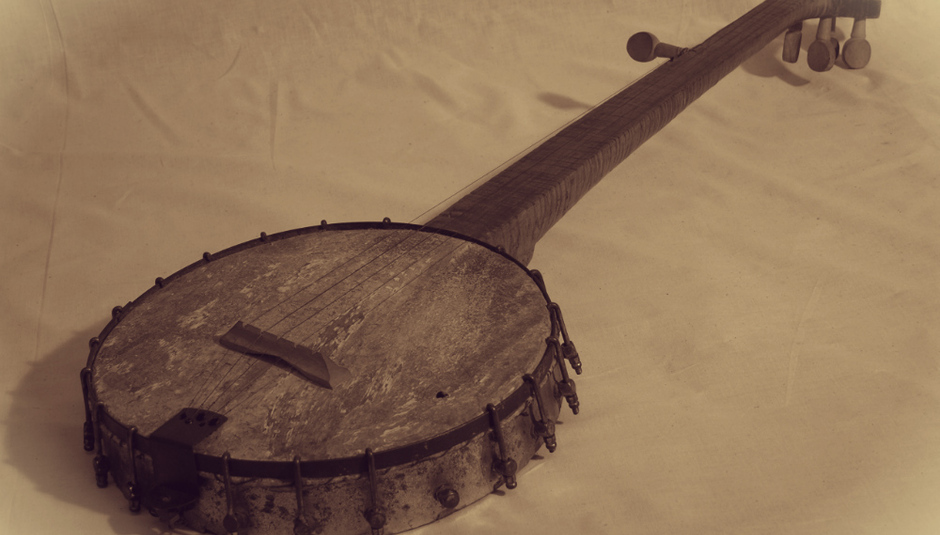 The world was plunged into a state of shock earlier this year when Mumford & Sons announced that there would be no banjo on their latest record, Wilder Mind. While there has been much media attention on the band’s shift into generic indie-rock territory, we still haven’t heard the banjo’s side of the story. DiS’ intrepid reporter JR Moores tracked down the maligned instrument...

Yes, sorry about that, TAFKAMB. When did you find out that you weren’t on the new Mumford & Sons record?

I knew they’d started recording. My good friends Mumfords’ Bass Guitar and Mumfords’ Snare Drum had visited the studio. I assumed I’d be called in after the rhythm tracks were laid down. That never happened. Then Marcus’s quotes started appearing all over the press: “no more banjo”, “the banjo is dead”, “fuck the fucking ban-fucking-jo”, that kind of thing. He didn’t even have the balls to tell me in person, the Patrick Marber-faced coward.

How did that feel?

Have you seen that Foo Fighters documentary where Dave “nicest guy in rock” Grohl starts sneaking into the studio and re-recording his drummer’s parts without telling him? It felt like that. Only slightly less embarrassing cos I was never in the Foo Fighters.

Have you heard the new album?

What about the live show? Will you still be part of that or will the band reimagine their old songs in their new quasi-Coldplay style?

I won’t be touring with them. Whether they’ll have a replacement banjo, I have no idea. The banjo world is pretty close-knit and I haven’t heard of anyone else getting the call. Mind you, Sufjan Stevens’ banjo is a pretty unscrupulous bastard, so I wouldn’t be surprised to see him up there. The wide-necked git.

What were the tours like? Lots of laddish jokes about Marcus breaking his “banjo string”, I imagine.

Yeah, there’s always a bit of that. Mumfords went to all-boys private schools though, so the banter was even more revolting than usual. Glad to see the back of it, really. The things they would do to an young flugelhorn...

You’ve received a lot of support on Twitter. Are you aware of the #bringbackthebanjo hashtag?

I did hear about that but I’m not on Twitter myself. There’s somebody on there pretending to be me. “@mumfordsbanjo” or whatever. I guess you know you’ve made it when you have your own parody account. It’s nice that people want me back in the fold but frankly you’ve got more chance of seeing Hooky rejoin New Order.

What does the future hold for you?

I’m going to take a break. See what opportunities arise. The pay’s not as good, but I could always go back to the bluegrass circuit. I’m considering forming a supergroup with Big Black’s drum machine, Laura Marling’s English accent and Leeroy from The Prodigy.

You could cameo in a Deliverance remake directed by, say, Len Wiseman.

I’d rather be fucking firewood, mate.

Wilder Mind is out now.