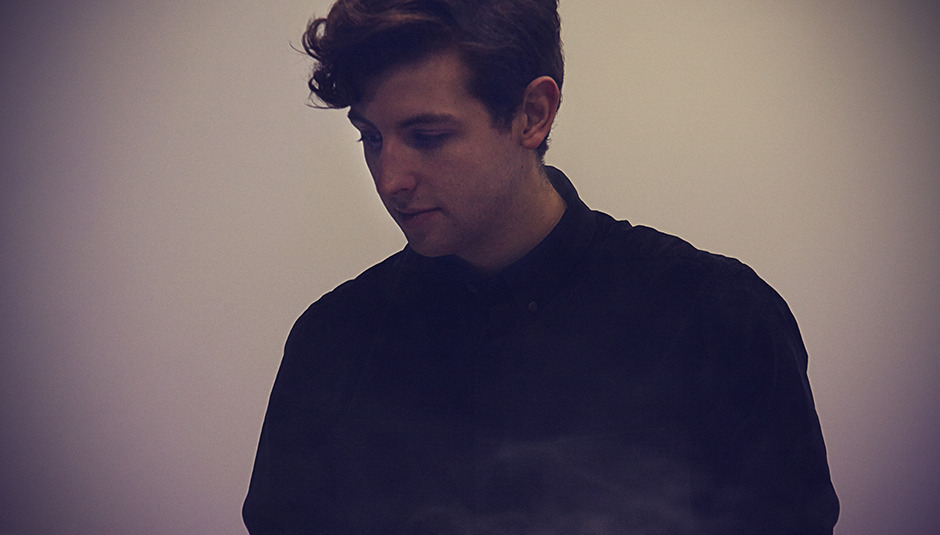 Hello and welcome to brand new edition of DiS Does Singles.

Today we’ve got new songs for you from Rihanna, Shamir, Charli XCX and Girls Names. Really, Jamie xx’s ‘Loud Places’ is on another level altogether. That’s why it’s Single of the Week.

Cut price vodka Red Bulls, sticky dancefloors and lusty fumbles, they're all tied to a dizzy realm of escapism. One where making rent and catching the 4am bus home are distant concerns. Living in the moment is all that matters, just so long as you can embrace sensory overload.

'Loud Places' is about those moments when you're out but stuck elsewhere. Surrounded by strobe lights and blaring percussion, Romy Madley Croft fixates on a break up. "Didn't I take you to higher places / You can't reach without me?" she sings as the track leans towards euphoria.

It's this disconnect between anguish and ecstasy that makes Jamie xx's latest solo single a triumph. In The xx with Romy and Oliver, the songs he contributes to are confessed over whispish guitar lines. Their intimacy is couched in breathless silence and hushed bass tremors.

On 'Loud Places', piano chords struggle for air alongside over a general hubbub of excited conversation and rasping drum beats. With so many people reaching for transcendence, a frenetic air of claustrophobia seeps through your headphones. Who’s going to fall short and get stuck on a shit night out?

Not everyone gets to leave their woes at the front-door with a slaphead bouncer, or hurriedly shove them into the cloakroom. In recreating the feeling of being lost in ‘Loud Places’, Jamie xx has made loneliness a shared experience. That’s a sensation to savour.

One of Rihanna's best traits as a popstar is that she can sell pretty much anything. Not just coconut water or high street clothing, but naff lead singles too. RiRi's Grammys performance of 'FourFiveSeconds' was the show's most notable moment in February before Kanye stomped all over Beck's Album of the Year win. Dressed in a power-suit with slicked back hair, she pelted out the track's high notes with total conviction.

Enough to make you think, 'Maybe I misjudged this sweet Macca-lead singalong after all.' Then, of course, you listened to it again and realised you were right all along.

Bearing this in mind, 'Bitch Better Have My Money' isn't necessarily good but it is believable. Rihanna probably does have a lot of cash, enough to be surrounded by people who think her releasing a trap track is a grand idea. It’s the hashtag of the summer, for sure.

Call It Off (XL Recordings)

As someone who loves all The Muppets movies, even the one starring Ricky Gervais, Shamir's latest video could not be more amazing. Not only does it feature a futuristic disco banger of the highest order, it also has the Las Vegas singer depicted as a fuzzy-limbed puppet.

‘Call It Off’ comes from the Ronseal school of electro-pop in that it sounds like it’s about giving someone the romantic heave-ho, and it is. “I've been trying to find a reason to keep us together,” insists Shamir in his sweet high-pitched coo, although you suspect these efforts efforts were short-lived. Whatever the effort that went into ditching his other half, rest assured this single will have your toes tapping 'til the weekend.

Bash 'Lonesome Street' into Google Maps and you'll end up in Soldotna, Alaska, which is a long way from anywhere.

Whether Damon Albarn did the same before writing this latest cut from The Magic Whip or he just wanted to bore on about his favourite subject of suburban malaise is up for debate. Still, Coxon's on this one.

Although Charli XCX's album campaign is basically done and we can almost pretend that Rita Ora collaboration never happened, it seems the YouTube Music Awards stumped up enough cash to justify a 'Famous' video.

Will the sight of someone bleeding emojis shift any records? No. Should you watch it anyway? Obviously.

Since The Horrors are on hiatus this year, they won't be announcing their return with an immense krautrock wig out. In their absence, Belfast's Girls Names have stepped into the breach with a swirling epic of their own.

In which a pregnant Tahliah Barnett pulls multicoloured fabric from her vagina. Because what else did you expect?

Girlfriend of the Year

"I don't really listen to music apart from my own and R Kelly... I do love R Kelly because he's such a ridiculous guy."