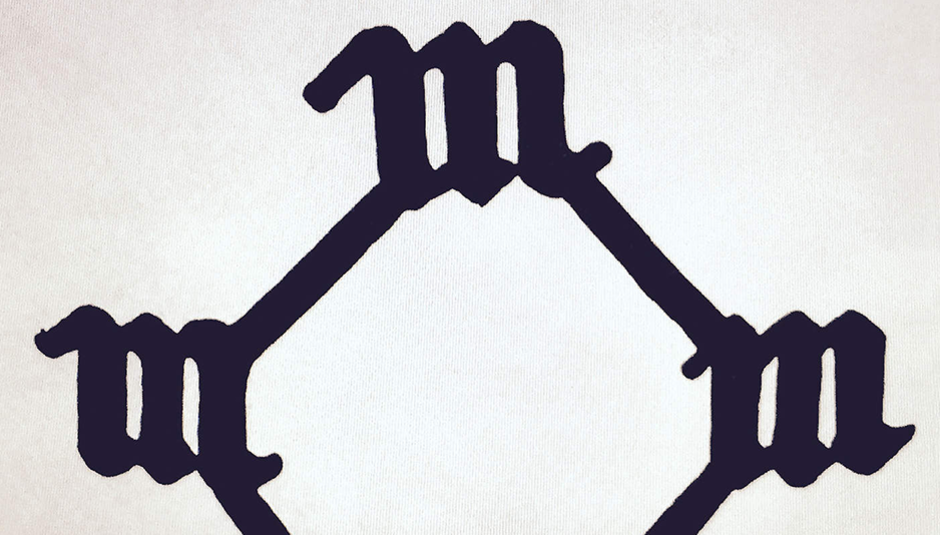 Hello. It's time for a brand new edition of DiS Does Singles. That means you'll find the best new music from last week in one big list below. Like so...

Whatever you think of Kanye West, it's hard to deny he's a world class contrarian.

Kanye's most potent when rapping about consumerism, say on 'Black Skinhead' or 'Diamonds From Sierra Leone', but he desperately wants acceptance from the world of high fashion. He rallies against class and exclusivity, while charging £250 for his Yeezy Boost sneakers and £50 a ticket for a last minute gig at London's Koko. Most significantly, he wants to be a crowd-pleaser while pushing mainstream hip-hop in challenging new directions.

So what does this mean for 'All Day'? In short: it's a mess. A great big glorious mess. Really, Yeezy's latest single from the forthcoming So Help Me God should cut off around the four minute 18 seconds mark. Right before Paul McCartney's whistling interlude, which bursts out of the ether for seemingly no reason other than, 'Why not?'

When you really think about Kanye’s best bangers, most of them stem from exactly the same question. Why not sample the most blinding popular Daft Punk song from just eight years ago? Why not get Jamie Foxx to do a Ray Charles impression? Why pay homage a really awful Will Ferrell movie, twice?

Bearing this mind, ‘All Day’ may well represent the pinnacle of Kanye West-made chaos. Its breathy autotuned hook is scattered almost randomly across the song, it sees “ball” rhymed with “mall” and “fly” mirrored with “high”, and that cacophonic outro makes even less sense the more you listen to it. Still though, what a tune.

Listening to 'All Day' makes you feel like you're the leader of the last gang in Mordor. It's an undeniable anthem from the world’s most divisive popularist... Oh go on then, 'genius'.

If you tuned into Zane Lowe’s final Radio 1 show last week, then you’ll have been treated to two hours of alt-hits from the past 12 years. Crossover classics from The White Stripes, Friendly Fires and Kendrick Lamar all featured in the programme alongside less celebrated cuts, such as Willy Mason’s ‘Oxygen’ and ‘Exhibit C’ by Jay Electronica.

This jaw-dropping ode to homelessness in New York was first released in 2009 and instantly heralded as a hip-hop hall of famer. Six years later and Jay’s most significant track since is arguably ‘Control’, which saw Kendrick Lamar trample over both him and Big Sean with ferocious dexterity. “I got love for you all but I’m tryna murder you n****s,” spat Lamar, and so he did.

Whether or not ‘Road To Perdition’ hits those same tremendous heights, its excellence is unquestionable. A rags to riches tale from the recent past, you’ll feel its fire and brimstone braggadocio tinge your eardrums through sheer force of conviction. Having vacated his seat at rap’s top table, Jay wants it back and then some.

“Okay, it’s a Slumdog opera,” spits the New Orleans native. “The tale of a king whose name wasn’t on the roster.”

For the first time in what seems like forever, that’s a story I want to hear more of.

Grime’s resurgence had been gathering pace long before Kanye’s newfound patronage for the scene this past fortnight. Both Novelist and Stormzy were nominated for this year’s BBC Sound Of list, while Skepta’s ‘That’s Not Me’ peaked at Number 21 on the UK Top 40 last summer. Then there’s the totemic Boxed club night in London, which is set to celebrate its second birthday next week.

With a bird’s-eye view over the hype maelstrom, you’d hope Skepta might be able to offer some perspective on ‘Shutdown’. Instead he’s sampled a Vine from his buddy Drake and let rip with a three minute outburst of chest-thumping bombast.

“I was in Paris, shut down l'Arc / New York, shut down Central Park,” he boasts matter-of-factly. “Talk about London, yo Frisco where shall I start?”

Seems like you’ve got it worked out already, mate.

Without You (True Panther Sounds)

There are certain labels that you trust innately, no matter what your misgivings. Rough Trade, Slumberland and Young Turks three that immediately spring to mind, and True Panther Sounds is another. Having brought Christopher Owens’ Girls into the world, this Matador offshoot has struggled for an act to hang its hat off. Until the arrival of Tobias Jesso Jr., that is.

A piano balladeer who’ll soon have your heartstrings under lock and key, his songs are simple and pure in a way that’s utterly disarming. “I can hardly breathe without you,” warbles the Vancouver-born performer over plaintive piano chords. “There is no future I want to see without you.”

What’s that in my eye? Well, the pollen count is ludicrously high for this time of year - so shut up about it.

Courtney Barnett an incredibly talented lyricist, of that there's no doubt. From a “percolator” to “pressed metal ceilings”, 'Depreston' finds substance in the kind of suburban mundanity most eyes would gloss over. "If you've got a spare half a million / You could knock it down and start rebuildin'," reflects the Melbourne troubadour as she peers around her potential home to be. Propping up this dazzling wordplay is a truly threadbare tune.

Fumbling and pautious, it drags ‘Depreston’ onto just the right side of understated. Coincidentally, this is where Barnett happens to be at her best.

I Can Never Be Myself When You’re Around

(Italians Do It Better)

Chromatics are a band with a breathtaking scale of imagination. Enough to make you want to pirouette around the Shard or two-step with Nelson’s Column. To hell with Technicolor, Johnny Jewel must dream in 8K from the sound of ‘I Can Never Be Myself When You’re Around’.

From Hot Chip imitators to dancefloor savants with a thirst caterwauling swells of feedback. You’ve changed, Outfit. For the better.