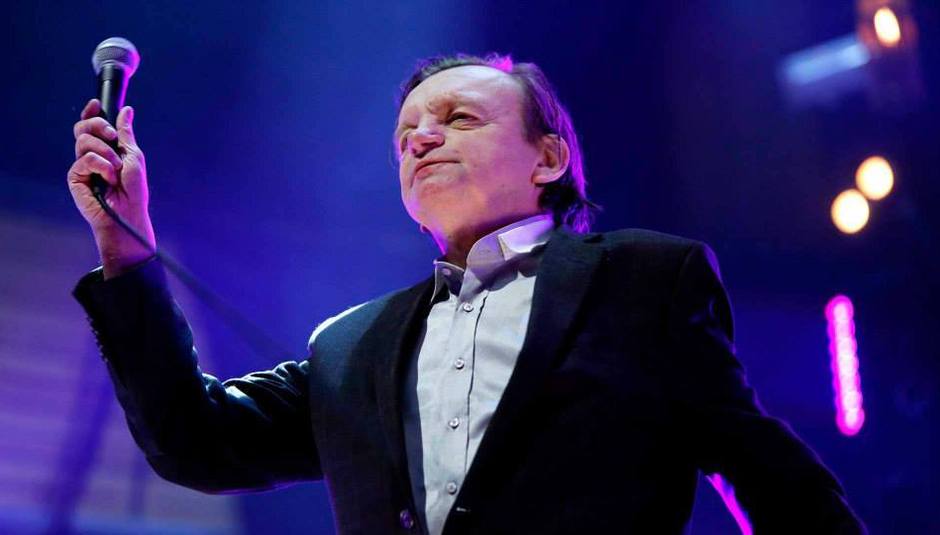 With everyone’s ears still recovering from being Mogwaied last night, it’s an early start for the first installment of 6 Music Festival By Day. The variety of the daytime line-up is a massive positive for the festival, which illustrates just how much thought has gone into its planning.

It would probably have been very easy for the BBC to just put on three nights of gigs with four big name bands playing in the O2 Academy or the Sage. However, by engaging with venues like The Cluny, The Star and Shadow and The Cumberland Arms for live performances and conversation sessions, they’ve created a richer experience.

The day begins with the surreal spectacle of Bryan Ferry in conversation with Lauren Laverne in the cosy setting of The Cluny 2. His politics may make him something of a divisive character, particularly within this region (for what it’s worth, I have no strong opinion about him or his music either way), but there’s no doubt he’s an interesting and erudite speaker. The discussion is largely focused locally, as he talks at length of his formative years in the area and nights spent at jazz clubs seeing the likes of Wilson Pickett and watching Ella Fitzgerald playing Newcastle City Hall. Clearly, Ferry is the superstar here, but Laverne’s contributions to the discussion are valuable too, and between the two of them they arrive at a nice summary of the identity of the North-East people as ‘Bleak, romantic, slightly sentimental dreamers’.

Ferry is followed at The Cluny 2 by a panel discussion with some of the region’s finest artists in the shape of Paul Smith, Nadine Shah, Ross Millard, Beth Jeans Houghton and David Brewis. The five of them make many interesting points about what it’s like to make music in the North East of England. Smith outlines the benefits of the region’s isolation in allowing a band the breathing space to develop themselves before launching nationwide. Millard and Brewis spin inspiring tales of the DIY spirit which fuelled their endeavours, while Houghton and Shah address the inherent sexism of a music industry which considers ‘female artist’ to be a genre in itself.

By lunchtime, Ouseburn has truly woken up, with brass bands playing outside the farm and the venues as packed as you’d normally see them on a busy Saturday night. Inside the main room of The Cluny, The Wave Pictures and Slug deliver excellent performances, with the former’s set filled with those unassumingly inventive songs they’ve been making look so easy for so many years now. Slug are an equally likeable prospect, with front man Ian Black’s eccentrically cuddly showmanship at the forefront of a performance which is jam-packed with musical ideas. It’s a more frantic take on the outsider-pop which the North-East (and particularly his Field Music band-mates Peter and David Brewis) has specialised in down the years. Marc Riley’s clearly a big fan, and I think he might be right in his prediction that the album’s going to be great.

No matter how good Slug and The Wave Pictures are, though, they are blown off stage by the band who played between them, Joanna Gruesome. Newcastle’s wait to see them hasn’t been as long as the one for Sleater-Kinney, but their presence today is no less exciting than Sleater’s was last night. The set is a true punk-rock riot, with all five members emitting sparks of furious energy. As they lay waste to ‘Secret Surprise’, ‘Graveyard’ and some brilliant new songs, it feels at times like they’re playing for each other rather than an audience, but that’s absolutely fine. It doesn’t feel ungracious or insular, it just enhances the feeling that this is a band who are taking on the world as a gang. If there’s a more exciting or important band playing shows of this size in this country at the moment, then I haven’t heard them.

Come nightfall, the event crosses the Tyne to the Sage Gateshead where Ghostpoet opens the night. His collaboration with Nadine Shah is the highlight of the set. The gothic drama of Nadine’s voice is a perfect addition to a song which is practically post-punk with its abrasive, scratchy guitars and loping low-slung bass. It’s a tough call deciding to leave Ghostpoet’s excellent set to catch some of Maximo Park, but it’s a good choice too, because they’re on fine form. Paul Smith might not be to everyone’s tastes, but tonight he reminds us just how brilliant a front man he is - a true pop star who could only have emerged from the North East.

Maximo are followed in Hall One by The Fall. I’m one of those people who has never quite found the time to explore Mark E.’s back catalogue, so until this evening he has remained something of a mythical creature to me. He's always been in my peripheral vision, as some sort of legendarily cantankerous and improbably prolific old soak.

I can’t pretend to have a clue whether tonight constitutes a good Fall show. It’s a fascinating experience seeing an ultra-tight band soundtracking the incomprehensible ramblings of a drunken ghost. It's a ghost who insists on throwing mics to the floor and turning down his band’s amps at random. It’s particularly funny seeing the look on the sound engineer’s face towards the end of the set. His resignation to his inability to impact things is writ large, like a football manager whose team find themselves five down after half an hour.

The Fall’s set is the time I start to ponder how The Sage’s choice to remove the seats from Hall One for the festival is undoubtedly a positive move. Apparently it’s an expensive and time consuming endeavour, but the flexibility to transform the theatre environment into a more conventional large gig space could prove crucial if they are to erase the perception of it as a sterile, excessively polite space. A more relaxed approach could truly give them a new lease of life, which would be great because there’s no questioning the grandeur and beauty of the setting. Tonight really is an example of the potential of the place, and it’s more vibrant and alive than I’ve ever seen it in its ten years of existence.

Speaking of alive, the final two bands I see tonight round off a fantastic day in electrifying fashion. It’s a tough call selecting a headliner from the three-way clash of Hot Chip, The Cribs and Gruff Rhys. I opt for the former, because, hey, it’s Saturday night and Hot Chip know how to get down. It’s clear they’re itching to go after a spell away from performing live and even drummer Sarah Jones is pretty much dancing as she plays. Their performance is a joy, an infectious, grin-inducing feast of party music.

However, their thunder is stolen just a little bit by the incredible performance of Django Django in the slot before them in Hall Two. Sporting an impressive selection of garish old football shirts, the foursome inspire one of the most impressive displays of uniform crowd excitement I’ve ever seen. There’s not a single person on the floor not dancing by the time they’ve finished. I don’t just mean self-conscious shuffles, we’re talking the kind of frenzied flailing you used to see in videos of hyped-up Beatles or Elvis fans. The joy is as unfettered onstage as it is off it, with the band constantly flitting all over the stage in the performance of their weird and wonderful tropical robot funk. Truly life-affirming stuff, and a fitting way to remember a brilliant day of music.

In case you missed it: Paul's report from Day 1, featuring highlights from Sleater-Kinney and Mogwai's sets, can be found here

"Feeder is still a massive part of my...