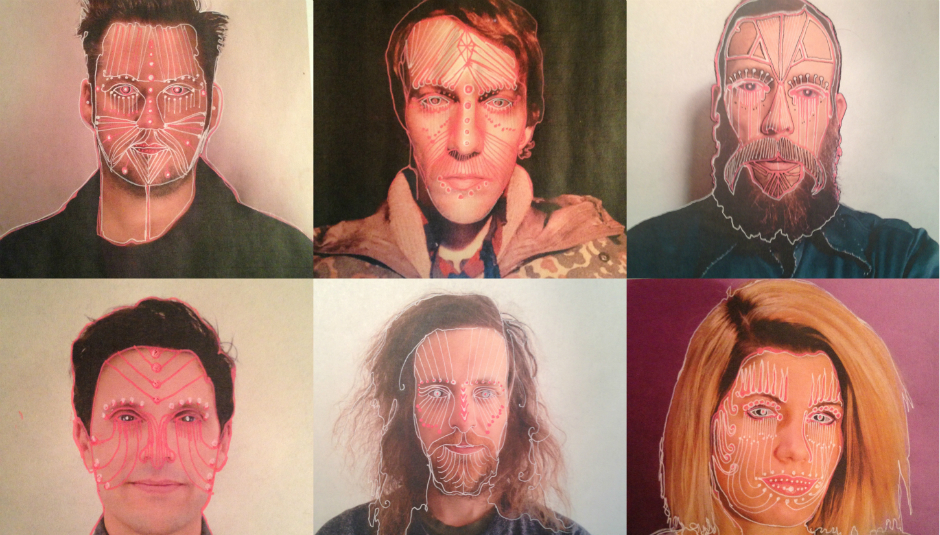 Hello and thanks for tuning into the latest edition of DiS Does Single.

Today, we’re once again obsessed with Modest Mouse. ‘The Best Room’ is our Single of the Week and we’ve compiled a grand old playlist of our favourite tracks by Isaac Brock and co to celebrate.

Elsewhere, we’ve got several more great new songs from the past seven days including tracks from LA Priest, Young Fathers, DJ Mustard, Giorgio Moroder and several others. Get stuck in why don’t you?

Surely you didn't think they'd be gone forever? Eight years after We Were Dead Before The Ship Even Sank, Modest Mouse are finally about to put a new album out. Sure, Strangers To Ourselves' release date may have been pushed back last week but we can hold tight until March 16. It looks as though Isaac Brock and co have something special on their hands.

'The Best Room' follows on from both 'Coyotes' and 'Lampshades On Fire' in being inconceivably better than expected. After a sub par fifth record, aborted sessions with Krist Novoselic and Big Boi, and the departure of longtime bassist Eric Judy the omens weren't good for Strangers.... Following up a US Number 1 album has clearly proved troublesome for Brock. So much so that when Modest Mouse's European was cancelled two years ago it barely came as a surprise. Still, you can never quite give up on the band behind The Moon & Antarctica.

"Seeing Isaac Brock—that's when I learned that there are no rules in singing," wrote Mark Kozelek this week in conversation with Ben Gibbard, and it's easy to understand why he'd make that claim. That fevered stream of consciousness showcased on 'Cowboy Dan', 'Bukowski' and now 'The Best Room' is utterly inimitable. Constantly ratcheting up the syllable count while bouncing from one offhand observation to the next, you're assaulted with verse and prose until the tension breaks.

"The family living upstairs must have a fleet of rider lawn mowers / While the novelist to my right's convinced that every woman's a whore," states Brock matter a factly, as if to show his absurdist sense of humour is still intact.

Combined with a 30 second guitar solo that forms the track's extended centrepiece, it's safe to say your favourite Washington outfit are still as insane as ever. Just as significantly, they seem to have their mojo back. With its rat-a-tat-tat of percussive zest and familiar serving of 21st century angst, ‘The Best Room’ ranks as another Modest Mouse classic. Here’s hoping we don’t have wait so long for the next one.

Nominate your own favourite on DiS’ music board.

Once upon a time, Klaxons were seriously considered to represent the cutting edge of pop culture. For this reason, alongside what must have been a significant Class A influence, Late Of The Pier were signed to a major record label. Their gloriously odd debut album Fantasy Black Channel scraped into the Top 40 and they then disappeared without a trace. Until last week.

That's when LOTP's former lead singer Sam Dust unveiled his debut single as LA PRIEST. An effervescent slice of spectral pop, 'Oino' twists and flexes from hysteric guitar squawks to stabs of housey synth as though the two are easy bedfellows. It's hella weird and wickedly infectious. Old habits die hard then.

Most Mercury Prize winners follow a narrative. They've either been talked up as potential victors since the moment their debut album dropped (The xx, alt-j, Arctic Monkeys) or been nourished by a steady offering of critical acclaim throughout their career (PJ Harvey, Elbow). That wasn't the case with Young Fathers, who were outsiders before their triumph and haven't been embraced by the mainstream since then.

This makes 'Rain Or Shine' a curious choice of lead single for the Edinburgh hip-hop trio. The first cut from White Men Are Black Men Too revolves around one decrepit organ riff for four minutes without so much as a singalong moment. "Got Jesus in my life. Got demons in my life," croons a detached G Hastings before being swiftly engulfed by lo-fi percussion. Brilliantly subversive and bristling with energy, we wouldn't have Young Fathers any other way.

With Iggy Azalea and Macklemore now dominating the world of Grammy-nominated hip-hop, Kanye West is fighting back by reclaiming country music back from white people. That's what someone smarter than us said about 'FourFiveSeconds' and there may be a grain of truth to it. After the hyper-abrasive Yeezus, what could be more confrontational than West's switch reverse to the sound of America's heartland genre?

In truth, this Yeezy/Rihanna/Macca collaboration is frustratingly tepid. It relies on star power to grab your attention and doesn't have a strong enough chorus to merit its threadbare production. Even with the help of hip-hop's producer du jour, the single isn't much better. DJ Mustard has been hired to make the sorry affair more radio-friendly and what this results in is 'Cotton Eye Joe' with a donk on it.

It's been 23 years since Giorgio Moroder last released a studio album and at least a decade since Kylie Minogue single worth caring about. One that could sit on the first five songs of her Greatest Hits. Thankfully, the two former collaborators got back to together for 'Right Here, Right Now'. An Italio disco banger if ever there was one, this glistening cut from 74 is the New 24 has 'late career revival' written all over it.

Sticking to the template Daft Punk liberally borrowed from on Random Access Memories, the track melds blaring synths with glitterball guitar in a way that's timeless. Meanwhile Minogue spouts all sorts of foot stomping nonsense, "Staring in your eyes. I see the sunrise." What a way for the pair to reintroduce themselves.

Diet Cig are fast becoming a band worth cherishing. Last week the New York duo dropped 'Harvard', their infectious ode to a snobby ex-beau. Now they've followed it up with a video for the self-explanatory 'Scene Sick'. "Fuck all your romance. I just wanna dance," sings a delirious Alex Luciano. Oh, go on then.

"And no, nothing ever really started with a kiss. Another night, another town, another licensed premises."