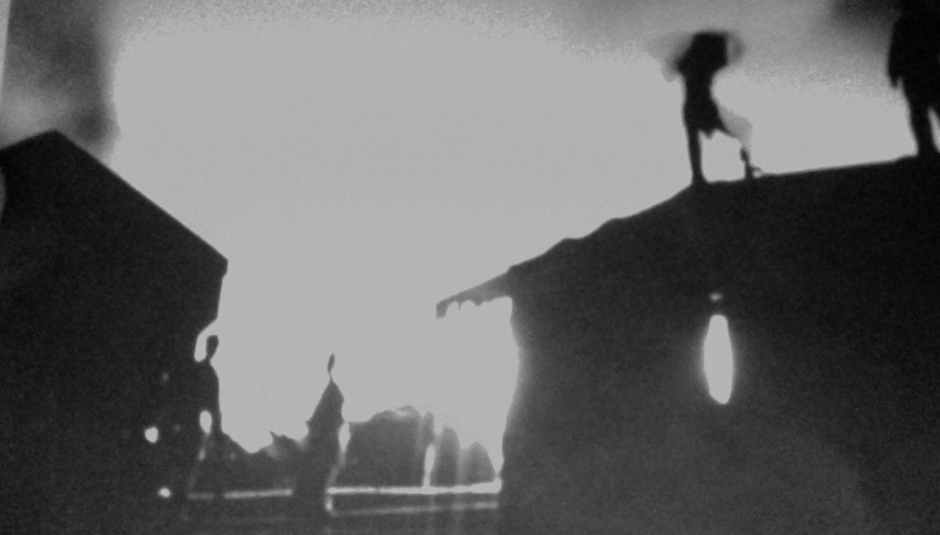 This column, unfortunately, begins with more conclusions than it ought to. As the year peters its way to an end, we’ve encountered with the news that Screaming Maldini have announced that they’ll be shutting down operations indefinitely. After a fair few years pummeling out gutsy complex, pop songs, the five piece have announce they will cease to be after one final show at Queen’s Social Club on December 5th.

Also, the people of Sheffield are protesting a much more tangible end, that of the two separate but ethically similar attempts to destroy (in a literal, not just melodramatic sense) Sheffield’s most treasured cultural areas. At the time of writing, plans for the redevelopment of independent shops on Division Street and the practice spaces in the Cultural Industries Quarter are entering the ‘really quite likely’ phase of their existence. Times are uncertain, and it’s a frustrating and saddening reflection of the Council’s priorities.

Despite the smell of cessations heavy in the air, things carry on, and if anything, the past few months have been especially fruitful, regardless of, or in defiance of the news. Back in late September, Sensoria Festival happened, brining all sorts of film and music collaborations into the city. Esben and The Witch performed a live soundtrack to ‘La Antena’, and the outdoor screening of Talking Heads’ ‘Stop Making Sense’ concert film at Furnace Park was a sell out event.

Gigs of note include, as you’d expect, Hookworms at The Harley. They played tracks from new album ‘The Hum’ and was particularly special considering the downsized gig was in the sort of venue it will soon be a rarity to see them in. The following night was something of a treat as well, as Leeds-based electro funk gang Galaxians played a set at The Audacious Art Experiment. And way, way back Slowcoaches visited, supported by their own splinter group Feature and local bands Pet Rock and Radical Boy.

Although it’s geographically and thematically beyond the remit of what this column usually covers, Hopeworks has had a strong game of late. Resident Advisor curated a night at the out-of-town industrial space, with Berlin ambient techno producer Rodhad supported by (considerably less ambient) Perc. Just weeks later they had Mount Kimbie and young, rising Manchester producer Werkha in the building. Both were nights you could be forgiven thinking didn’t exist beyond warehouses in Manchester and London. In a similar ‘thing to bear in mind’ vein, The Tuesday Club’s roster is always worth a look. As student nights go, this is by far the best, with a reputation far beyond the reaches of The University of Sheffield’s Students Union. Previous headline slots from DJ EZ and an upcoming Zed Bias show prove it’s never worth dismissing.

Continuing in a somewhat esoteric vein, Blood Sport’s label Hybrid Vigour hosted Ghanean musician King Aiysoba at TAAE, facilitating an on stage collaboration between the two acts that forayed into the furthest corners of the experimental, whilst underpinned by universal, unapologetic rhythm. Their next act as ambassadors of the unfamiliar is to put on Scottish synth band Whilst at new venue 156 Arundel Street (down by the train station, isn’t it?) on the 6th December.

Sheffield Food Collective are promoters with a philanthropic angle. They recently put on sixties surf rockers The Bell Peppers and two-piece Dirty Heels at Shakespeare’s, with a concessions for those who donated goods to Sheffield Food Banks on arrival. Promotion duo Sam + Sofia have been putting on small interesting shows of late. For their Christmas show they had Sweet Baboo and The Pictish Trail in The Greystones and not to long ago they had Seoul-based folk and loop musician David Thomas Broughton in their own living room in their own home.

LADIYfest Sheffield has been particularly active. As part of Off The Shelf festival, a panel discussion was held, chaired by Julia Downes, alongside Stephanie Phillips, Sarita Karir and Alanna McArdle, broadly titled ‘Women Make Noise’ and concentrating on issues surrounding women within DIY music. It came at a particular pertinent time, as it’s worth noting here that there has of late been some serious discussion about issues of sexism, exclusion and bro culture, aimed at a couple of Sheffield bands, initiated mainly by McArdle’s Tumblr post, which can be read here. http://alanna-mcardle.tumblr.com/post/96366234558/some-thoughts-on-the-nai-harvest-artwork-i-used.

The counter-arguments by Nai Harvest and Avida Dollars are out there to be read, and if you’re at all inclined, you really ought to have a read. However, whichever view you take, it was refreshing to see social media used as a tool for communication, and to see the scene discussed within the terms of its responsibilities, as opposed to dismissing it as irreverent. Expression and inclusion - it seems - can occasionally be at odds with one another, and whether or not that tension has been wholly resolved, at least anyone who has ever characterised local music scenes an inconsiderate or unthinking has been comprehensively proven wrong.

With regards to releases, TAAE are planning to put out Jim Ghedi’s album Destroy All Your Earthy Possessions, which was recorded, mixed and mastered inside the space. Gedhi works within the realms of spoken work and deconstructed jazz elements, building upon Bjorkian landscapes to intriguing effect.

Late September saw the launch Peak 2 Signal Noise on the actual television. It’s Sheffield Live’s flagship (read: only) experimental arts, music and sound programme. But that’s one more than a heck of a lot of local TV stations can boast. The programme is put together by a whole host of promoters, labels and film people such as Singing Knives Records and abstract image-makers Tinnitus Jukebox, and is streaming online now. Info.

For a while now the The Bare Project have been commandeering the old Woolworths unit on The Moor. Under the umbrella of ‘Theatre Delicatessen’, periodical spoken word, music, comedy and theatre events have culminated in a Dylan Thomas-inspired play, ‘Time Passes. Listen’, which is being performed until the 6th December. If you like your culture thoughtful, clever and in weird locations, it’s worth keeping an eye on what this lot are up to.

In the spirit of festive skintness, S1 Artspace is holding a pop-up exhibition entitled ‘£1 Fish’, where artists are invite to create a piece with a production cost of £1 and an artists fee of the same, followed by an anonymous audition. Definitely not one for the “well I could have made that” inclined, which is all the more reason to go, really.

So what’s worth penciling in for December and beyond? The gig machine is winding down, but there are still some parties to be had where you don’t have to wear daft things or spend time with your work colleagues. S1 Artspace is hosting a Christmas market on the weekend of the 13th December, which coincides with the second Peddler Night Market in Renown Works. Together they provide an opportunity to eat and drink nice things and pick up some thoughtful, definitely not Boots 3-for-2 gift sets for your friends you actually care about.

On an entirely different plane, Reggae/Garage/Dancehall night Roots are putting on revered Glasgow sound system Mungo’s Hi Fi. If you are, like myself, a sucker for an undisclosed location and/or are acting upon premature New Year’s resolution to diversify your musical pursuits, this is happening - somewhere in Sheffield - on Friday 5th December.

And unless you’re scary organised or have children, you’re probably after something to do on New Years Eve as well. New Abbeydale Road place Picture House Social is currently leading the pack with live sets Blood Sports, Seize The Chair, Avida Dollars and Cowtown, backed up by DJs Tom J Newell and Plenty Vibes. Never rule out a last minute game-changer, but this is as safe a bet you’re going to get.

The Half Earth – The Rocking Chair – Wednesday 3rd December

Send tip-offs for the next column to @_lucyholt on Twitter.