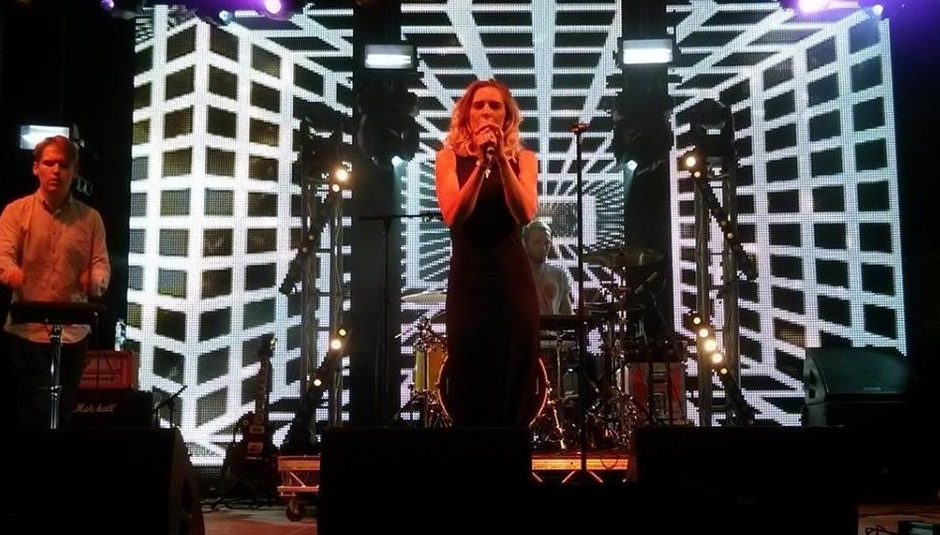 It's been a whirlwind two years for Lauren Henson, aka Indiana. In that time she's gone from playing a battle of the bands competition on Nottingham's market square to scoring a Top 20 single earlier this year, not to mention selling out venues and wowing several thousands of festival goers along the way. With debut album No Romeo set to come out on the 19th January, the Long Eaton born mother-of-two's hard work looks set to reap dividends in the coming months. Which makes this evening's intimate setting in front of approximately 100 people even more of an occasion. Not least because it's probably the last chance anyone will get to see her play in such a confined space.

Fittingly, tonight's venue, the elaborately decorated Suede Bar is owned by Indiana's partner, James. Having already established a clothing line (Some Kind Of Nature) alongside her musical venture, Indiana isn't looking to rest on her laurels any time soon. So it's rather touching that song in this evening's set is given a brief introduction first. Opener and forthcoming single 'Only The Lonely', a song Indiana co-wrote with Jesse Shatkin who also has a writing credit on Sia's 'Chandelier' is introduced as, "About being a lone wolf, an outcast and not changing for anyone." It bears a slight resemblance to Cyndi Lauper's 'Time After Time', Indians'a distinct vocal and sparse arrangement placing it in territories Portishead, Massive Attack and more recently FKA Twigs have set up residence.

Earlier this year, Indiana performed a versions of Gorgon City's 'Ready For Your Love' on Radio One's live lounge, and while not normally averse to covers, tonight's rendition is ample proof her delivery usurps the original and some. Having cited Cliff Martinez's soundtrack to the 2011 movie 'Drive' as a major source of inspiration, Desire's 'Under Your Spell' is audaciously reworked. Two of her earliest compositions come next in the shape of 'Erase', which he dedicates to her boyfriend in the audience as "a song about being dumped", and 'Animal', the first song she ever put online. Receiving a rare live outing here, it's introduced with the caveat, "I'll listen to my heart not my label next time," a reference to the song's omission from No Romeo.

Finishing with a trio of 'Solo Dancing', 'Heart On Fire' and 'Blind As I Am', arguably her best known songs to date, there's an air of jubilation both out front and on stage. Sticking around afterwards to chat, pose for pictures and sign autographs, Indiana exudes a confidence while remaining modest about her success thus far. Nevertheless, with such a distinguished body of work already and an album that's set to establish her as one of the nation's brightest talents, 2015 promises to be the year that shapes Indiana's destiny. Watch this space. 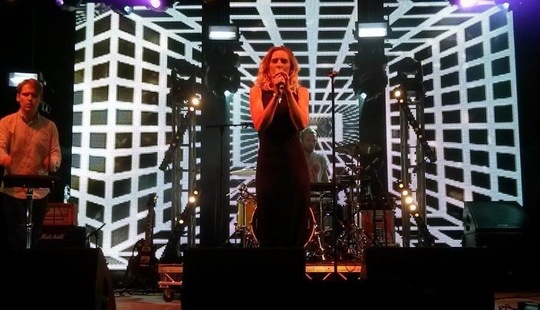 DiScover: The 20 Best Debut Albums of...