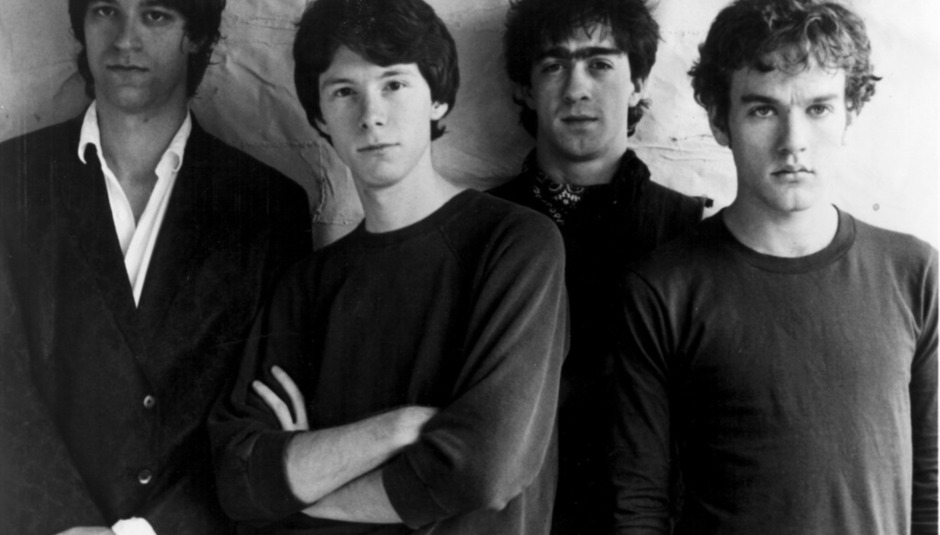 Hello and welcome to a special R.E.M.-themed edition of DiS Does Singles.

As you might have heard, the Athens, Georgia outfit are re-releasing their first run of singles in a shiny (happy) vinyl boxset next month. If you like owning amazing songs on plastic, then 7IN - 83-88 will already be on your Christmas list. If you’re not yet familiar with R.E.M.’s first five albums, then brace yourself for an absolute treat.

To that end, we’ve collated a potted history of the band’s greatest songs to never grace the UK Top 40. Read on for a slew of quotes, trivia and archived performances around the likes of ‘Superman’, ‘Driver 8’ and the rest of our favourites.

Released: 8 July 1981 Highest chart position: 78 (Billboard Hot 100) Did you know? ‘Radio Free Europe’ was originally recorded as part of a demo session with Mitch Easter at his Drive-In Studio in Winston-Salem, Carolina. This tape was then sent to record labels and music journalists with a note saying “Danger: Do Not Open”. Michael Stipe says: “I purposely did not want any of the lyrics understood. The main reason for that was that I hadn’t written any of the words yet. So I just kind of blabbered over the whole single.” We say: The quintessential college rock jangle.

Released: 15 May 1984 Highest chart position: 85 (Billboard Hot 100) Did you know? R.E.M. performed ‘So. Central Rain’ on Late Night WIth David Letterman on 6 October 1983, when it was still untitled - eight months before its eventual release. Peter Buck says: “It’s kind of a being away from home song without having the Holiday Inn and groupies in it.” We say: R.E.M.'s trademarked melancholy writ large with apologetic backing vocals.

(Don’t Go Back To) Rockville

Released: 16 October 1984 Highest chart position: N/A Did you know? One of R.E.M.’s earliest songs, ‘...Rockville’ used to be played at a lightning quick thrash and is an ode to Ingrid Shchorr was considering leaving Athens, Georgia in the summer of 1980. Michael Stipe says: “No one’s picked up on our country thing. My vocals are influenced by early country singers, mostly women: Patsy Cline, Skeeter Davis, Kitty Wells, and Wanda Jackson.” We say: A joke song turned serious and then funny again.

Can’t Get There From Here

Released: June 1985 Highest chart position: N/A Did you know? R.E.M. didn’t like the video format at first. Michael Stipe insisted on a live vocal take for ‘So. Central Rain’s promo clip while the rest of the bandmates performed as silhouettes behind white panels. ‘Can’t Get There From Here’s video was R.E.M.’s first real concession to MTV, featuring a bright colour palette and plenty of goofball antics. Peter Buck says: “It’s a tongue-in-cheek tribute to Ray Charles, James Brown, and all the great Georgia music giants.” We say: The most playful track from a decidedly maudlin album.

Released: September 1985 Highest chart position: N/A Did you know?: The verse chords for ‘Imitation of Life’ are lifted from those for ‘Driver 8’. Michael Stipe says (on the song’s ‘destination’): “[It’s] something that’s almost unobtainable, it’s almost an idea, almost this fantasy or this dream, and you’re fooling yourself into believing that it’s almost obtainable, when in fact it really isn’t.” We say: R.E.M. don't really do riffs, but this one is a beauty.

Released: September 1985 Highest chart position: N/A Did you know? Mike Mills wrote the music for ‘Wendell Gee’ after hearing a Fleetwood Mac song, while its lyrics were inspired by a town in Georgia where everyone’s last name is Gee. Wendell himself ran a used car business and died at 69 years old on 25 November 1995. Peter Buck says: “I really hated the track for a long time.” We say: A downbeat swoon for times gone by.

Released: August 1986 Highest chart position: 94 (Billboard Hot 100) Did you know? ‘Fall On Me’ was originally about acid rain, but was written multiple times throughout 1985 and broadened in scope to become a meditation on oppression. Michael Stipe says: “This may well be my favourite song in the R.E.M. catalogue.” We say: Ours is 'Harborcoat', but this comes close to the top spot.

Released: November 1986 Highest chart position: N/A Did you know? Peter Buck discovered The Clique's song while working as the manager of Wuxtry Records in Athens, Georgia. Godzilla says (the track’s opening noise is taken from a Japanese doll): “This is a special news report. Godzilla has been sighted in Tokyo Bay. The attack on it by the Self-Defense Force has been useless. He is heading towards the city. Aaaaaaaaagh...." We say: A cover version that could well be an R.E.M. original. Blame it on the comedically blithe self-assurance.

The One I Love

Released: August 1987 Highest chart position: 9 (Billboard Hot 100), 61 (UK Singles Chart) Did you know: Stipes repeated cries of “fire” in the song’s chorus were originally him screaming incoherently. Michael Stipe says: “That song just came up from somewhere and I recognized it as being real violent and awful.” We say: R.E.M.'s first song with 'love' in its title isn't something you can cuddle to.

Released: 16 November 1987 Highest chart position: 69 (Billboard Hot 100), 39 (UK Singles Chart) Did you know? ‘It’s The End Of The Word...’ was chosen by Greenpeace to feature in an album it distributed across the Soviet Union. As part of this Michael Stipe had to submit its lyrics to the Russian government for approval. Michael Stipe says: “[I was dreaming] I was at Lester Bang’s birthday party and I was the only person whose initial weren’t LB. So there was Lenny Bruce, Leonid Brezhnev, Leonard Bernstein… So that ended up in the song along with a lot of stuff I’d seen when I was slipping TV channels.” We say: Cold War paranoia spat out with whip-smart panache.

Released: March 1988 Highest chart position: 50 (UK Singles Chart) Did you know? This track was originally meant to feature a horn section, but R.E.M. couldn’t get the arrangement together in time for Document’s release. After their fifth album hit record stores, the band went back to the studio with The Uptown Horns from New York to create a ‘Mutual Drum Horn Mix’. Peter Buck says: “The minute we wrote that, we pretty much knew it had to be side one, track one.” We say: An anthem of industrial proportions.

Sources: On the off chance you enjoyed this column, then consider investing in Tony Fletcher’s Perfect Circle: The Story of R.E.M., Craig Rosen’s R.E.M. Inside Out and Rolling Stone’s R.E.M. The Rolling Stone Files. Because not all information is on Wikipedia.

"We've got big visions for where we w...