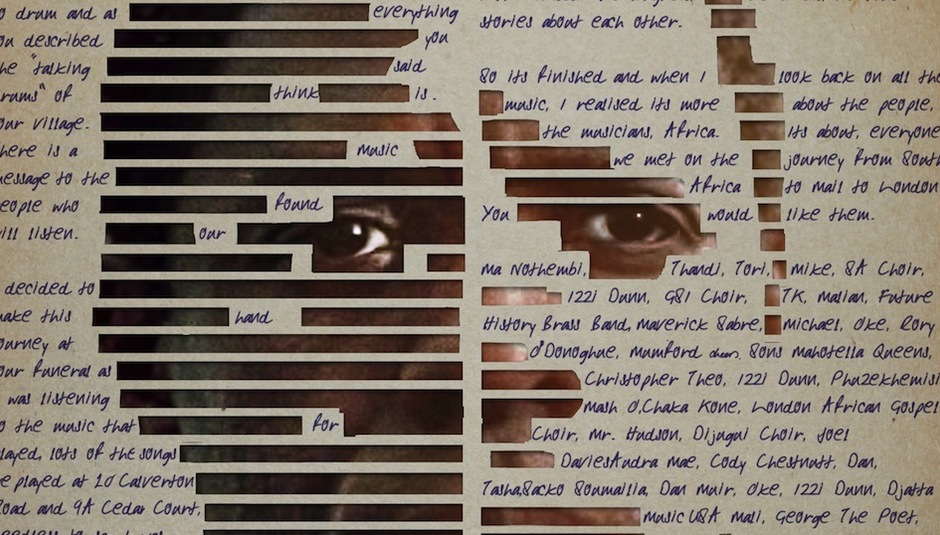 DiS meets Idris Elba: "I can’t call myself a musician really…I’m more of a curator of music"

DiS meets Idris Elba: "I can’t call myself a musician really…I’m more of a curator of music"

There’s a certain amount of expectation when interviewing a man of Idris Elba’s stature.

Literally – he’s a big guy, DJing in his youth under the name ‘Big Driis’, and a good looking guy to boot, regularly charting around the top of the ‘sexiest man of the year’ lists. Then figuratively too – he’s Stringer Bell, he’s Luther, and, most relevantly for this interview, he’s Nelson Mandela.

Prior to our sit down Idris has just pen to paper to sign his contract in the Parlophone offices, and is clearly in good sorts, looking forward to the release of Mi Mandela, a record inspired by his recent role playing the famous South African leader.

Wine in hand and beers lined up, Drowned In Sound looked to learn a little more about Idris the musician, Idris the actor, and his longer term plans in the two disciplines.

DiS: Music has clearly been a big part of your life since you were young, but increasingly your career has diversified and taken different paths. What was the journey you went on that led to this album?

Idris Elba: As you noted I’ve always been close to music and music production, but more on a bedroom kind of level. Prior to and during the making of [Mandela: Long Walk to Freedom], I was exploring the culture of South Africa and music was a big part of that, and also a big part of Mandela’s life. I wanted to understand that a bit more, and as I did I just fell in love with it.

After I finished the film I went back there a year later, taking some English musicians to work with some of the local musicians there. I wanted to express what it was like playing this character, in this country at that time, and music was the best platform to use.

As your career develops it must give you the opportunity to open a lot of doors like that, doors that may previously have been closed.

I’m very blessed to have a career as an actor that is celebrated – there’s a lot of goodwill that results and that’s great.

For a long time I’ve not wanted to use that as a springboard for music, that’s why I’ve always done it underground if you like – I’ve put out a couple of EPs before but no real push, and then in this particular instance I’ve just said, well, I’ve really got something to say as an artist, I’ve got a point of view in terms of a concept for an album, so let’s do it!

It sounds like making the film was quite an intense experience; you’ve described the record as a ‘love letter’ from you to Mandela. That’s an interesting way of describing it – can you expand on that?

The timing of playing Mandela was also in conjunction with the slow process of losing my father.

Learning more about Mandela [pauses] made me appreciate my dad a lot more – just understanding my dad’s journey (not comparatively to Mandela’s) – just realizing that the two men had relatively similar sets of principles. My old man passed a year ago, literally to the day on Sunday, and it was around that time I decided to go back to South Africa based on that moment of grief, and to go and make this music.

So when I say a love letter to Mandela I fell in love with Mr. Mandela, his life, what I learned about his struggle and journey, and just felt…that’s so fucking inspirational you know? We all go through our lives, we sit here, we pay our bills, we try to do well, but when you sacrifice a serious amount of your life to make other people’s lives better thanks commendable you know? And I fell in love with that.

And so this series of songs is a long salute to not only Mandela but also to South Africa, and also to my dad.

You worked with some major names on the record, both South African artists and some household names like James Blake and Maverick Sabre. How did those connections come about?

Ben Hudson, George The Poet, Maverick, Remi, they came with me to South Africa – I’d asked them to be my kind of support system, to help me produce the record – while I had ideas in my head I hadn’t really figured it all out.

I had a great relationship with Ben Hudson who’s been a kind of mentor for me as a producer. He was one of the first to usher me into the studio and say ‘let’s go!’ He was a great person to have out there and helped me craft this album.

What was the setup?

We had a studio in Johannesburg, a studio called Jazzworks. It’s big, it’s got three studios in it. We hired it for four weeks straight and lived there, churning out ideas. We had South African producers like Spoek, and kids from the townships who came in and worked with us. Thandiswa Mazwai, who’s a great South African singer came through and did some songs.

The process was that I would sit in a room with everyone in a room and I would say to them ‘I’ve got an idea’, and we’d start jamming.

For example I’d spent one night in jail on Robben Island, and that night I had to keep reminding myself that I need to hold on until the morning, ‘cause I was losing my mind in there. It was scary, and it was very intense, and I was only there for one night.

So I explained this to the band members, and we start jamming, and ideas come. The song ‘Hold On’ from the album was born like that, and that was really the process for the record as a whole. Two songs were made using computers but the rest were born and played live.

What musical inspiration did you draw on for the record?

I went to South Africa and heard all the South African music – the kwatio house, the house bands in almost every bar in Joburg – which were just phenomenal – if you like live music, Joburg is proper!

But my background in music really comes from my parents playing a lot of African music, a lot of Congolese music, music from Ghana, Nigeria, and this album ended up having elements of all of that – I was combining influences – when you listen to the collection of songs on the record they’re all very different.

An example of that is the Mumford and Sons song ‘Home’. An unreleased song, it was on YouTube and I loved it, I played it all the time and really wanted to do a remake of it. And there was something about the words that just made me think about Mandela and Winnie Mandela and their relationship and I wanted to interpret that, and that became the song on the album.

Taking a step back, it’s fair to say that you’re better known for TV and film work at the moment; I’m interested to hear if you see yourself as more of a musician or an actor, and how you might see those two crafts informing each other?

By way of definition I’m an actor, there’s no doubt. I can’t call myself a musician really…I’m more of a curator of music.

I listen to music and make music with the listener in mind – I think to myself, what mood will be created as a result of this song, and that’s definitely residual effect of being a DJ – you listen to a song and think, ‘When can I play this, and what time, and what can I play it before or after’, and so when I’m making music I tend to want people to feel a certain way.

That informs my acting, that emotional strand. I can manipulate my being to make people emote, one way or another. As an actor that’s what you do – so I use the same strand, the same logic, for music.

Putting things in perspective as an actor doing music, I will ensure I never put a shit album out, because I know there are musicians out there struggling daily to make records. I don’t feel I’ve got the right, just because I’ve got a position that may mean what I put out gets attention, that I can put something out that’s whack. I really crafted this record, the songs come from the heart. Some will love it some will hate it.

Mi Mandela is the first in a line of what I’m calling character albums.

One of my favourite films is Goodfellas. And I thought about it from the perspective of Robert De Niro’s character Jimi. I wondered, what if I could play an album that was only based on what Jimi was thinking, feeling, saying, doing, where he came from, what he might have been listening to, and these collection of songs were chosen and curated by Robert De Niro, would I buy that fucking album? Of course I would!

So that’s the idea behind the series. Essentially, the future for me is to be in films that have iconic characters that inspire music. I still DJ as well, I want to have a white label to put out some deep house, but the character albums are going to keep coming.

It’s an interesting idea – you can imagine a community around it, contributing to ideas or playlists that explore the idea further.

Exactly. There was an album associated with Luther, an album of all the songs we played in the credits. The last song is a Kasabian song, again unreleased, and I chose that song because Kasabian sent it to me and asked ‘Do you think Luther would listen to this?’ And I was like, ‘fucking yes’!. It’s the only song on that album that has less to do with the show, and more to do with the character, and I thought that’s it, that’s what I’m going to do.

Things are going great for you at the moment. Is there anything that keeps you awake at night, beyond wondering whether Danny Welbeck will be a success?

I actually sleep easy…now I know Danny’s on the field!

But other than that...I don’t want to leave this world wishing I’d done something. You’ve got 80 years to play with, and that’s not that long. In that time I don’t want to regret, and think ‘I wish I’d tried this or that’. Fuck that. Everyone should have the opportunity to live the fullest life – a lot of people are watching other people and that’s just bollocks – just get out there and get it. 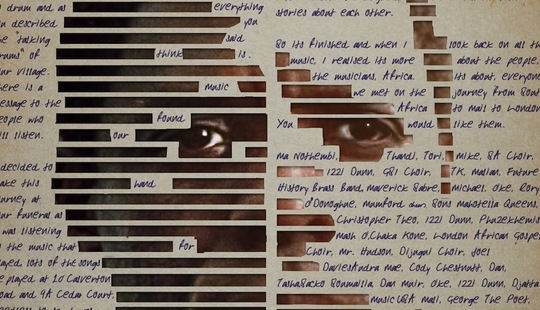