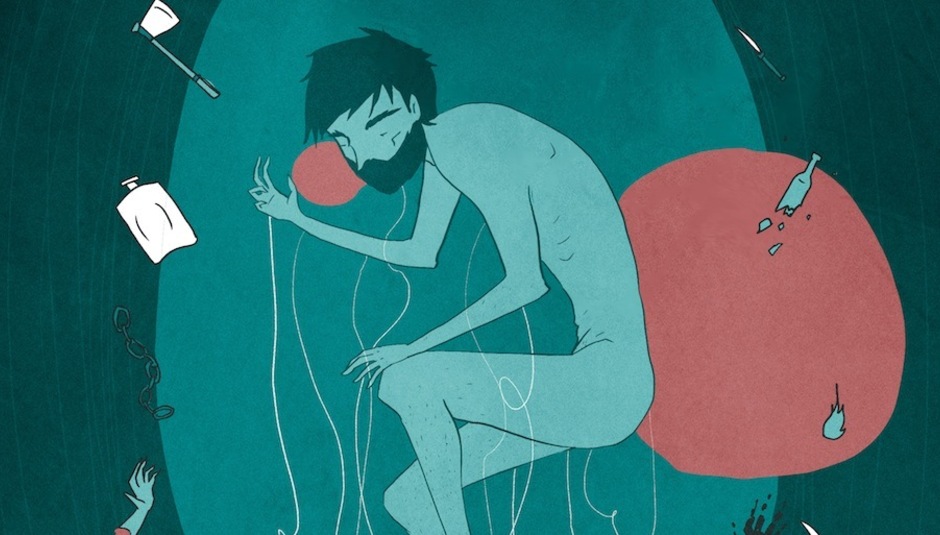 T.E. Morris from Her Name Is Calla on writing his novel

T.E. Morris from Her Name Is Calla on writing his novel

Tom Morris from Her Name Is Calla writes about embarking upon his serialised novel...

"As a boy I was forever in trouble for disappearing or daydreaming, more often the latter, but I especially liked not being able to be found. In young adulthood I formed a band called Her Name is Calla with some of my friends. We spent a good amount of time touring around various toilet circuits in Europe and releasing a number of records to a small but fiercely loyal fan base. We still do this now, except we’re just a lot hairier and have bigger financial problems.

Having a vision as a songwriter is one thing, but being able to achieve that vision is something else. Once you come to accept that, it makes it easier to focus on raising the game. I learned this fairly early on and with each subsequent record that I was involved with, I worked hard to make it bigger and better than the one previous. One of the most basic songwriting strategies is to have a message or story that you are trying to get across to the listener. Or use the plateau as a circumstance to vent maybe.

When recording The Heritage back in 2007/8, and then The Quiet Lamb in 2009/10, I pictured these huge stories spanning the albums. The Heritage for me was a tale of family lines going back and forth through time. Eventually, I would begin to use songwriting as a tool to combat depression, something that RM Hubbert touched upon with his own experiences in a very personal piece over at The Line of Best Fit last year.

Writing every day was great for keeping my head clear of disorder, but the side effect was that there was a greater need to push myself creatively. This is obviously normal, but most bands would work on one album a year or something to that extent. I was now writing daily and releasing solo EPs and albums, sometimes month by month. It was ridiculous but the need to keep pushing myself and trying new things was more important than anything. I was terrified that a break in that strain might result in the possibility of relapse that would see me back in a bed with a drip in my arm. And I fucking hate needles.

I first started considering the idea of translating an album to story back in 2009. It was something that I kept coming back to again and again since then. I’m sure plenty of people had done it before but I can only digest so much new music at a time. For the record, I mainly listen to female singer songwriters such as Lisa Germano, Marissa Nadler and Sharon Van Etten. Guys just can’t sing.

In early 2010, whilst recording The Quiet Lamb, I spoke to the rest of the guys in the band about developing the album as a trilogy as I wasn’t satisfied with the creative push. That idea was pushed aside through circumstance. Later I reached out to comic book genius Warren Ellis about a story I had for a graphic novel (I’m a huge comic book fan) that would come with a soundtrack. I hadn’t thought about the logistics, I didn’t care. The fact was there was a story that I needed to get out of me, as I was sure I would self-combust if not. That story eventually went on to become a song called 'Dreamlands', which featured on an album that HNIC had out early this year. 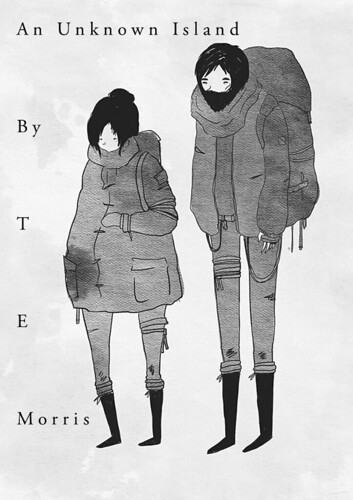 Last year I started trying to rein myself in more and work on building focus. I wrote the synopsis of a story that would go on to become An Unknown Island, my first novel. In the midst of that I finished the most recent HNIC album and tour, wrote a few songs for TV, did a few solo albums and eps and moved to Leeds. Prior to An Unknown Island, I had let the older stories slip away. Writing a book is a hell of a lot more daunting than writing a song, though maybe it’s just because writing, using my actual fucking hands and not strumming away on a guitar, is about as far out of my comfort zone as I can get.

As you grow older as a musician, you like to move away from things that you have done previously. There are a few exceptions to the rule, but I would think that’s a fair statement for folks who stay in the game long enough. Science Fiction is my go-to genre for just about anything. Earlier this year, when I developed and updated, then deleted and restarted what was to become An Unknown Island, I thought it was more a story of a journey and a relationship. The few people who read the initial chapters told me it was Sci-fi. It felt strange finding out that what I originally intended to be a road story had ended up in the realm of Sci-fi without me fully realising. The progression of an initial idea and the passage it takes to completion is, for me, the most interesting part of creating something.

Being a songwriter first and foremost, the idea to soundtrack what I was doing with each chapter came very early on. As I continued to develop the story, I amended various plot details or changed characters personalities, but similarly, I developed and adapted the soundtrack in a similar vein. Since the two main characters have such different identities and paths to take, I decided to write them a soundtrack each – both with different approaches to recording style, and their own unique themes or motifs. One of the main characters is named Owen; his soundtrack is mainly recorded to cassette using an old Tascam tape multi-track. The second main character is Gwen; her soundtrack is cleaner, sparser maybe, with an element of hopefulness. In a bid to try something new for myself, and since the characters were making a journey together (for the most part), it made sense that they should have crossover points for their inner musical monologues. To this extent I began to write certain chapter appropriate pieces as a whole, and then deconstruct the tracks so that they could be separated by character. I would then leave it to the listener/reader to edit the two tracks together if they wanted to hear the possible ‘third’ track.

When I envisioned the story, the timeline would move forwards and backwards as needed. Threads would be left hanging unexplained, as is life. I asked my friend Ana Stefaniak, if she would be interested in creating some short animated films to fill in the gaps between some chapters. The idea of a story that crossed three medias really appealed to me and I am very lucky that she agreed to be involved given the huge amount of work it would involve. We both work together very closely to give a few clues or foreboding elements in the still artwork that Ana produces for the chapter covers as well as the short films.

As completely engrossing as the entire project is, I find a certain freedom and excitement that I haven’t felt by an endeavor such as this for some time. I have no idea if this will all backfire or not, but since the project won’t finish until late next year, I’ll have to wait a while before I can look back on whether it was a total failure or the huge creative push that I was looking for.

Maybe more alarmingly, I have a story for a Western that is currently eating me from the inside out...

An Unknown Island is written by T E Morris of Her Name Is Calla. It will be released as a serial over the next 16-18 months, with the release of each chapter unveiling an additional track from each of the two soundtracks. Stills and animation for the novel are by Ana Stefaniak.

In Photos: Fear Of Men @ Beursschouwb...

The Top 5 Music Pubs In The British I...