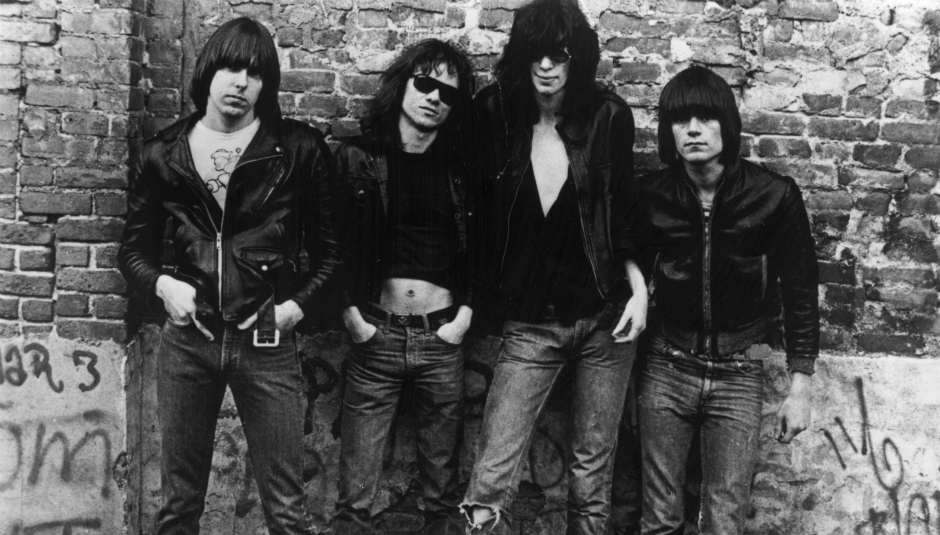 At 11.54am PDT last Tuesday, U2's world famous philanthropist introduced Joey Ramone to 500 million iTunes users. If you're embedded in Apple's ecosystem, the opening track from Songs Of Innocence is inescapable. You can delete it from your PC, iPhone, iPad or MacBook, but that makes no difference. It remains yours to keep; sitting in the cloud, only a free download away from salvation. ‘The blood, sweat and tears of some Irish guys are in your junk mail’, as that slick-haired git put it.

Except his was an understatement of typically epic proportions. Companies don't forge $100 million marketing campaigns around Thai brides and cut price Viagra, just as craven universalists don't give you the chance to ignore them.

U2‘s 13th album is a product launch to rival that of two new iPhones and the first ever Apple Watch, and will spawn the sequel to the most-attended and highest-grossing concert tour in history. In addition to the undisclosed sum Bono, The Edge, Larry Mullen Jr. and their bassist were paid for Songs Of Innocence, they can expect to generate somewhere near $736 million in ticket sales. That's pocket change if you happen to be a Cupertino-based tech company with $150 billion in the bank. If your debut album has only just gone Gold in the US, 38 years after its original release, then you will never achieve the same level of ubiquity. Without a leg-up, that is.

So although The Ramones remain one of the most celebrated bands of the 20th century, that Paul Hewson (aka Bono) might want to pay tribute to their lead singer makes some sense. Long before they perfected their enormodome bluster, U2 formed as a Stooges and Sex Pistols covers band inspired by the notion that anyone can play guitar. ‘When I was standing in the State Cinema in Dublin in 1977 listening to Joey sing and realising that there was nothing else [that] mattered to him, pretty soon nothing else mattered to me,' he wrote in a eulogy for Time in 2001.

Having experienced this transformative moment, ‘The Miracle (Of Joey Ramone)', Bono took punk's philosophy and turned it on its head. Where ‘Blitzkrieg Bop' and ‘Chain Saw' are easy to play in a four chords and you’re done kind of way, ‘One' and ‘Without Or Without You' are utterly inclusive for listeners - expressing love in terms that anyone can relate to. For Songs Of Innocence to start with ‘The Miracle...' is to say, ‘This started with you Joey. The world should know that.’

“I was young, not dumb / Just wishing to be blinded / By you, brand new / And we were pilgrims on our way.”

Problem is, U2’s story also begins and ends with Bono, and he’s an odious sort. Regardless of what how you view his band’s tax arrangements, and it’s worth remembering they’re not dissimilar to those of David Bowie and The Rolling Stones, Hewson has the habit of taking songs meant for others and making them about himself. While this is the case for many of the band’s greatest hits, “Hello / Hello / I’m at a place called Vertigo”, Songs Of Innocence is especially obsessed with its mouthpiece. It contains 137 uses of the first person, while ‘The Miracle...' fails to even namecheck the person it’s dedicated to.

Because if there’s one thing more worthy than highlighting The Ramones as important, it’s highlighting them as an important to Bono.

Hero worship doesn’t have to be like this: obedient to pop music’s canon, while nitpicking its pecking order. At best, it’s Kurt Cobain in a Daniel Johnston t-shirt or Elvis on the ‘Shoplifters Of The World Unite’ single art. At best, it sounds like ‘Alex Chilton’.

Until last Tuesday, The Replacements had been banned from America’s NBC TV Network for 28 years. Their crime? One of the most debauched appearances in Saturday Night Live history. To say the alt-rock four-piece were shambolic as they staggered through ‘Bastards Of Young’ on 18 January 1986 does their alcohol consumption a huge disservice. And yet there he was, Paul Westerberg, again, at 11.35pm ET, on stage at in New York’s 30 Rock Center with Tommy Stinson in toe, hollering an irrepressible chorus.

“Children by the million sing for Alex Chilton when he comes 'round / They sing ‘I'm in love. What's that song? I'm in love with that song.’”

Where Bono paints The Ramones as a transformative force of enlightenment, The Replacements’ ‘Alex Chilton’ is lathered in irony. It’s about a shared experience, that’s never going to happen.

Chilton died four years ago, and achieved cult status for topping the the Billboard Hot 100 as a teenager in The Box Tops before inventing power-pop with Big Star to scant commercial reward. So much so that he didn’t have health insurance to treat the shortness of breath and chills that pre-empted the heart attack he succumbed to. ‘Rock guitar players are all dead men walking,’ wrote Westerberg of his idol in a 2010 eulogy for The New York Times - an idea he emphasises even on his most jubilant song.

“If he was from Venus, would he meet us on the moon? / If he died in Memphis, then that'd be cool, babe.”

Like U2, The Replacements started out covering The Clash, Buzzcocks and other first generation punk bands. It would be too much of a stretch to describe Westerberg as ‘Bono with substance abuse issues’, but the two frontmen share a popularist touch. They both specialise in killer hooks and choruses to be screamed out loud.

Whether it’s through gutter poetry and triumphant squeals of feedback or laborious stanzas stood on echo pedal theatrics, the end goal is the same. A song that might match their mentors’ and change your life.

For the guy with the wraparound sunglasses, this is what makes rock music special - the chance to transform yourself from dust into a deity. For Westerberg, immortality is a distraction.