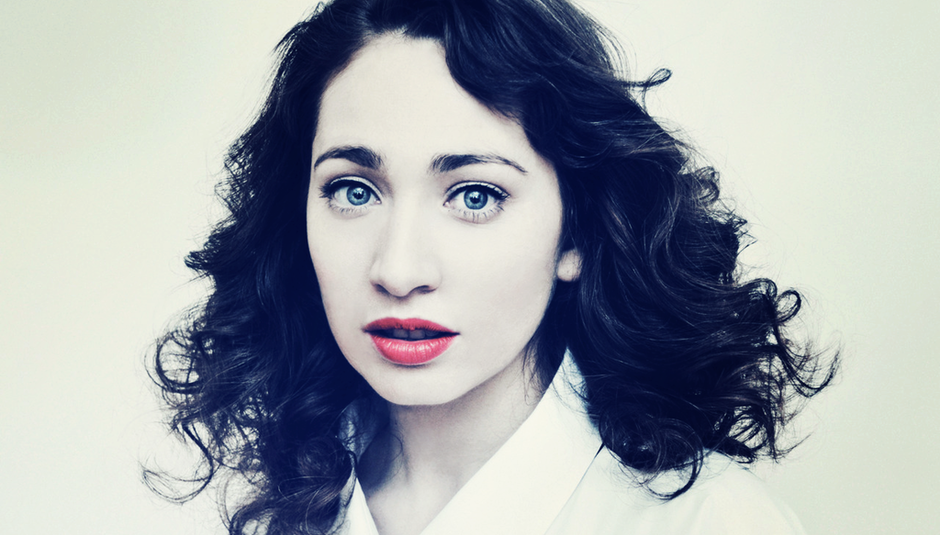 Transgressive records founders Tim and Toby are good friends of DiS. We say "friends", but thinking about it, since starting their label, if you add up all the brief encounters at festivals and gigs, we've probably only seen them both for a total of two hours. It's totally understandable that we've not seen them as they've been incredibly busy over the past ten years, releasing records by the likes of Foals, Regina Spektor, and The Shins, to name just three. The pair are a great combination, with a mighty fine set of ears and a knack for discovering, nurturing and championing a range of acts, the majority of whom have gone on to have great success.

We've known Toby since he started Rockfeedback, as it was one of the only sites ("blogs") on the web when DiS started 14 years ago (he beat us to having up a site up by a matter of weeks, if memory serves...). By "known" we mean, chatted on AOL Instant Messenger about bands we liked until one of us had to disconnect from the dial-up modem so our parents could use the phone. Surprisingly, Toby's enthusiasm for music is still as infectious as the first time I spoke to him. Here's an example of that giddy lust for music from Rockfeedback TV's coverage of Field Day 2007:

We have also known his label co-founder Tim since seeing his band Ship's A Goin' Down support DiS Records' Redjetson well over a decade ago. We then kept bumping into him at early Bloc Party shows (he released their first single via his Trash Aesthetics label). We'd like to take this opportunity to embarrass him by embedding a track of his old mathy post-rock band, but they were actually very good and we can't figure out how to embed this from the new MySpace anyway...

Anyway, as part of the Transgressive label's 10th anniversary celebrations, which culminates in a big ol' show at the Barbican in London next week (featuring Mystery Jets, Johnny Flynn, Marika Hackman, Dry the River and more...) we asked the duo to make us a mixtape to mark this landmark in their life.

On side one they have rummaged through the label's archive for lesser known gems...

I first met Regina via the record producer Gordon Raphael, who's a really good friend of mine. He invited me to his flat in Islington where he lived at the time and instructed me to sit down and not speak for the duration of three songs he had just produced from her. This track was one of them, which ended up being released on the first ever Transgressive album. 'Chemo Limo': her voice is sublime, the lyrics are heart-rendingly intense, and the piano playing is exquisite. Those early Regina Spektor performances around this era rank highly amongst my favourite shows ever.

(From 'Living With Ants' LP)

Lauren Doss' Mechanical Bride has released some of the purest and most soulful music we've ever championed on the label. Her first two EPs and debut album amount to a spellbinding collection. 'Colour of Fire' was one of the first tracks we released from the LP; the piano refrain is hypnotic and its understated beauty flaws me every time. If the world was a just place, all of Mechanical Bride's recorded output would be held up as a national treasure.

After creating his debut album 'A Larum', Johnny produced the 'Sweet William' EP with his friend and band-mate Adam Beach. On it were four songs that twisted and pushed his sonic palette, acting as a bit of a hint towards the development that was to come on his second album, 'Been Listening'. This song was a standout for me at the time, and remains one of his most subtly stirring compositions.

4) DAN MICHAELSON & THE COASTGUARDS – 'Now I Am A Coastguard'

We had a great time working with Absentee as their publisher, they're definitely a lost classic of a band. Still going to this day, and rising album on album, however, is lead-singer and guitarist Dan Michaelson, and his ever-(r)evolving cast of musicians, The Coastguards. His debut album 'Saltwater' was a sumptuously crafted introduction to his throaty, reflective odes to love, loss, and a few other things besides.

This was a significant marker in the band's early writing days. 'Big Big Love Fig. 1' was the b-side to their second single for us, and hinted towards the more introspective, emotive furrows and depths of the band. For fans of 'Spanish Sahara', 'Late Night' and 'Red Sox Pugie', if you want to see where that side of things started here on record, then look at this track. A more sprawling and epic version eventually appeared on the band's first album, 'Antidotes'.

New Zealand math-synth-punkers So So Modern released a slew of EPs as well as a debut album with us. They were fiercely DIY and retained a rich artistic aesthetic that made them consistently enthralling to work with. 'Berlin' is an instrumental and boasts one of the most infectious keyboard loops we've ever had the joy of releasing.

Also hailing from NZ, Liam Finn is a master of melody, and 'Cold Feet' from his second record is a particular favourite of ours. Locked into a shuffling, winter-warmer of a guitar hook and a suitably massive, Christmas-y chorus (even though it has nothing to do with the festive season), this song boasts a particularly epic outro and some rather mega drum fills from Finn himself.

The Jets are always challenging themselves as a band and have yet to repeat themselves. 'Alice Springs' opened their third album and now regularly closes their shows - it's a beautiful, flourishing, epic, and absolutely gargantuan. Also serves as a pre-cursor nod to 'Someone Purer', an equally excellent track from fourth LP 'Radlands'.

It's extremely rare that a single voice that can stop you in your tracks and make you drop everything, yet it's a gift that Jodie (who we manage) is truly blessed to have. 'Greeny Blue' is a sombre, solo acoustic number that gets me every time - her range, the rawness of the live take, and the sentiment behind it... it's magical.

Marrying the right soundtrack to visuals is an art in itself, but even without the benefit of seeing the full context for this track - which was featured in the 'Zaytoun' film in 2012 - Dry the River's original composition stands up perfectly. Like many recent curios, this came out on Record Store Day and is now pretty hard to pick up.

We released only one album from Miles Benjamin Anthony Robinson - or MBAR for practicality / RSI avoidance purposes! - but it was bloody blinding. This is the opening song and first single: a rambling yet narrative-driven, acoustic folk song that seamlessly builds to a bit of a barn-stomper. He has swagger, attitude and the spirit of a people's anthem in this amazing song.

We first met Fred MacPherson - singer in OELM - when he was part of Les Incompetents: a humorous, post-Libertines beat combo who would regularly take Tim and I out for coffee and beg for a record deal. In truth, we took the meetings because Fred was endlessly hilarious - a confusing, entertaining paradox of cynic meets indie-boy super-fan. When he told us about his apocalyptic new prog-rock project, Ox.Eagle.Lion.Man, as you can imagine, we were healthily skeptical. However, they went on to produce a double A-side single (released on VHS format), plus two magnificent mini-albums that we released with love and commendable attention to detail. 'Thy Will Be Done' was a brooding, post-punk infused highlight of their live shows.

Click here for Side Two: 10 Bands Transgressive Records Wish They Had Signed