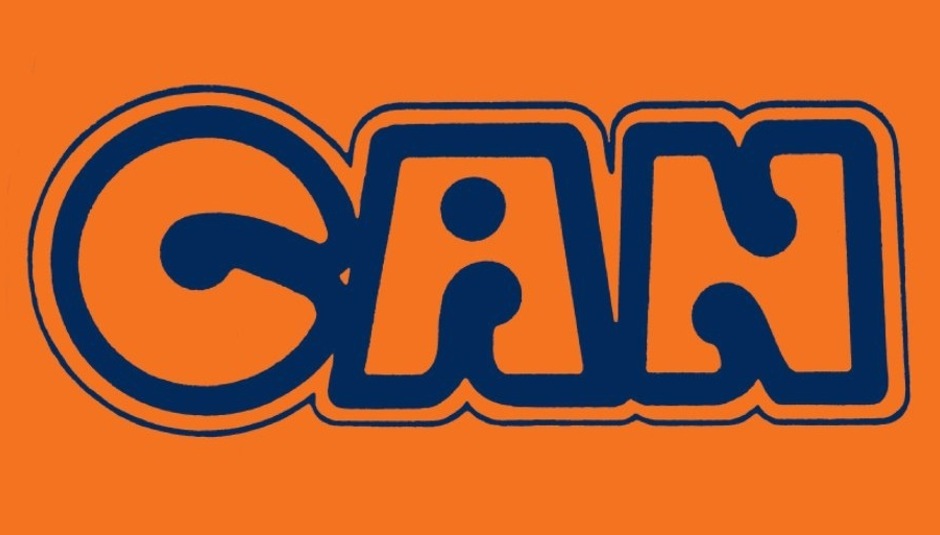 Future Days: A Personal Retrospective of Can

Future Days: A Personal Retrospective of Can

It was down to an old, worn out cassette of a Radiohead live show that I first heard Can. Thom Yorke and co. were covering 'Thief' on their Kid A tour, and after listening back to the tape a few times, I just assumed it was a new song they were playing. Something was nagging me about it, though. It didn't quite sound like Radiohead - it was so bruising in its intensity, but never felt over-wrought. It was heartbreaking, and epic - forever reaching for the heavens, but never quite getting there. I asked my friend what this song was, and he told me it was a cover, that some "old German dudes from the 60s" had written it, and Thom Yorke was a big fan of them. As it turned out, it was a song by Can.

It was here that my slippery slope into Can fanboy status began. A pilfered best of from my college's library was my entry point into their wonderfully skewed world, and I was totally hooked.

After patiently collecting all the albums, reading all the articles, and enjoying all the live footage, it's still impossible to describe Can. It's still so futile to even begin to express why they mattered so much. They were totally devoted to something that was beyond their grasp - always striving for something more, that was the essence of Can.

"Can was founded in '68 - that was the year of the student revolutions in Germany. A mental revolution happened at that time: the war was definitely finished, and the old way of thinking had to be destroyed." (Jaki Liebezeit, in conversation with the BBC)

They made an undeniable impact on a lot of the alternative musicians I grew up listening to in the 90s and 00s, and everyone from Sonic Youth, to The Orb, Carl Craig, Pavement, Unkle, A Guy Called Gerald, Brian Eno, Mogwai, and even Kanye West have all professed a love for the band. So whether you've never heard a single note by Can, you've no doubt heard their influence seeping out of a wealth of seemingly unconnected musicians.

So why are they still so under-appreciated? Well, for one, they never had a particularly normal career trajectory. It was the brainchild of multi-talented keyboard player Irmin Schmidt, bored with his prospects as a conductor, and inspired, or "corrupted" as he's called it in the past, after traveling to New York in the 60s, he came back to Cologne, Germany and formed a band. He recruited his friend, and fellow Stockhausen student Holger Czukay on bass, and after a few false starts, they eventually settled on a line-up with drummer Jaki Liebezeit, guitarist Michael Karoli and vocalist Malcolm Mooney, an American artist living in Cologne at the time. Mooney would leave in 1970, however, after just one official album - 1969's Monster Movie, and so the band recruited a Japanese busker called Damo Suzuki who would remain as principal vocalist until 1973.

"About 30 people were left, and one of them was David Niven, so I asked him 'Mr Niven, what did you think about this music?' and he said 'it wasn't great, but I didn't know it was music'" (Holger Czukay, recounting a meeting after Damo Suzuki's infamous debut live show with Can in Munich, taken from a BBC documentary)

From 1968 to 1989 (with a sizeable break in the 1980s), they knocked out quite an impressive back catalogue, which did a good job of representing the band themselves: scrappy, ambitious, flawed, full of anomalies, and yet consistently amazing. A total mess, but a glorious one.

"Irmin said that Can drives its musicians crazy, and well, I'd tend to sort of agree with that" (Malcolm Mooney)

It would be a foolish of me to suggest a starting point to Can. The beauty of their recorded output is that you could enjoy it from front to back just as much as back to front. Chronologically speaking, they don't make much sense, with each era of the band experimenting with new sounds and then swiftly tiring of them once they've served their purpose. The early days are all ramshackle avant-garde rock, typified by the aforementioned 'Thief', all buzzcut guitars and manic vocal shrieking, before they settled into a groove of driving, relentless rhythm and fearless experimentalism that would forge most of their early 1970s output with Suzuki, typified by their mighty triptych of albums between 71 & 73: Tago Mago, Ege Bamyasi and Future Days.

"I like 'Future Days’. Nobody else arrived at such a space. It’s just a new dimension. With that album I was really free, it was no longer necessary to make music after… It was pure magic" (Damo Suzuki, interviewed by Steve Hanson in 2002)

A slew of wildly experimental, and dare I say it, fun, albums followed after Suzuki's departure, with elements of jazz, ambient, disco, dub and even funk entering their sphere of controlled madness. These subsequent albums never attained the high praise of their earlier work though, and by the end of the decade, the Can story was coming to a pretty messy end.

In '77, Czukay left, leaving the original line-up, plus two new faces: Rosko Gee on bass, and Reebop Kwaku Baah on percussion, both drafted in from the band Traffic. After the original dynamic had been altered, however, Can realised they were no longer Can.

"The group had changed into a direction that wasn't anymore the real Can idea... there had to be this incredible telepathic awareness. When that wasn't there, when you start having routines, that was, for me, a good reason to stop." (Irmin Schmidt, talking to Fred Mills in 2006)

After the release of an album the remaining members eventually hated and subsequently deleted (1978's Out Of Reach) followed by a perhaps unfairly lambasted record (1979's Can, or Inner Space as it's sometimes called), they drifted apart and didn't do much together until 1989's Rite Time - a reunion of sorts, with original vocalist Mooney returning to the helm. It wasn't a great success, but you know what - fuck it, I really like that album. It doesn't sound much like Tago Mago, which is what everyone wants everything by Can to sound like, but I guess that's the whole point. Why should they bother retreading old ground? Never ones to rest on their laurels, Can were always about pushing forwards, with an almost impatient desire to achieve that future sound.

"It is clear that we've not grown up with the blues, and we do not attempt to copy it. We grew up in different surroundings that made us what we are." (Schmidt, in a television interview from the late '70s)

There's so much to listen to and to see and to experience with Can. I could suggest tracks to check out, but that would sap all the fun out of discovering them for yourself. Their whole catalogue is so vast and varied, the best part is diving in and seeing what you can find.

Despite their expansive sound, and fondness of jamming for hours, the official albums are actually pretty condensed and concise. Due to the running time allowed by vinyl, the albums are crafted works that don't outstay their welcome, and more often than not, this prudent editing of their humongous jams lends the records a sense of urgency and purpose. Legend has it the already 20 minute 'You Doo Right' was a composite of over 6 hours worth of original recording. Yikes.

Obviously, sometimes they didn't quite achieve what they'd set out to, and occasionally there'll be an unfinished sketch, or an aimless noodle, but even then, these nuggets of sound still outstrip anything else around at the time, if by nothing else then for sheer ambition. You understand what they're trying to get at, even if they don't quite nail it.

"This is what I have learned: In Can, 95 percent was listening to the others, and only 5 percent was saying something with your instrument. This is what Can really learned - playing by listening." (Holger Czukay, in a 2004 interview with Bluefat.com)

The epitome of a cottage industry, they recorded, produced and distributed everything themselves (eventually), and even scored an early chart hit with 'Spoon', which was by their own admission, a song they needed to throw on an album (1972's 'Ege Bamyasi') due to a lack of any other material to hand because half the band were obsessed with playing chess and hadn't bothered to record anything else. They flirted with the charts once more in their career with 'I Want More', a laid back disco affair from 1976, which granted them an audience with Noel Edmonds of all people, as they graciously mimed through their performance on Top of the Pops, their weirdo, outsider status confirmed.

Their live shows were true events - taking apart their songs bit by bit, and restructuring them into something new, raw and improvised. A show at Cologne's Sporthalle in 1972 shows them in full flight - manic, possessed, and surrounded by circus performers. As you do.

"What I found best was when I was all ears, and I could hear the music and I couldn't believe how wonderful it was, then I had only one fear: you must not deliberately spoil that thing" (Schmidt, in an interview on the Can DVD)

Many attribute their sound to Jaki's driving, motorik drumming - more machine than man, most notable on 1971's 18 minute 'Halleluwah', all galloping rhythms and relentless, constant pulse. Others think it's down to the sonic experimentalism of Schmidt, or the wailing, buzzing guitar of wunderkind Karoli. Czukay's bass is also one of the most notable things about them - heavy yet intricate, precise, yet improvised. Mooney's ghoulish baritone and Suzuki's demented screams also combined to effect the music that was going on around them. The band changed with the vocals, and they never felt like an afterthought- it was as much about them as it was everyone else playing.

Alas, the prospect of a reunion is unlikely, and also sort of pointless. Schmidt has gone on record as saying as much, and I for one am glad, despite them being one of my favourite bands. Content to leave the legacy to do the talking, and especially since the death of Karoli in 2001, the sound of Can was always way ahead of anything else, so why bother trying to recreate it now? Alongside the renewed interest in Can, most of them are still making music in various projects, despite their ages hitting 70 and upwards, which is proof enough if it were needed about how serious these three studious Germans are about their art.

My advice is to load up all the albums, the compilations, the EPs, the box sets and the live stuff and just hit shuffle. Dive in and experience that epiphany for yourself.

"This was what distinguished us from all rock bands really. The rock bands were always expressing something - rebellion against parents or something. All we did was music." (Michael Karoli)

These releases will be followed by the individual vinyl releases The Lost Tapes Vol. 1 to 5, in November 2014. 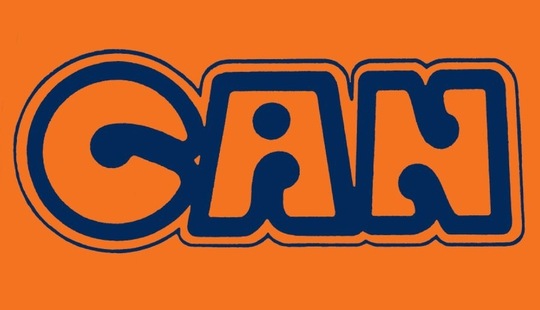