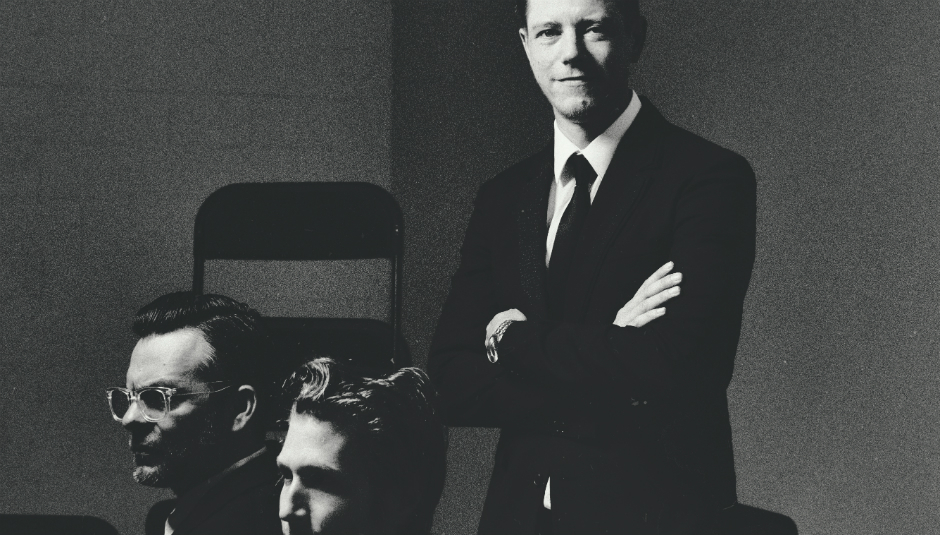 Welcome once again to DiS Does Singles, your weekly dose of amazing new songs and stuff of note from the wonderful world of music. We hope you had an immense Bank Holiday Monday, even if it was spent stuck inside, sheltering from the rain with the Alvvays LP.

So what’s in the column today? Nicki Minaj has whipped up a fuss with her ‘Anaconda’ video, Real Estate have another deceptively winsome track for your listening pleasure, and Charli XCX continues to live as though she's in a John Hughes movie. Plus, Thurston Moore, Run The Jewels and Salt Cathedral have all done stuff of note.

Interpol are our Single of the Week champions though, mainly because we’re besides ourselves with excitement for the new album.

There are many things that we adore about ‘Ancient Ways’, but first allow us to list our Top 10 musical swears:

10) “Frankly, Mr Shankly, since you ask / You are a flatulent pain the arse.” The Smiths - Frankly Mr Shankly

7) “We still believe in love, so fuck you.” Elbow - Grace Under Pressure

6) “We are the sons of no one / Bastards of young.” The Replacements - Bastards Of Young

5) “I'm a bad motherfucker and you know this / But the pussy ass niggaz don't show this.” MC Ren (N.W.A.) - Straight Outta Compton

4) “Who'd like to see me down on my fucking knees / Everybody's dying just to get the disease. Elliot Smith - Pictures of Me

3) “What a divvy what a fucking div / Talking like a moron, walking like a spiv.” The Libertines - What A Waster

2) “In a French-ass restaurant / Hurry up with my damn croissants.” Kanye West - I Am A God

We made that countdown mainly for larks, and also to make a point: if you’re going to drop a swear word in your song, you’d better make it memorable. Thankfully, ‘Ancient Ways’ passes this test with flying colours.

“Ooooooo fuck the ancient ways” croons Paul Banks as the track kickstarts into existence. It’s a brash reminder that Interpol mean business with their fifth album and demand that you understand this.

After struggling with life after Carlos D, New York’s chief purveyors of woe have figured out how to thrive as a trio. The expansive, sometimes aimless sound of Our Love To Admire and Interpol has been replaced by a breathless cocktail of taut riffs and piercing lyrics. Songs arrest your attention from the get-go, dragging it through a mire of untold horrors and their earthly consequences. There is no spare moment to compose yourself, because the trio have taken a cleaver to their past excesses.

‘Ancient Ways’ is a brutal testament to the benefits of this approach. Not only does it leave your sinews tense and weary in a trim three minutes, El Pintor’s third teaser track sees Banks assume his role of band leader with grizzled gusto. His bass playing emulates the rat-a-tat-tat of an AK 47, while the falsetto swoon at the track’s close is joyously sinful.

When ‘All The Rage Back Home’ bagged Single of the Week, we said it was a return to old form. With ‘Ancient Ways’, we’ve changed our mind. This is a new beginning for Interpol and it sounds fucking great.

Ask Paul Banks (pretty much) anything

If you don’t have an opinion on ‘Anaconda’, you’re doing it wrong. Just as Miley Cyrus’ ‘Wrecking Ball’ video was conceived with a moral fallout in mind, the lead single from Nicki Minaj’s third album, The Pinkprint, demands you take a stance on it. That’s how the clip broke Vevo’s 24-hour record with a phenomenal 19.6 million views and it’s why someone else will play the same card next year when they’re in need of instantaneous VMA-week, pre-Q4 attention.

The temptation with ‘Anaconda’ is to judge it in shades of black and white. Is Minaj a force for female empowerment or a slave to the male gaze? Pick a side and argue your case in 140 characters. If you need a longer word count then make sure the headline is definitive.

Whatever your opinion on the ‘Baby Got Back’- sampling track, it’s worth noting that Nicki is symptomatic of our own pop culture. The double standards she took aim at four years ago are still in effect and don’t look like going anywhere. This fact is so much more shocking than anything ‘Anaconda’ can throw at you.

Had To Hear (Domino)

Real Estate are very much one of those bands where you think, ‘I could do that if I had a guitar, capo and spliff to hand.’ Except this isn’t really the case.

The New Jersey four-piece showed as much in their tutorial video for ‘Crime’, where wistful chords and delicate string-picking collide with surpising precision. Now they’re back to double down on that lesson with ‘Had To Hear’, one of the absolute highlights from this year’s Atlas. A tender ode to life on the road, its homesick melody seems aimless at first - lilting back and forth without any real direction. That’s until you realise missing someone does feel a lot like being lost and… bloody hell they’ve gone and done it again.

Bravo boys. Long may you outsmart our naive heart.

Ever on the edge of superstardom, Charli XCX’s latest push for chart glory comes in the form of ‘Break The Rules’ - the lead single from her second album Sucker. It’s the follow-up to former Single of the Week ‘Boom Clap’ and is the most simplistic pop song we’ve heard in aeons. Probably to a fault.

“I don't wanna go to school. I just wanna break the rules,” goes its bratty, singalong chorus and you’re struck by the thought that Charli now has a definitive target audience. That is, the kind of kids who would have been into Blink-182 10 years ago but now have a kickass electro-punk siren to do the job instead. Isn’t that all kinds of awesome?

What’s worse about Sonic Youth’s indefinite hiatus: the likelihood that they’ll never make perform together again or having to put up with a deluge of 7/10 solo albums? Your answer to that probably depends on whether you’ve listened to The Eternal since 2009, but Thurston Moore doesn’t give a shit either way. He’s enjoying semi-retirement in Stoke Newington and it shows in ‘The Best Day’, the title track from his forthcoming solo record. A twanging slab of alt-rock/country that’s high on whimsy and low on intensity, it’s memorable in the same way an Ice Bucket Challenge video is i.e. mildly entertaining and instantly forgotten once the next one arrives.

Rap’s most endearing bromance has been consummated once again, and that means a new Run The Jewels album will be available for free download come October. If you’ve not yet encountered the boisterous charms of Killer Mike and ELP then rest assured that this is very good news indeed. As ‘Blockbuster Night Part 1’ proves, there are few things more pleasurable than hearing the rambunctious duo stomp over a guttural beat. Plus they’ve named their second effort together RTJ2, which is an excellent pun.

This for anyone who thinks the new Jessie Ware song is unforgivably begue.