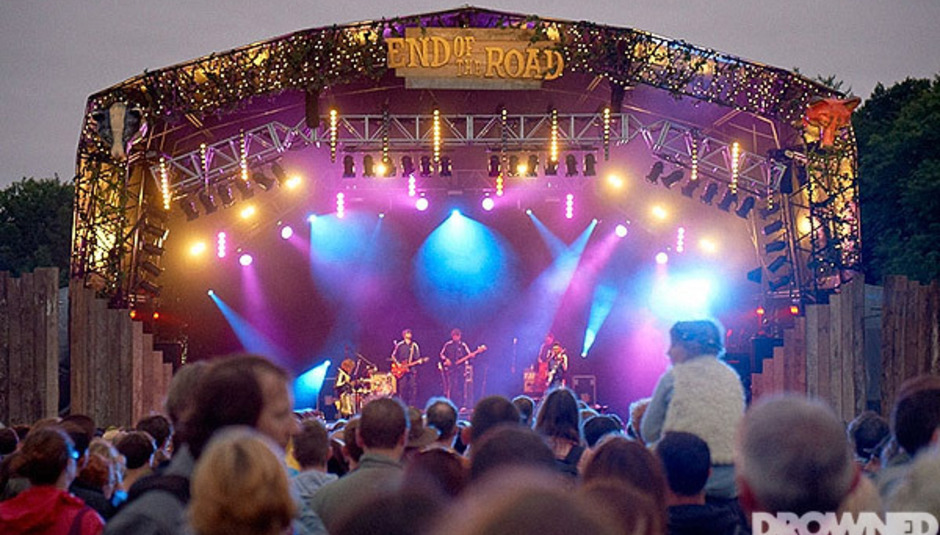 Next weekend (29-31 August), DiS will be making its annual pilgrimage to End Of The Road festival. Situated in the picturesque Larmer Tree Gardens (which borders Dorset and Wiltshire), this year's event will be the ninth of its kind since the festival first opened its doors in 2006. As with previous years, the 2014 line-up features a plethora of mouthwatering performers spread across three days. Naturally, as with all great festival line-ups, that means clashes are inevitable but after perusing this year's incredible bill several times, DiS has come up with a shortlist of ten we're literally chomping at the bit to see.

Having spent the past five years building a reputation as one of the UK's most exciting live bands, Eagulls finally delivered their self-titled debut this March. More importantly, it surpassed all expectations, the smart money suggesting its place in the upper echelons of 2014's end of year "Best Of" lists are all but assured. With arguably the liveliest set of the weekend guaranteed, their performance is one not to be missed.

As Perfume Genius, Mike Hadreas has established himself as a songwriter and performer of inimitable substance. Both his previous albums Learning and Put Your Back N 2 It demonstrated his ability to create startlingly poignant and often personal tales with minimalist yet achingly beautiful arrangements. Forthcoming long player Brighter finds Hadreas dabbling in the field of electronic music. Expect to hear a mix of choice cuts from all three records here, with possibly the odd cover thrown in for good measure. Unmissable.

Four albums in and the Wild Beasts phenomenon continues to grow. While the dramatic vocal interchanges between Hayden Thorp and Tom Fleming lie at the centre of their wares, recent long player Present Tense takes them on a more experimental journey into sparse electronica. Their Sunday evening headline set here should be climactic in the extreme, and therefore the perfect finale to the weekend's festivities.

Along with the aforementioned Wild Beasts, The Horrors can claim to being one of the UK's truest musical innovators of recent years. This year's fourth album Luminous continues the band's sonic expedition into previously unchartered territories mapped out by predecessors Primary Colours and Skying. We expect their set here to be one of the main talking points this weekend. Miss at your peril.

Call John Cooper Clarke a veteran to his face and you're likely to receive a volley of verbal vitriol in return. Now sixty-five years of age, the Manchester-born poet is still going strong and in no mood for retirement just yet. Compositions such as 'Beasley Street', 'Kung Fu International' and 'Evidently Chickentown' hold legendary status among his ever growing fanbase, culminating in the Arctic Monkeys reinterpretation of 1982's 'I Wanna Be Yours' on last year's A.M.

Current holders of Drowned In Sound's album of the year for 2013's Pearl Mystic, Hookworms have spent most of this year recording the as-yet untitled follow-up. Having recently debuted some of the new songs at June's Eindhoven Psych Lab festival, we're expecting a set heavy on material from said eagerly anticipated second long player. Not for the faint hearted.

The Gene Clark No Other Band

A supergroup of sorts, The Gene Clark No Other Band were put together by Beach House's Victoria Legrand and Alex Scally solely as a vehicle to reconstruct Gene Clark's 1974 opus No Other. With a fluctuating line-up featuring the likes of Hamilton Leithauser, Fleet Foxes Robin Pecknold, Grizzly Bear's Daniel Rossen and assorted members of Wye Oak and Celebration among others, we're expecting a memorable performance worthy of such an exquisite guestlist.

Since releasing her first record as tUnE-yArDs (Birdbrains) in 2009, the name Merrill Garbis has become synonymous with all things musically innovative, eclectic and groundbreaking. 2011's follow-up w h o k i l l attained a wealth of critical acclaim with this year's Nikki Nakk set to emulate its predecessor. Having already wowed festival crowds at numerous events this summer, expectations are high here as well.

With a career spanning thirty years and sixteen albums, The Flaming Lips need little introduction. Having formed in 1983, Wayne Coyne's purveyors of experimental psychedelic pop rock can boast a back catalogue to die for. Recent shows have seen guest appearances from a certain Miley Cyrus (see clip below), and while we're not suggesting for one minute the 'Wrecking Ball' star will show up here, stranger things have happened.

Having emerged with last year's excellent debut A Brief Introduction To Unnatural Lightyears, jack of all trades Oliver Wilde looks set to enjoy an even more fruitful 2014 thanks to its successor Red Tide Opal In The Loose End Womb. His live shows also come highly recommended; Wilde's five-piece band fusing an eclectic lo-fi mix of shoegaze, electronica, folk and pop. Wilde's set here promises to be one of those "I was there!" moments as his rising profile ascends at a rapid rate.

The full line-up can be found here.

A handful of tickets remain and can be purchased here. 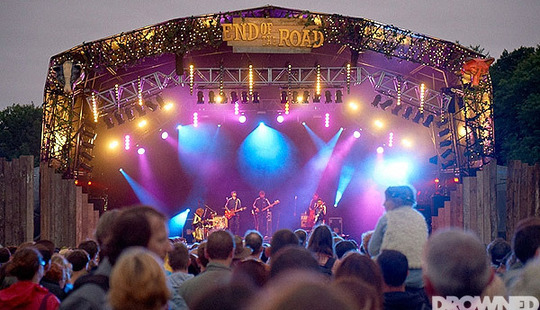 More Than Words: Rutherford Chang and...

Guyliners: Why Do UK Festivals Have S...