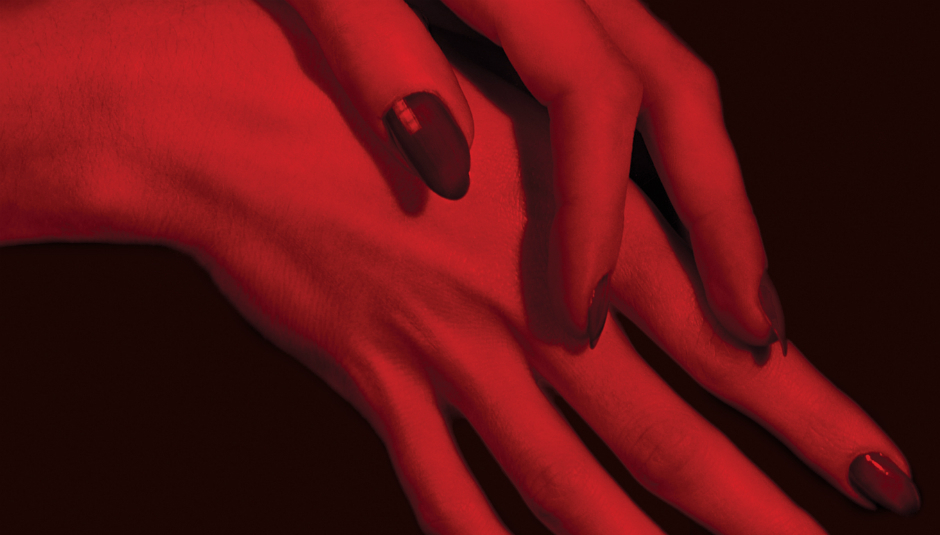 Hello there! It's that time of week again so we've compiled the best new songs from the past seven days into one handy column. You know the drill.

In this edition of DiS Does Singles:

Death From Above 1979 are back with a vengeance Christopher Owens continues to be excellent at being Christopher Owens Jenny Lewis lets rip with her magnificent pipes Jonathan Boulet, White Lung and Jessie Ware are all deserving of your attention

Most significantly, Interpol have done something murderous for the first time since forever - it's Single of the Week.

All The Rage Back Home (Soft Limit)

Let’s be honest here, it’s been a while since anyone got properly excited for a new Interpol album. After Carlos D hung up his pistol holster and the band were booted off Universal, they seemed to be locked in a downwards spiral of diminishing returns. The world-weary cynicism and nagging guitar lines that made their first two records utterly majestic were present and correct, but the intensity was missing.

Existential woe had become routine for New York’s Miserablists In Chief and a string of so-so solo albums did little to dismiss this notion - especially when they paved the way for 2010’s plodding self-titled LP. Put it this way, when a band’s most recent Glastonbury setlist contains no trace of their most recent LPs, they can’t have been that great.

‘All The Rage Back Home’ is Interpol as you remember them: poignant, purposeful and backed by an almighty rhythm section. Its bassline rattles across your teeth like a freight train, competing with Daniel Kessler’s tremolo squeals to see which instrument can best nag at your soul. You’ll recognise the same feeling from Turn On The Bright Lights and Antics as you’re lured towards self-loathing. That singular embrace of all-encompassing darkness and wry witticisms.

“I keep falling, maybe half the time,” coos Banks. “But it’s all the rage back home.”

You could say it's taken a decade for Interpol to come full circle. In pressing the reset button, 'All The Rage...' recaptures something we'd long thought lost. A mainline to darkness manned by three old friends. Brace yourselves, they really are back.

The most miserable songs of all-time

To celebrate Interpol's immense return, we asked DiS' message boarders to pick the songs that are most likely to tip them into manic depression. Join the morose chatter or just listen to our playlist of the best suggestions.

Does the world really need a new Death From Above 1979 album? The caustic Canadian duo came and went in one brutal, three year flash of existence, leaving only an album and EP to their name. Until ‘Trainwreck 1979’ we’d have said that was enough material to be getting on with, but we’re wrong about a lot of things.

Jesse Keeler and Sebastien Grainger haven’t changed much since they split over “creative differences” - chugging riffs and hollered vocals are still in high supply. As for the chiming piano coda, that’s all new and eminently danceable too. Chucked together into a raucous noise-rock cocktail, these ingredients have all the makings of cracking new album. Planet Earth, consider yourself warned.

Nothing More Than Everything To Me (Turnstile)

Former Girls frontman and permanent supplier of heartswells, Christopher Owens is back with his second solo album, following on from last year’s wholly underrated Lysandre. If you’ve been attuned to the blonde mophead since ‘Hellhole Ratrace’, then you’ll know what to expect from A New Testament’s first cut. That’s bittersweet love songs in a ‘Big Star meets Cass McCombs’ mold and blimey is he a pro at those.

‘Nothing More Than Everything To Me’ carries a neat country twang, but otherwise it’s business as usual for Owens. That means plenty of folksy old speak, “And I just wish you could see, oh my honey bee” and a sweet, simple guitar riff that settles in your cerebral cortex like the scent of a schoolyard bake sale. Honestly, the man can do no wrong.

String-drenched and oozing with soul, the title track from Jenny Lewis’ third solo album is a beautiful, straight-up ballad. The kind of song you’ll sit and listen to late at night while ruminating over all the important feelings. Layering a smorgasbord of instrumentation over its soft acoustic strum, Rilo Kiley’s shining light keeps things just on the right side of showy so she can best unfurl her slow, aching croon. If Celine Dion sung like this, we’d be applying for permanent residence in Las Vegas.

Hold It Down (Popfrenzy Records)

You wouldn’t trust Jonathan Boulet with a box of matches and some lighter fluid. ‘Hold It Down’ thrashes around with enough juvenile glee to inspire teen delinquents everywhere. It's incessantly loud and has all the production gloss of a Lidl own-brand baked beans can. If that doesn't sound like something phenomenal, then it's time for you to tune into Radio 2.

In Your Home (Domino Records)

Kudos to White Lung for making the most terrifying/awesome music video we've seen all week. Part reenactment of The Addams Family from the perspective of a really bad acid trip, the rest batshit insane - you just have to watch it and leave all common sense at the front door. Our favourite bit is when the Canadian punks ride into battle on a fleet of pantomime horses.

Alarm bells were ringing for the new Jessie Ware album when we heard it featured an Ed Sheeran co-write. A couple of weeks spent with ‘Tough Love' hasn’t bolstered our confidence either. 6/10