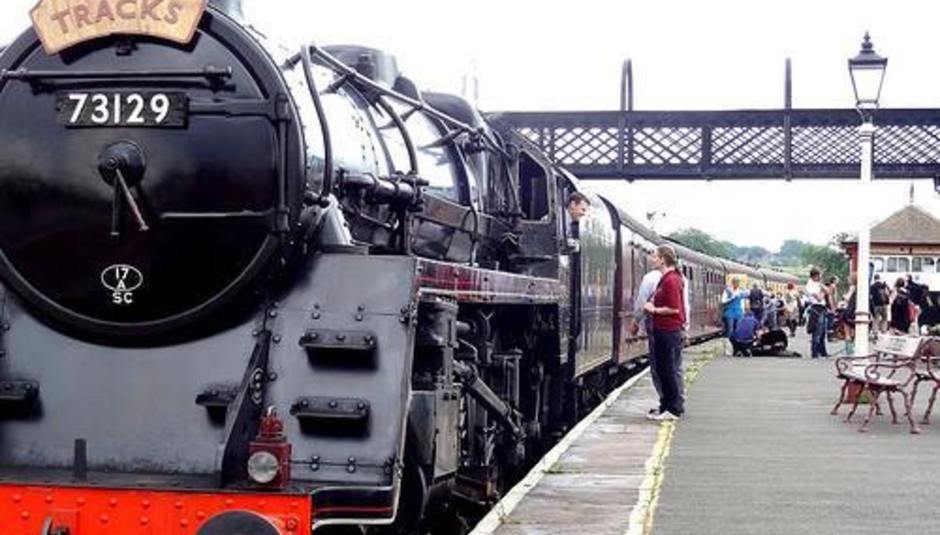 Drowned In Sound have been perennial attendees at Indietracks ever since the festival first opened its doors in 2007. Based on the site of the Midland Railway Centre in the heart of the Derbyshire countryside, its unique setting - one of its four stages is set in a church while another hosts bands on a moving steam train - helps make it one of the UK's most enjoyable festivals. And then of course there's the acts they regularly book too. Previous years have seen the likes of Los Campesinos!, The Wedding Present, Edwyn Collins, Teenage Fanclub and The Vaselines play rousing headline sets. This year's event promises to be just as special, with The Chills, Gruff Rhys, Joanna Gruesome and The Hidden Cameras among those already confirmed to play between the 25th and 27th July.

To get you in the mood, the people behind Indietracks have put together a whopping 55-track compilation featuring every artist scheduled to play this year. The CD costs a measly £2 and is available here.

With the festival almost upon us, DiS hooked up with organisers Nat and Andy Hudson for a chat about Indietracks past, present and future. Here's what they had to say...

DiS: This year's event marks the 8th edition of Indietracks. When you first started back in 2007, did you envisage it still going strong seven years later?

Andy: To be honest, when Stuart Mackay (who founded the festival) first mentioned the idea back then, I thought it was amazing that it even happened once! He'd describe how he was going to have indiepop bands playing on a steam railway out in the Derbyshire countryside, and it just seemed like a remote and crazy dream. And then suddenly the first small event in April 2007 sold out and we all had a chance to actually visit the railway and see what he was talking about. It all seemed to click into place straight away, and now indiepop and steam trains seems like the best and most natural combination in the world!

DiS: What is the key to your longevity?

Nat: I think it's partly because we have such a lovely and loyal indiepop fanbase who love the music, the festival and the railway, and who are happy to come back each year. However, I do think we've also survived because we've tried to be innovative with our band bookings, trying our best to book new and interesting bands every year, both big and small. Hopefully this also helps to bring new fans to the festival, to help spread the word about Indietracks.

DiS: Which year has been favourite so far and why?

Andy: They've all been great, of course! I think the first summer Indietracks in 2007 was my personal favourite, just because it was the first time we'd seen the full site. It was a lot smaller then, but the atmosphere was really special. We've had some amazing performances since of course (Teenage Fanclub, Edwyn Collins, La Casa Azul, The Hidden Cameras to name just a few) but the first one felt really special.

DiS: The festival has also played a significant part in persuading bands to come out of retirement/hiatus. Which was your proudest achievement?

Nat: I know people are really excited about The Chills playing this year, although we can't claim the credit for tempting them out of hiatus. Lots of Indietracks goers were fans of them the first time round, so I think there are going to be a lot of excitable people in the crowd on Friday night! Last year we were really pleased to book Helen Love, playing her first show in 10 years, and this year we've the first ever show from Screen Prints.

DiS: Indietracks also works hand in hand with the Midland Railway. How important has their support been to the continued development of the festival?

Andy: It's been essential. They're the promoters and provide all the financial backing. They stuck with the festival in the early days when it was a lot smaller, and have given us complete freedom to book whoever we like. It's amazing that they let us use their beautiful railway for a pop festival, and I think our audience really like the site. The staff and volunteers work so hard during the weekend and in the run up to the festival and it's very much their festival really.

DiS: The fire at Swanwick Junction in 2012 almost curtailed last year's event from taking place at the site. Did you seek out an alternative venue? Would you have put the festival on somewhere else?

Nat: It was very sad that the model railway was destroyed, and we are enormously grateful to everyone who helped to raise money to help with the repairs. However, we were very lucky in that the fire was in a relatively confined area, and so the festival was never under threat. Luckily for us, we didn't need to seek out an alternative venue!

DiS: Labels such as Slumberland and Elefant have curated stages in the past. Is this something you plan to do with other labels in the future?

Andy: Maybe. I'm sure some people would joke that every year is Fortuna Pop! year, as they usually have a fair few bands on the bill. This year they have Allo Darlin'. The Spook School, Withered Hand, Let's Wrestle and The Proper Ornaments among others. I think it's nice to link up with a label as a special event every few years, but we've nothing planned yet.

DiS: This year's line-up includes exclusive festival appearances from The Popguns, The Flatmates and The Chills, all of whom are also playing Indietracks for the first time. Are they all artists you've been trying to persuade to play the festival for a while? How difficult were they to secure?

Nat: The Chills have only just started to play again, and so that was a new booking idea for us. Of course The Flatmates and The Popguns have always been on our radar - and we're very happy to have them along to play this year.

DiS: Other notable performers this year include Joanna Gruesome, The Manhattan Love Suicides, Gruff Rhys and The Hidden Cameras. Which are you most looking forward to?

Andy: Those few you've mentioned will definitely be something special. In addition, Withered Hand should be an amazing occasion. The recent album's fantastic and he'll get a huge reception. Dean Wareham is a bit of a legend in Indietracks circles and has promised to play the hits! And I'm personally really looking forward to Sweet Baboo, Laura J Martin, Spearmint and Allo Darlin'.

DiS: The festival has managed to operate independently without any corporate funding or advertising since its inception. Has this been difficult to sustain? Do you see it continuing in the future?

Nat: We've been very lucky in that the festival remains financially sustainable and in fact makes enough profit to be a substantial fundraiser for the railway. We don't need corporate funding or advertising revenue, and so I can't see us going down that route, to be honest. It's really important to us to protect the independent nature of Indietracks.

DiS: What does the future hold for Indietracks going forwards?

Andy: We'd like to try and keep the line-ups varied and interesting, so hopefully we can keep attracting exciting names and there'll keep being great new bands around the corner. There's a sense with festivals, and with life in general, that everything has to keep growing and getting bigger, but actually we've a lovely venue and a great audience and we've no reason to over-stretch or expand radically. We'd just like to keep the spirit of the festival and just invite most interesting bands we can.

DiS: If you could curate a dream line-up from artists past and present, who would the headliners be?

Nat: This is so tough, and everyone in the team would answer differently I'm sure! For me, I'd love to see St Etienne and Belle and Sebastian play, and the Go! Team would be fantastic too. My all-time dream would be for Gorky's Zygotic Mynci to reform and play Indietracks, but I don't think that's ever going to happen sadly!

Indietracks takes place at the Midland Railway Centre in Butterley, Derbyshire during the weekend of the 25-27 July.

More information on the festival including how and where to purchase tickets can be found here. 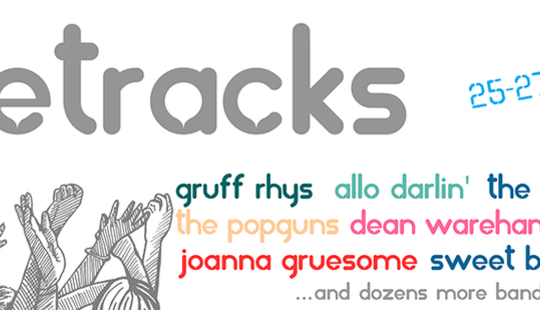 In Photos: The Lake Poets @ The Minin...