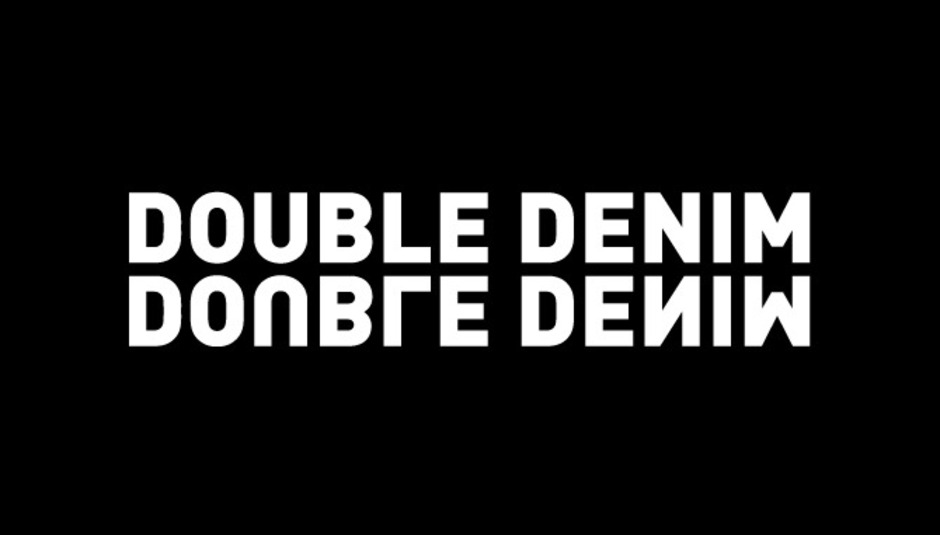 The Independent Label Market will be returning to Old Spitalfields Market this Saturday 12th July for the fourth Summer market in London (supported by AIM - the Association of Independent Music). For the second time, The Independent Label Market is also partnering up with London Brewers’ Market, which will feature a selection of local breweries from the London area, such as The Five Points Brewing Company, Brixton Brewery, Camden Town Brewery, Fullers,Meantime Brewing Co. and many more.

Ahead of this Saturday's event, Gemma Samways spoke to Hari Ashurst and Jack Thomas, founders of Double Denim Records - just one of the many labels who will have a stall at this weekend's event. Check back this week for a series of interviews with other labels involved in the market.

“To make your wildest party fantasy seem regal, rolling around on the dank carpets of a fourth floor apartment while the DJ ruins his oldest record with a beatmasher.” 19th May 2010

These were the first words that Hari Ashurst and Jack Thomas published on the Double Denim Tumblr. Four years on, that slightly surrealistic new music blog, named after a fashion faux pas, has evolved into one of London’s finest indie imprints, responsible for unearthing an eclectic collection of left-of-centre electronic-pop acts, including Amateur Best, Starslinger, Empress Of, Outfit and Hockeysmith.

Inbetween preparations for this weekend’s Independent Label Market, Ashurst and Thomas made time to discuss Double Denim’s roots and ambitions in more detail, and share their thoughts on the state of the independent sector in 2014...

When you started the blog, was the aim always to branch out into releasing records?

Hari Ashurst: No, the blog was the whole idea at first. We just realised that we were finding really great new stuff that nobody was putting out, so we thought we’d press up some 7’s and see what happened. Neither of us had worked at a label before so we really didn’t know what we were doing back then.

It must have been a steep learning curve. What has been the most challenging aspect of running Double Denim?

Jack Thomas: Well, financially, running a label is a really stupid thing to try to do. Every day I wonder how we’ve actually managed it.

Listening to new music all of the time makes it worthwhile, though. Seeing an artist take that next step up creatively is a great feeling, as is getting to the end of EP or LP projects. Making records isn’t an easy thing to do, so it’s definitely a buzz hearing the definitive version of something, and getting deliveries of vinyl.

What were your initial hopes for the label? And how do they compare to your ambitions now?

Hari Ashurst: We hoped to sell all 500 copies of our first 7". And we did. That was the extent of our ambition at that point. Now it’s evolved into something much deeper: we want to keep working with exciting new artists and keep making records that people fall in love with.

What are you looking for in a potential signing? Is there a particular style you gravitate towards?

Hari Ashurst: No, no style really, so long as they’re exciting and doing something new. Something that provokes a strong reaction – good or bad – is usually worth thinking about.

Unlike some labels, there’s no real defining sound to Double Denim. At a push, I guess you could say it’s all attention-span-challenging pop music, bonded by synths.

So how do you approach A&R?

Hari Ashurst: We scout around for acts online and at shows, but most of the time the good artists find us through scenes or friends. Good musicians tend to hang out with other good musicians, and that usually endears itself to finding out about exciting people that you wouldn’t otherwise hear of.

For example, I knew Outfit from living in Liverpool. We were all in bands and lived in a huge house together with lots of other people. I knew before even hearing a note of their music that Outfit would be something special.

Jack Thomas: Empress Of we found online, but it actually turned out that Lorely [Rodriguez] was good friends with [former Double Denim signing] Celestial Shore. So we met up when I was staying with them in New York and went from there. Similarly, we met Hockeysmith through a friend of ours.

How much competition is there between the indies in terms of A&R?

Hari Ashurst: There’s a lot of competition and dirty tactics: kidnappings, ransoms, bomb threats, all sorts. That’s all I can say, for obvious reasons.

How important is your status as an indie label to you? Is it something you consciously take pride in?

Hari Ashurst: It’s important, for sure. There’s a family vibe in the independent sector; we know and chat to a lot of the other indie labels, and it’s always nice to see them at events like the Independent Label Market.

What’s your take on the Independent Label Market? Is it just a bit of fun, or do you think it’s an important industry initiative?

Jack Thomas: It is a fun thing to be a part of, yeah, but it does also feel like an important date in the calendar now, and one that I’m sure a lot of labels plan ahead for. I hope that ILM stays true to the independents, and I’m sure it will. I would hate to see it go down the same road as Record Store Day, which seems to be slowly turning into another cynical marketing angle for major record labels to shift “limited” 7’s that nobody wants.

What can punters expect from your stall on Saturday? Will there be any special releases?

Jack Thomas: Hockeysmith’s debut EP will be available there, and we might also have some new Double Denim T-shirts on sale too, but I need to order them first...

So far this year you’ve put out the Hockeysmith EP and Hari’s Bayou mixtape. What else is coming up on Double Denim in 2014? Can we expect Outfit and Empress Of albums?

Jack Thomas: Loads of stuff later in July, actually, including two brand new things that we can’t talk about yet! Empress Of has flown the nest now so we’re as excited as everyone else to hear her debut.

Hari Ashurst: The new Outfit album is one of the best records we’ve ever heard. We’re excited to see where they go with it.

Double Denim turned four in May. Are you planning any special releases or shows to mark the anniversary?

Jack Thomas: Yeah, we’re definitely going to throw some parties later on in the year. To celebrate our third anniversary we put shows on in Tokyo, London and New York, so we need to top that!

What advice would you give to anyone starting their own label?

Hari Ashurst: Have a really clear vision. Do it for the music. Don’t try to explain what you do to distant family members; just say you’re a plumber or something.

One last question: Third Man Records’ motto is “Your Turntable’s Not Dead”, Stiff Records’ is “If They’re Dead, We’ll Sign Them,” and Sub Pop’s used to be “Going Out Of Business Since 1988.” What’s Double Denim’s?

Hari Ashurst: “Crucial pop music in times of click bait.” Jack Thomas: “Are we fucked yet?” 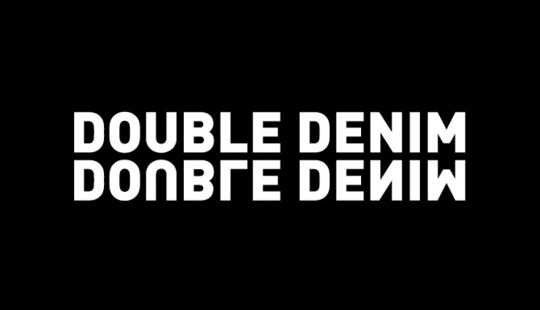 Albums are dead, so we reviewed the R...