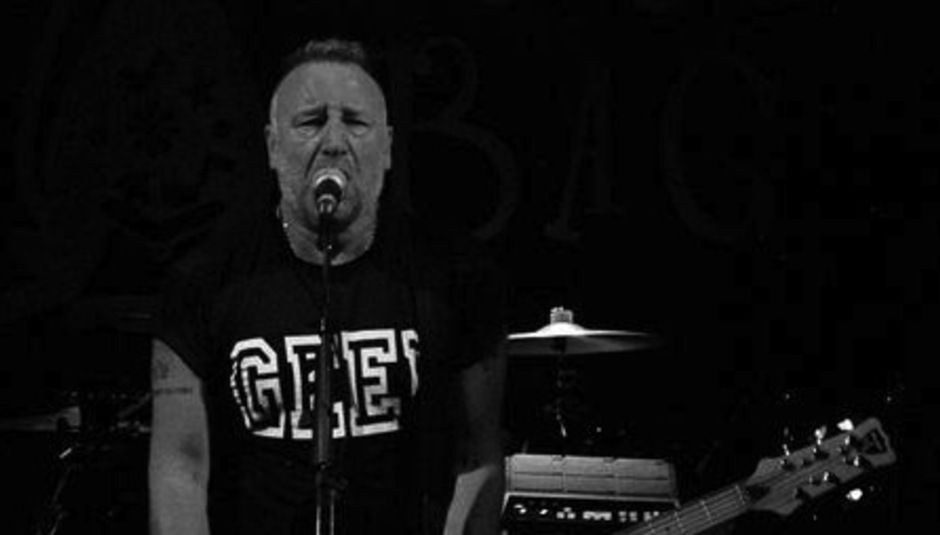 Try as some might - and many have for differing reasons - it's difficult to omit superlatives such as "legendary" and "iconic" when talking about Peter Hook. As a founder member of Joy Division and then New Order, he and his former cohorts have been responsible for introducing the world to some of the most groundbreaking sounds of the twentieth century. Which therefore gives him as much right as any of his colleagues to tour those songs however he chooses.

Nevertheless, since putting together his current outfit The Light four years ago, he has come under scrutiny and been subjected to far more criticism than his former colleagues still trading under the New Order moniker. This is perhaps a tad unfair, particularly if tirelessly energetic performances like the one this evening are anything to go by.

In March of this year in an interview on these very pages, Hook spoke about the ongoing legal battle with Barney Sumner and co. while labelling them "the people masquerading as New Order" in the process. To say the split between him and his old bandmates isn't amicable may be an understatement, and yet despite the bitterness and underlying resentment harboured, Peter Hook & The Light have developed into a well-oiled machine that - whisper it - actually deliver these songs better than the current line-up of New Order.

Bearing in mind the musical expertise and experience within the band - three of them used to play with Hook's old side project Monaco in the late 1990s - it shouldn't come as that much of a surprise. Even when thrust into the role of axe-wielding frontman - something one suspects Hook has been chomping at the bit to do for years - he never once looks out of place. With son Jack Bates proving a more than capable deputy on bass, they've become an impressive tour de force more than worthy of associating themselves with arguably two of the finest back catalogues in rock and roll history.

While there'll always be a cross-section of Joy Division devotees only too ready to accuse the band's former bass player of sacrilege when furrowing the late lamented foursome's songbook in public, tonight's dedication of 'Atmosphere' to Ian Curtis' former girlfriend Annik Honoré, who sadly passed away earlier this week, oozes dignified sincerity. Although there's little doubt these songs could ever be conveyed with the same manner and conviction as Curtis exuded, the positives far outweigh the negatives. Most notably that very few people actually saw Joy Division in the flesh first time round and secondly, The Light play these songs in exemplary fashion without dropping a single note from beginning to end. Six songs later, and far from being obvious selections from the Joy Division catalogue, the doubters seem converted, restless bodies dripping in sweat vying intently for a coveted front row space.

Or maybe it's just the heightened anticipation for what's about to come. If Power, Corruption & Lies heralded New Order's rise as a commercial force to be reckoned with, 1981's debut Movement stands alone as their great "lost" album. Not so much a fresh start for the surviving members of Joy Division, it serves its purpose more as a eulogy for their tragically departed singer. Experimental in terms of laying the foundations for what followed, getting Martin Hannett on board to produce the record may have been a genius or ill-advised move, depending upon which side of the fence you're perched. Flawed in parts; neither Hook nor Sumner clearly wanted to assume the mantle of singer at that point; its apologetic nature on record finds itself energetically brought to life here in the flesh. Preceded by early single 'Procession' - a song Belle & Sebastian "borrowed" from for Tigermilk's 'Electronic Renaissance' some 15 years after its release - and the rarely played 'Homage', initially recorded in the latter part of 1980 but never released in any format after. While 'Dreams Never End' bridges the gap between Joy Division's guitar heavy sound and New Order's flirtation with electronics, it's the likes of 'Senses' and 'Denial', again played with astute perfection, that illustrate the importance of Movement in the band's canon.

Opening the third set of the evening with 'Cries & Whispers', again lifted from the 'Everything's Gone Green'/'Procession' twelve-inch before seguing into the former, the band prove themselves more than just flawless replicas of the genuine article - New Order rarely played many of these songs first time round after all. It's the Power, Corruption & Lies set that really lifts the energy levels in the Rescue Rooms, turning the 450 capacity venue into a doppelganger for New York's Danceteria or Amsterdam's Paradiso circa 1984. From the unmistakeable intro of 'The Age Of Consent' and 'We All Stand''s detached melancholia through to the elegant techno of '5-8-6' and eerie electronica-tinged 'Your Silent Face', again an undeniable influence for Cold Cave's 'Love Comes Close', each and every song hits the spot providing a timely reminder as to why this record is still held in such high regard some thirty-one years after release.

While curfew times dictate the length of tonight's set; 'Ceremony' is inadvertently dropped as a result; Hook returns for a fourth time wearing an England t-shirt before unexpectedly launching into 1990 World Cup anthem 'World In Motion'. It's a light-hearted departure from the rest of the evening's intense nature, with every punter in the room contributing their finest John Barnes impersonation during the song's unforgettable coda. Closing with 'Temptation' and 'Blue Monday', the atmosphere by now ornately electric, there's something distinctly celebratory about this hours long extravaganza.

Whether one falls into the category of nostalgic revivalist or relative newcomer to the origins of New Order, tonight will go down as a triumphant history lesson for all. Bearing that in mind, September's Lowlife and Brotherhood shows can't come soon enough. As a certain someone from Manchester once said, "There is a light that never goes out" and on this performance, Peter Hook's shines brighter than ever.

For more information on Peter Hook & The Light including forthcoming shows visit his official website.