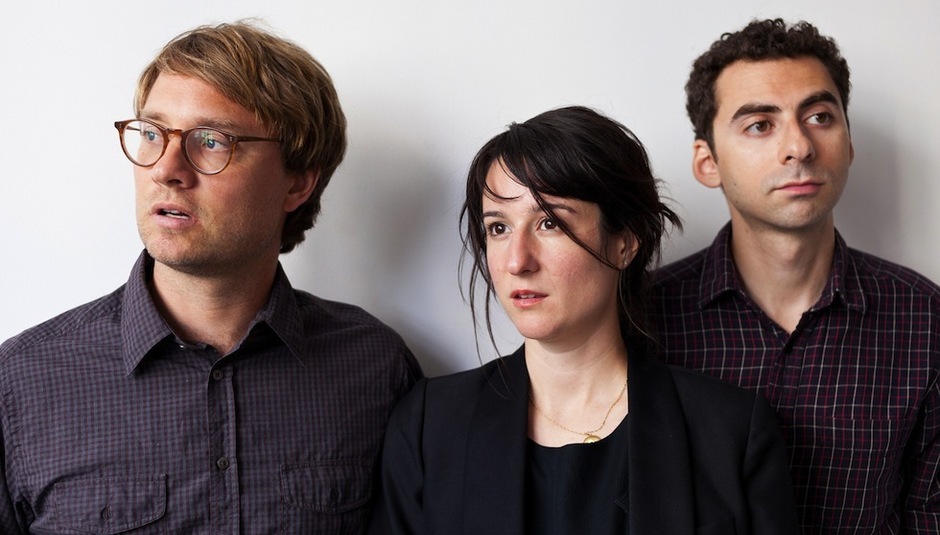 DiS meets Hospitality: "Maybe we all feel like outsiders in a way"

DiS meets Hospitality: "Maybe we all feel like outsiders in a way"

Hospitality’s first record came out in the same year that university tuition fees tripled in the UK. There could hardly have been a more apt or resonant time for it to be released.

As more and more graduates cheerfully drifted into unpaid internships and overpriced accommodation after their time in education, Amber Papini’s songs perfectly captured the blend of anxiety and excitement unique to that period of life.

“Transitions are interesting”, Papini tells me. “All those songs on that first record are to do with transitions, and facing your life – the transition from child, or teenager to after college and facing: ‘OK, what am I going to do with my life?’ Those kinds of questions were interesting to me”.

“I had recently finished graduate school when I wrote most of those songs and I had a massive amount of debt, and I wanted to be a singer-songwriter”, she continues. “It was absurd, having all this debt, and wanting to be an artist”.

This year’s brilliant Trouble feels as much a direct sequel to their debut as it does a follow up. The songs are flintier, airier and more mature – an adjustment to the realities of post-graduate existence; sounding like the isolation of finding yourself in narrowing parameters of opportunity. But as with their debut, these songs find meaning in the pleasures of simple connections.

“Isolation [is] definitely in the music”, Papini says. “I’m always interested in the outsider and the outsider’s story. Maybe we all feel like outsiders in a way. Maybe that comes through in the lyrics. People just want to relate, but you feel isolated, or like a misfit. I’m trying to reach out.”

Having said this, there is definitely far less of an obvious overarching lyrical theme to Trouble. In contrast to their debut, it can be quite difficult to tell what some of these songs are precisely about, in spite of the album’s consistent mood.

“I wanted to be less specific. I think the first record was really about a time and a place, and this record is more about general concepts like nature and the ocean”, Papini agrees. “It wasn’t super conscious, but I knew I wanted to get away from the songs of the first record a bit”

Despite fixating on a youthful period of life, Hospitality’s first album rejected the recent fad of reflecting nostalgia in the music itself. Far from chasing chewed up cassette sounds, or sixties dream-pop vibes, Hospitality sound utterly fresh and contemporary, creating sprightly guitar-based pop music purely of the here and now.

“I know what you mean, there was that fad, that production style”, Papini says. “But we wanted a natural sound. We were always going for a natural sound [on our first record] although it does have a really pop sound, a really compressed, radio friendly sound”

The second record is very different. Listening to their debut, you’d never describe the sound as busy. But Trouble makes Hospitality sound positively cluttered by comparison. Stripping back the sound was a purposeful process in making the second record. “It was an exercise of restraint”, she admits. “Our producer likes to add stuff and we like it too, so we were consciously trying to restrain ourselves”.

The result is a record which has both twice as much space as their debut, as well as twice as much detail. “It’s very intentional”, Papini admits.

“The last record we made in four days. This record we did everything in a studio, and it took like a month. We had more time and thought. We planned it out, Nathan (guitars) notated a lot of the parts. We had players come in… a cello player, a flute player and a trumpet player. That was something we were trying to do”

Aside from opening up space in the sound, the songs of Trouble open up space to meander, and let things run on for as long as they like.

“There’s a lot of improvisation in the trio aspect of us”, Papini says, “especially with Nathan. He’s the improviser. We were totally jamming on [‘I Miss Your Bones’]. We recorded that as just the three of us. It’s loose, yeah, and Nathan’s guitar playing is different every night”

From creating a charming collection of pop songs grounded in time and place, Hospitality have made a huge leap in maturity with their second record, crafting one of the finest albums of the year so far. After drastically broadening their lyrical themes and stripping back their textures, the listener wonders if this process will continue to tend in this direction.

“We’ll probably change again”, Papini decides. “We’re always changing. It seems like a lot of bands don’t change, which is good I think. People like that – they want to know what to expect. It’s comforting, and if it’s executed well it’s great. But we’re not that kind of band” 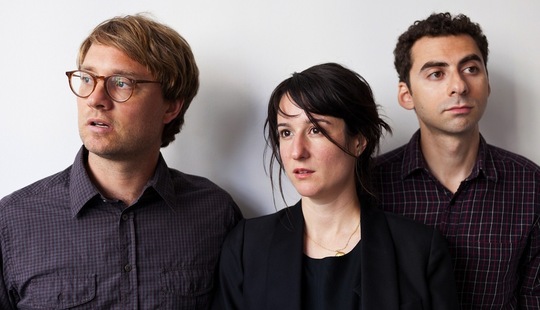