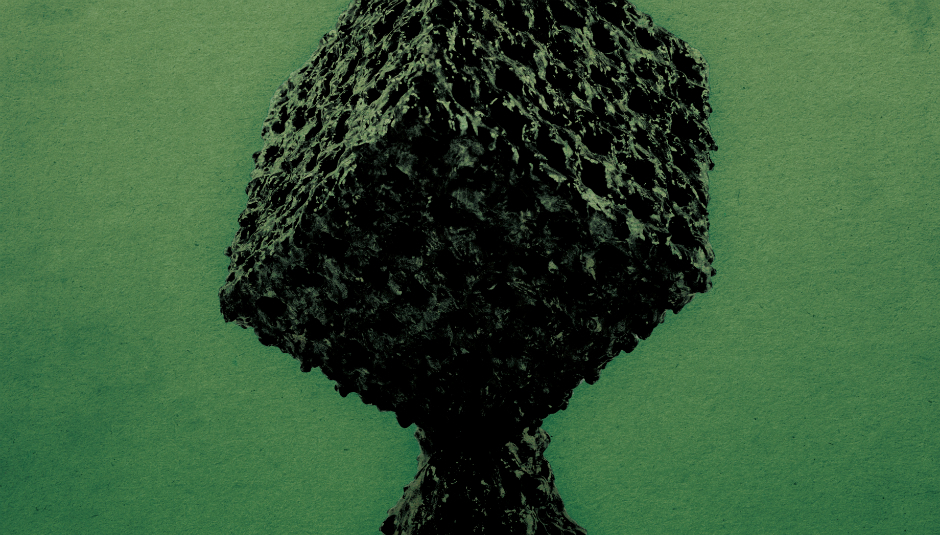 Hi there. With Primavera having kicked off the European festival season it's officially time for your favourite bands to stop songwriting and strum the same setlist for four months on end. Except no one seems to have told the ragtag gang below who've thrown out some phenomenal new music.

La Roux has cemented her comeback in fine style, Jaws have come up trumps with another cracking track and Beverly are a new band with you're going to like an awful lot. Plus, there's awesome stuff from St. Vincent & Nirvana, Cymbals and Max Marshall.

What about Single of the Week? That belongs to Merchandise's transformative 'Little Killer'.

A proper Merchandise album that you can buy in all good record stores is definitely, finally happening. Allow those words to sink in a little. They've taken long enough to arrive.

Since forming in 2008, Carson Cox's alt-rock outfit have engaged in a tantric flirting session with their first wide-scale full-length LP release. There have been taster outings in Children of Desire and Totale Nite, the vinyl-only (Strange Songs) In the Dark, the tape-only Gone Are The Silk Gardens Of Youth, several EPs and a few more singles. You can't fault the Tampa, Florida five-piece for output. As for a singular, emphatic statement of what they're about, don't ask the a group who once claimed they "sounded somewhere between Erasure, Suicide, and Otis Redding coming out of a Japanese keyboard."

That's what makes 'Little Killer' so goddamn exciting. "We're going to re-make ourselves as a pop band, but it'll still be a twisted reality,” boasts Cox, and you'd better believe him. A taught, jangling number that cribs from Echo & The Bunnymen in favour of Fugazi, it lays waste to the feedback-drenched squall that Merchandise once made their own.

Soaring riffs and and slack-jawed preening are in high supply but, otherwise, brace yourself for a grandiose change. The bracing anthemics of this year's 'Figured Out' have been further refined to squeeze inside a three-minute frame. Writhing on the crest of a jagged guitar line, like an embittered Real Estate track, ‘Little Killer’ is slight but subversive. Beneath its pristine surface lies an anti-war hat tip to the poet/soldier Wilfred Owen, and you’d expect nothing less from the fiercely erudite Cox.

With their eyes set on a grander prize, Merchandise have repressed their excesses to prep for a finely tuned chart assault. "Up next on BBC One," booms a distorted voice as the ‘Little Killer’ video kicks into life.

Today: a dystopia. Tomorrow: a reality?

Nirvana's induction into the Rock and Roll Hall of Fame last month was so miraculous that them joining the illustrious company of Rod Stewart, Santana and Aerosmith seemed like a genuinely good idea. If you don't know what happened yet, then Courtney Love buried her Dave Grohl-embossed hatchet and the band got a host of female singers to fill in for Kurt Cobain. Up until this weekend you had to put up with some patchy YouTube footage to watch Lorde usher forth a trembling 'All Apologies' or Kim Gordon rock the fuck out to 'Aneurysm'.

On Saturday, HBO screened a professionally shot programme of the event and dear lord you need to watch it right now. That's easy enough if you live in the land of the free and the home of McDonalds, and have a HBO Go account. If not, all that’s legally available to watch is this 40 second clip of St. Vincent slaying ‘Lithium’. Where’s a magical search machine when you need one, eh?

Now that La Roux is firmly back where she belongs, in neon threads and pedalling synth-tinged break-up tales, we can officially breath a sigh of relief. If ‘Let Me Down Gently’ proved Elly Jackson’s five year hiatus wasn’t in vain, then ‘Uptight Downtown’ has us chomping down all those ‘acceptable in the 80’s’ puns we’d pre-written like gruel from a Dickensian orphanage.

An absolutely barnstorming swell of shimmering disco guitar and Jackson’s unique, tremulous falsetto - it’s set to dominate FM airwaves from here until eternity. By then we’ll have figured out how body pop in sync with its ludicrously catchy bassline. Elly, from now, you can take time off whenever you like. You have our official permission.

We’re longtime fans of B-Town’s Jaws because they never fail to deliver a rollicking singalong single. Sure, ‘Be Slowly’ owes a sizable debt to The Cure but, with a hook that could move mountains, you’ll be too busy head-bopping along to care. It’s the lead single off their debut album of the same name, which is due in September and features the similarly giddy ‘Gold’ and ‘Think Too Much, Feel Too Little’. The word you’re looking for is ‘PHWOAR’.

Now the Vivian Girls have disbanded, Frankie Rose is free to plow her own garage rock furrow with Beverly, an idiosyncratic guitar duo starring songwriter-in-chief Drew Citron. Formerly a member of Frankie’s solo live band, Drew takes center stage on ‘Honey Do’ - a Best Coast-esque ode to hanging with your boo that’s lathered in elegant scuzz and aching harmonies. That classic one-two combination you’ve heard so many times before, but always fall for once more when summer rolls around.

If you’re a fan of spoken-word French nonsense, time-lapse shots of London and songs that make your hips wiggle, then allow us to point you in the direction of Cymbals’ new single. ‘The End’ is taken from The Age Of Fracture, the London four-piece’s third album that’s named in tribute to Daniel T. Rogers lofty polemic on modern existence. Instead of theorising on the nature of cultural identity for seven whole minutes, this twinkling synth-pop gem takes on the (slightly) less lofty idea of dancing to forget your shitty 9-to-5 employment. A decade after The Rakes did the same thing with guitars, their spirit lives on.

After the beguiling sigh of ‘Your Love Is Like’, Max Marshall has taken things downtempo with ‘Yesterday’. Her Massive Attack meets Jessie Ware vibe remains, but this time the rolling fog of percussion is heavy set with regret. “What shall I do: give up or give into you?” simpers the Baltimore-born singer as she agonises over a drug-riddled relationship. Thankfully, music won out in the end and the world got a hazy kiss-off to fall head over heels for.

Stay With Me (Google Play)

In a British TV first this week, a lot of money was thrown at major label priority act so that he might be able to sing on the TV…. live… during an ad break… on Channel 4! Zane Lowe was so overcome by the grandeur of the occasion that he proclaimed Sam Smith to be ‘incredible’ before a note had even been sung. That’s high praise from a man who once chose the second single from the Divergent soundtrack for Hottest Record over The Horror’s ‘I See You’.

‘Incredible’. Sure Zane. Sure.