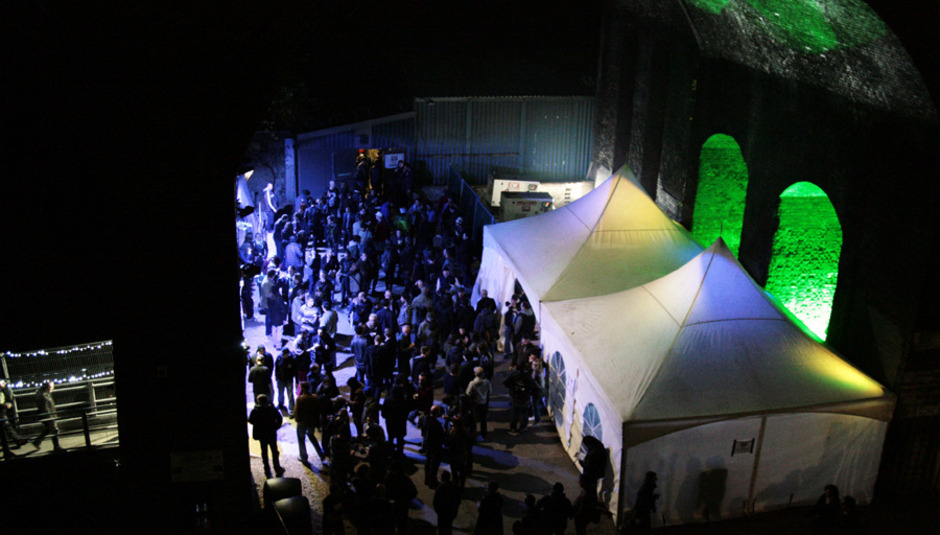 Glastonbury this. Reading that. Yada yada Latitude. 'Who’s playing V?' 'Ed Sheeran.' 'Right ho.' As Jason Williamson from Sleaford Mods might say, "it’s all so fuccccckinnn’ boring!” More on them shortly. Do you require something a little more remarkable and challenging from your music festivals? Well then mate, you want to get yourself to Birmingham’s Supersonic. 30-31 May. Down the Custard Factory. Be there or be sat scrolling through news feeds about the lucrative Libertines reformation while your neighbour who still listens to the Red Hot Chili Peppers blasts Californication through the wall at full volume. Call me a snob, but there’s got to be more to life. Here’s our pick of the experimental pack.

Expect volume. Expect intensity. Expect a very long intro consisting of an overwhelmingly loud drone that goes on a little bit longer than you’d like it to. Expect a pretty long set in general. Expect it to just get louder and louder and louder and... Expect frowning. Expect unashamed indulgence. Expect the same chord strummed over and over again. Expect morbid lyrics sung in a sinister baritone about violence and blood and decay and murder and mothers and lovers and religion and dirt and shit and pestilence and corruption and evil and sin and damnation and mankind’s infinite pitiful failings and other such uplifting jollities. Expect a topless man beating drums and stuff at the back who looks like a barbarian warrior and whose name is ACTUALLY THOR.

A recent line-up shake-up has given these Michigan noise legends an electrifying freshness, as evidenced by last year’s magnificent and relatively restrained No Answer: Lower Floors LP. Exit Mike Connelly, enter 'Crazy' Jim Baljo who, despite his nickname, has brought a calmer, laidback stoner edge to John Olson and Nate Young’s bleak and desolate (though by no means humourless) static-laden horrorshow creaking jazz noise thang.

Along with Fat White Family, this disgruntled Brit-rap DIY spoken-word duo are here to give us some hope that politics, culture and society haven’t entirely slipped down the porcelain of the toilet bowl to be flushed away forever. Potty-mouthed and embittered, Sleaford Mods are a bit like what Goldie Lookin' Chain might have been like, if they hadn’t have been totally rubbish. Or a homeless take on The Streets. Or a hip-hop The Fall. Or something. But don’t take my word for it, for I rarely know what the hell I’m banging on about. Rather, check out this string of 9/10 and 10/10 customer and staff reviews over at the esteemed Norman Records.

When I saw Margaret Chardiet (aka Pharmakon) at ATP last year, it was like watching a seductively terrifying Clive Barker cenobite trying to scream her way out of a hellish netherdimension. Don’t miss this performance. Will anyone come out alive? Hope not!