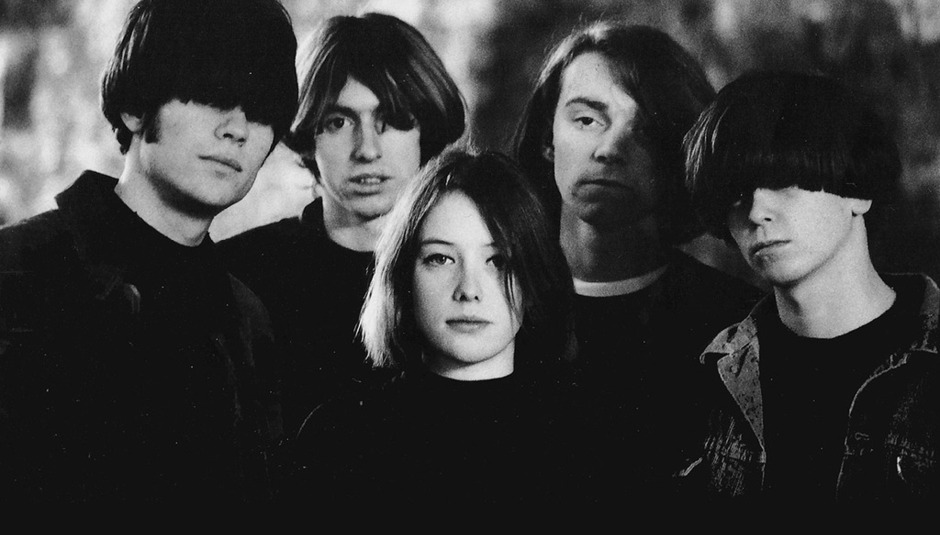 "History is a set of lies agreed upon" - Napoleon.

In the case of Slowdive, theirs came to an abrupt end at the outset of 1995.

Overshadowed by the inevitable rise of Britpop and ultimately undervalued as a result, their third and final album Pygmalion escaped from the vaults in February of 1995 pretty much unnoticed, ignored by the music press (having been lambasted in some quarters right from the start). If anyone had made the prediction during those cold winter months of 1995 that nineteen years later tickets for the inaugural Slowdive reunion show would sell out in under three minutes, they'd have been sectioned by the men in white coats.

Fast forward to the middle of January this year and a series of cryptic tweets signifying some form of countdown appeared on Twitter. Posted by four of the band's former members (main singer/songwriter Neil Halstead being the notable absentee due to other commitments), it was perhaps somewhat predictable that the end of the count coincided with the line-up announcement for this year's Primavera Sound festival. And with it, the rebirth of Slowdive was confirmed.

This is the band once denounced in an interview with Manic Street Preacher Richey Edwards as being more hateful than Hitler, not to mention the "soulless" and "unfulfilling" tags bestowed on them in other sections of the then-popular printed press. Well, it seems they got it wrong. Very wrong in fact. Focal points of the so-called scene that celebrates itself, along with Ride and Chapterhouse - a reference to the Slough Music Festival of 1991 and Home Counties based indie scene which dominated its line-up = at the time shoegaze was also a dirty word. Rumour has it Noel Gallagher demanded Slowdive be dropped from Creation Records' roster before Oasis would sign to the label. Seemingly a by-word for negativity for so long, therefore it gives me great pleasure to see Slowdive have the last laugh. Not so much a defiant two fingers to their detractors, but more a hefty dose of ethereal bliss.

So what of Slowdive: The 2K14 model? Well for a start, those fortunate enough to have witnessed the previous night's secret comeback show at Sonic Cathedral's 10th birthday party having already filled the Internet with platitudes aplenty proclaiming their brilliance, expectations for this evening, the official return would be high. With tickets (face value £20) changing hands outside for up to £300, the wave of interest afforded Slowdive easily usurps every other reformation in recent memory. Tonight's audience being a mixture of musicians - members of Spotlight Kid, Engineers, 93MillionMilesFromTheSun and Model Morning are spotted within seconds of entry - industry bods and curious punters, some having flown from all corners of the globe to be here.

For openers Younghusband it represents arguably the most prestigious show of their fledgling careers, and for the thirty minutes they're afforded they don't disappoint. It's the headline act everyone's waiting to see though, and when the band appear on stage fifteen minutes later than scheduled the roar that greets them is akin to one greeting the teams stepping onto the Wembley turf on Cup Final day. Launching into 'Slowdive', their earliest composition and debut single, followed by b-side 'Avalyn', the five youthful looking figures having barely aged over the twenty-two years since their last tour. Slowdive's music was always about being transported into another world; an alter state where dreams became reality. Undoubtedly more accomplished and taut than first time round, they've also added a set of heavier, incendiary strings to their bows if the instrumental breakdown on 'Catch The Breeze' and laconic 'Crazy For You' are anything to go by.

A crowd surfer emerges unexpectedly during 'When The Sun Hits', while their angelic flirtation with dub 'Souvlaki Space Station' excites and mesmerises in equal measures. Second single 'Morningrise' and flipside 'She Calls' follow in quick succession, neither quite scaling the heights of the Pygmalion/Souvlaki suckerpunch preceding them. However, their version of Syd Barrett's 'Golden Hair' which brings the main segment of the show to a close is simply euphoric, Rachel Goswell's pitch perfect vocal seguing tirelessly into a meld of effects-heavy guitars.

For the encore, Pygmalion opener 'Rutti' makes its live debut and despite a nervous start, the band pull it off gracefully. Another former single 'Alison' follows suit and as its final notes peter out, history is rewritten. Emotional at times, yet unequivocally gratifying from beginning to end. Forget the past, Slowdive's time is now, and boy are they going to enjoy it.