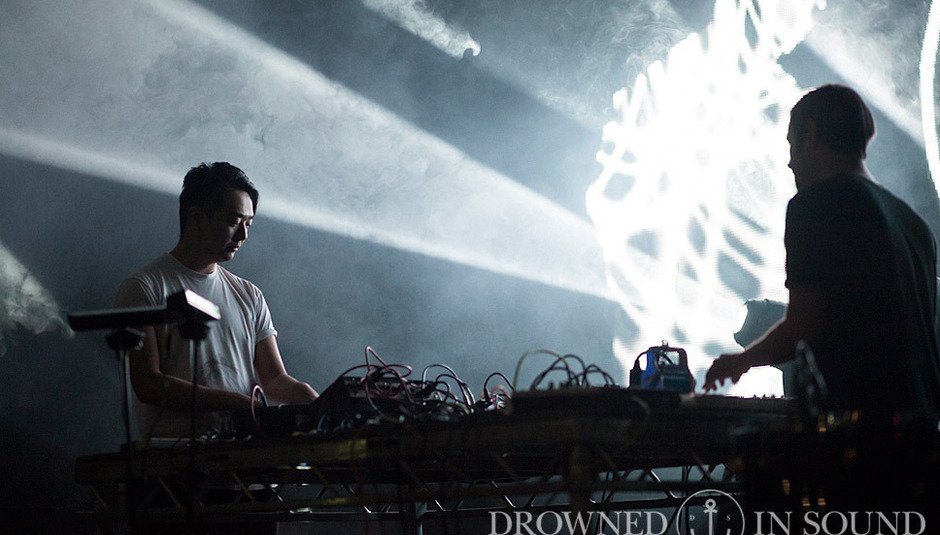 Convergence - A new series of "Electronic music" events in the post-Dubstep, EDM-dominated era

Convergence - A new series of "Electronic music" events in the post-Dubstep, EDM-dominated era

This weekend, a new series of events for "electronic music" kicked off in London.

In the short essay below organiser Glenn Max, who founded the Ether Festival and who runs East London's Village Underground venue, says "I like the idea that many disparate artists, musicians, talkers and raves are united." We have a feeling many of you will more-than like this idea too.

With events underway, we asked Glenn why he set-up the series of events and about the current state of (for want of a better umbrella term) electronic music. We expected a few words but received the following essay. Before we get to his piece, his co-pilot at the Village Underground has put together this mix to listen to whilst you're reading: Before chucking his wife out a 10-story window in NYC in 1988, artist Carl Andre, most closely associated with the minimalist movement of the 1960’s, produced at least one work of exceeding practicality and cogent thought.

As the producer of Convergence, a new series of gigs, talks, events and installations based loosely around electronic music, brought to you by East London’s Village Underground, I am confronted by Andre’s axiom.

The subjective qualities, vector x1 and x2 are my own complex relationship with all genre-based music – and an especially difficult relationship with exceedingly popular genres. Electronic music both benefits and suffers from its rejection of traditional performance-based priorities. As a programmer of performing arts, I am at the very least challenged by what is often a resolute rejection of performance.

The conventions of popular dance music are as maddening as the conventions of any genre that caters to itself like a serpent eating its tail—a closed system. Dance music is as much an economic phenomena as it is an art-form, fuelled by sales of alcohol, energy drinks and drugs with its teasing promises of promiscuity and sexual conquest it artificially inflates an illusion of now-ness while pounding down the hours with incessant repetitive beats and motions. In nearly all cases, its message is limited to the music and the music only. Attempts of elevating the discourse around dance music can easily seem irrelevant and over-reaching, the art form itself stuck in a loop of its own making, taking fewer risks and not progressing.

And thirdly, the economic conditions, z1 and z2 which, as the Artistic Director of a tiny but ambitious venue like Village Underground, are perilously fraught. We’ve grabbed what we could, invested in partners and relied on friends. We’ve scraped together everything we have to make this programme relevant and engaging. With the keynote concert graciously hosted by the Barbican and Bleep.com, (Fuck Buttons, Mount Kimbie, Fennesz - April 25), we have managed to establish a toehold in the cultural conversation and the cultural calendar of the capital.

Our line-up also includes The Haxan Cloak, Anna Von Hauswolff, Jacques Greene, Koreless, Digitalism and Three Trapped Tigers, so we’ve managed to cover some pretty compelling ground for year one of our endeavor despite the limitations of our economic resources.

In the pre-dubstep era of 2001, I created a festival call Ether which sought to bring electronic music to a more performance-based engagement. Hosted at the Southbank Centre, Ether challenged electronic composers and producers to present events that were more live, more visual, more collaborative and more engaged with other artforms and music genres.

While it seems fairly standard today, at the time it was a radical prospect for an art centre. Great experimental artists like Jeff Mills, Chris Cunningham, Jim O’Rourke, Soulwax, Morton Subotnick, SigurRos, Matmos, Jonny Greenwood and others brought projects that not only challenge the old orthodoxy of the Southbank but challenged the orthodoxy of the ever-growing electronic community.

So in the post-Dubstep, EDM-dominated era what does it mean to try to produce a series of gigs, talks, events with a similar focus that brings new ideas and stimulation to the conversation?

One major feature is to take this concept, back to the clubs environment. And in the case of Jacques Greene and Koreless on April 24th — back to the church. In this case St John’s Church.

We will push the envelope of discussion with talks at the Barbican on 25 & 26. April 25 pre-Bleep 10 gig talk will focus on the Photography of Music. On April 26, daytime talks will focus on new technologies for composition and producing sound featuring sound artist, Leafcutter John and Di Mainstone who has converted suspension bridges into massive musical instruments. And we’ve got other talks hosted by partners and allies Mixcloud and onedotzero.

Some might say the Ether festival’s greatest moment was with its exploration of the connections between Warp’s stable of artist composers (Squarepusher, Aphex Twin, Boards of Canada) and 20th Century giants Ligetti, Stockhausen and Cage in a programme called ‘’Warpworks’’.

Classical music audiences had been in annual steady decline since 1970, so when the classical cadre at the Southbank saw the 2200 kids raving to Ligettisomething changed. Furthermore, from this point forward they this embraced this approach of allowing events to spill-out from auditorium concert into the foyer and beyond. Pre-gig talks and post gig DJ-sets would soon be the norm. And finally electronic artists would be welcomed into the Southbank and their audiences accommodated.

Of course “convergence” the word has multiple meanings but I like the idea that many disparate artists, musicians, talkers and raves are united through it. And despite it being a multi-venue, multi-valent, multi-coloured series Convergence is where we come together. In the middle of Andre’s triangle is also our convergence point. And that’s the point of Convergence.

Get your tickets from convergence-london.com

In Photos: Joan As Policewoman @ Vill...