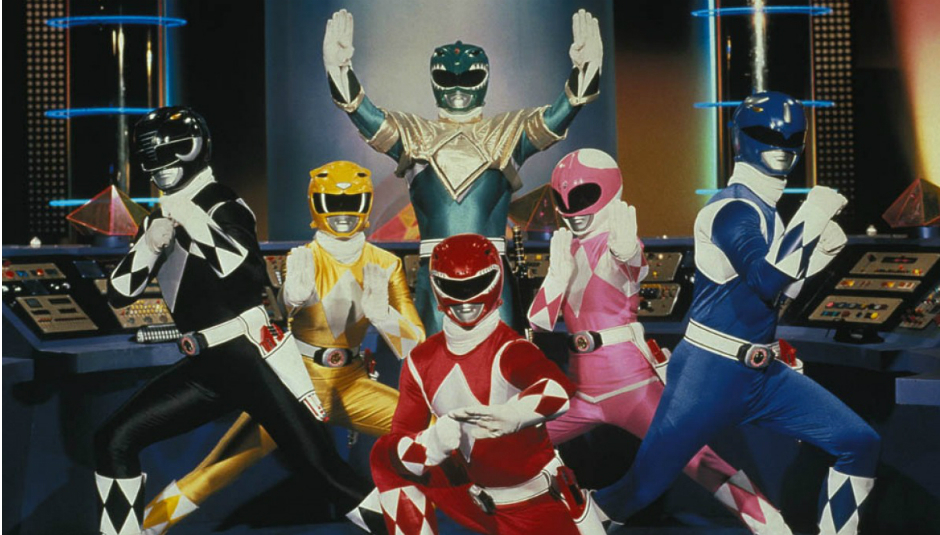 What was your first vinyl? That was the question we asked Drowned In Sound's multitude of music lovers in order to celebrate Record Store Day 2014.

We'd hoped for a few childhood tales of parental bonding and perusing through the Top 40 in Woolworths. What didn't expect was a slew of heartfelt anecdotes about the Power Rangers, picking A-level English over a Reuben instore gig and Lou Reed being near-on unlistenable... again.

Okay, it’s an obvious one but ever so true. Having seen no need for vinyl (child of the CD age an’ all that) I ignored the medium until the day I saw THAT SLEEVE - jet-black with a shock of chaotic white beauty - staring out at me in Kingbee Records. I suddenly realised how much the artwork sucked you in with an LP, rather than being a downsized whimsy on CD. The minute I got it home and the bassline to ‘Disorder’ jumped out of the speakers with a muscular, threatening power – unlike anything I’d heard before on a record I thought I knew intimately – I fell madly in love. And seven years, 850 records and a significant bank-balance deficit later, I don’t regret it for one second. David Edwards

My Dad gave me the Bruce Springsteen & The E Street Band Live 1975-85 5LP boxset when I was about 16. Claiming that I would never get my paws on it until he was on his death bed, he had come to the conclusion that I had 'proved' myself as a Bruce fan, due to my impressive Boss knowledge and growing out of my pop-punk phase. He explained that he had saved up for months to buy it; arriving in Naples, Italy when he was stationed there with the American Navy, he purchased it from a local record store a few weeks before meeting my mum for the first time when she was working at a local bar - yes, it really was a meet-cute.

I still listen to it regularly and it will always remind me of that time we got so drunk at a Bruce gig together, we almost missed our train home due to important McDonald's purchases. It taught me that records are something to save up for and to cherish because they end up meaning a whole lot more than you might think. Okay - you can all go and throw up now. Sammy Maine

Keep It To Yourself (Xtra Mile)

When me and all my friends were 16, 17, our favourite band was Reuben. We were pretty excited when they announced an instore gig up the road in Newcastle to promote their second album, Very Fast Very Dangerous. Then I realised I couldn’t go.

See, I was starting sixth form that week, classes finished at five and the show started at half-past. There was no way I could get there in time and when you’re a studious teenage dork, skipping your first ever A-level English Language class doesn’t really cross your mind.

So I didn’t go see Reuben play at Steel Wheels and I didn’t get to hang out with my favourite band. I did get a signed copy of the ‘Keep It To Yourself’ seven-inch though, courtesy of a pal in the year above who picked up an extra disc to ease my disappointment. He even sellotaped over Jamie Lenman’s signature, which had been mistakenly written with a dry wipe marker and would have smudged off long ago if he hadn’t been so bloody thoughtful. Robert Cooke

Ziggy Stardust and the Spiders from Mars

Bar spinning my sister’s copies of Doolittle and The Queen Is Dead, growing up, my musical consumption was predominantly CD-based. I started collecting vinyl as a way of compensating for the free music I receive, but I’ve gone on to fall in love with the format. Ok – not technically a purchase – but I christened my fusty old Fidelity player with a hand-me-down copy of Ziggy Stardust, one of my all-time favourite albums. Should I be embarrassed that I cried when I first heard the majestic ‘Five Years’ in all its crackly glory? I’m not. I can’t remember the CD version ever eliciting such an emotional response. Gemma Samways

Proust might have had the smell of Madeleines, but my unique recherché du temp perdu is ignited by yellow mallow; the aroma of tiny synthetic bananas in Woolworth's pick 'n' mix inexorably linked to the excitement of browsing the week's top 40 singles. I'd love to say I brought ‘The Magic Number’ because I was at the bleeding edge of hip-hop culture, but in truth - at just 9 - I think my first reaction was just how cool the pink and yellow sleeve looked; a Saturday morning cartoon pressed to 7 inches. Looking back it informed my listening for the rest of the '90s, much of which was spent obsessing about hip-hop that imitated - but rarely lived up to - those initial three minutes and fifteen seconds; the samples, rhymes and beats still as crisp and magical as they sounded 25 years ago. Tom Fenwick

The first record I recall buying, at 14 or 15 years old, is ‘Kill All Hippies’ by Primal Scream on 12”. It was the final release by Creation Records and it was dedicated to Curtis Mayfield. I remember the hand-written sign that stated a handful of singles, only one left, had been found in a back room and that the B-side, ‘Revenge of the Hammond Connection’, was a must hear. I’m not normally precious over black plastic circles, but this is one I take care of. Why? Because I play it all the time and that flipside really is worth hearing. Mike McDonald

The Mighty Morphin' Power Rangers theme did just that. It transported my 4 year old self to a world of fluorescent suits and thrash metal guitars. A world where Godzilla is a reality and karate is a viable career choice. There's not much more you could ask for from a first record. Well, maybe less guitar solos, but you can't have it all. Jack Doherty

I feel like this first purchase has defined my relationship with vinyl ever since – unnecessary but nonetheless enjoyable. It all started because my flatmate at university bought a turntable but he didn't have any vinyl to play. So I went into a charity shop and found Lou Reed's Transformer for the bargain price of 3 quid. Little did I know, because I'm an idiot and didn't check, that it was in piss poor condition so it jumped all over the place and was generally unlistenable. In the end I got more joy using the sleeve on my bedroom wall for artwork. I still buy the odd vinyl. It's only the price of new vinyl, rather than any tortured memories of the scratched up Transformer, that stop me switching from CD completely. Woodrow Whyte

My first vinyl purchase took place around Christmas 1995, and was a one-sided seven-inch on which Scarfo covered Fun Boy Three’s ‘Tunnel Of Love’. I hadn’t heard the original at the time, but was alerted to this version by radio play courtesy of Steve Lamacq – who, let the records show, did not by this point have a financial stake in Deceptive, the label which released it. A limited edition in special festive packaging, chances are I bought it with its future collectability at least partly in mind. I mislaid or sold it years ago, but copies on Discogs currently start at £1.00, so there’s that. Noel Gardner

It was roughly 1994 and I was 13. I was massively into the Beatles – a teenager obsessed. Then the magic happened. My dad opened a cupboard I’d never looked in. It contained around 30 records. Typical dad type stuff – Clapton, Cream, Steely Dan, ELO, MJQ… and Focus.

Focus’ Moving Waves was one of the first I played and, being 13, I was hooked with the yodelling and mentalness of ‘Hocus Pocus’. It was the soundtrack to my GCSEs – the only instrumental music I owned. The album stays with me due to the amazing Hammond-flute combos, the awesome riffs and that drumming… just wow!

Roughly 15 years later I met the wonderfully eccentric Thjis Van Leer. My signed copy of this original vinyl is one of my prized possessions. Gemma Hampson

This got a good write-up in the Drowned In Sound singles column at the time. Plus, it came with a ballot to win exclusive band merchandise, and I'm a sucker for free stuff (in case you're wondering - I won some handmade artwork from the band, which is now living in a cupboard somewhere). Was it any good? As far as odd electronic singles about what was reported in a regional newspaper on a certain day goes, it's pretty okay. Christopher McBride

When The Sun Goes Down (Domino Records)

There was once a time in my life when it was essential for me to own everything Arctic Monkeys-related. Having only discovered The Libertines through a bargain bin copy of Up The Bracket, I needed to cherish every utterance from the next band that arrived with a poetic frontman and penchant for grotty indie-pop. This meant buying the Sheffield quartet’s B-sides in physical form instead of just nabbing them off Limewire like some sort of casual fan.

Anyway, you could only acquire ‘Settle For A Draw’ by buying the 7-inch version of ‘When The Sun Goes Down’ - so that’s what happened. Did I have a vinyl player at the time? Absolutely not. Would it take me another year to get one? Sure. But my teenage fandom did educate me early in the merits of spending too much money on easily-scratched bits of black plastic, and having no regrets about this whatsoever. Rob Leedham

Want to share the story of your first vinyl? Join our discussion on the DiS Music Board