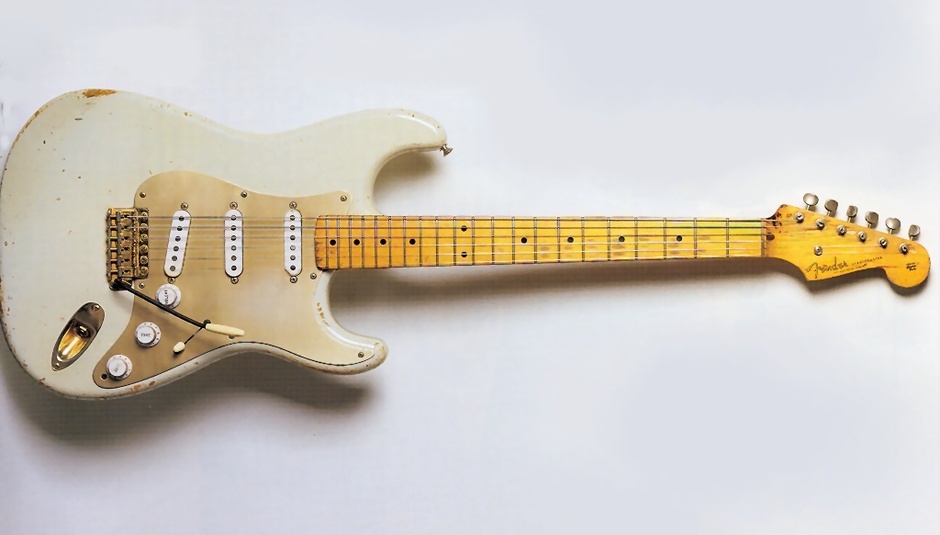 School of Language's Best of the Stratocaster Playlist

School of Language's Best of the Stratocaster Playlist

Dave Brewis described the new School of Language album Old Fears as "my most stratty album". He is, of course, referring to the Dad Axe of choice, the Fender Stratocaster. So, we asked David to compile a playlist with the best uses of this most marmite of instruments...

I used to hate Stratocasters. A meld of cock-rock posturing and brittle twanging, with occasional flashbacks to Eric Clapton's chart-bothering substance abuse years and to Hank Marvin reminding us why it was so great that the Beatles came along. Cool kids used Jaguars and Jazzmasters and Gibson semi-acoustics or, at a push, the no-frills telecaster. Recently however I've learned to love that twangy, brittle sound and its oversized 50s fins. Here are a few reasons why:

There's no better place to start. Nile Rodger's guitar playing is one of the most recognisable sounds in pop music and it is pure strat.

When Robert Fripp reconvened King Crimson in the early-80s he drafted in Adrian Belew as his stratty foil. Belew can make that guitar sound like almost anything. It's worth searching for the video where he explains his guitar effects set-up too. It's amazing.

Richard Thompson might have wrestled with a Les Paul on the early Fairport albums but his sound and his choice of notes and what he does to them is a perfect match for the Stratocaster.

A second appearance by Nile Rodgers. This time backing Bowie and backed up by another strat-wielder, Stevie Ray Vaughan. This gives you an idea of the variety you can get out of the instrument by flicking between those three pickups and, in Stevie Ray's case, by using massive, finger-shredding strings.

Stealing Sheep - Tangled Up In Stars

I'm not sure if this clip quite does Emily Lansley justice but go see the Sheepies live for proof that Emily's stratocasting is up there with the best.

Big Star - You Get What You Deserve

Shalamar - A Night To Remember

I have no idea whether this is actually a strat but if I was going to try and replicate this sound, you know which guitar I'd reach for.

Back to Adrian Belew, this time with Talking Heads, who were a very stratty band - wiry and brittle and funky. The recorded version is probably more stray-centric but this is definitely worth watching.

Old Fears is released this week on Memphis Industries.

School Of Language have the following shows booked: 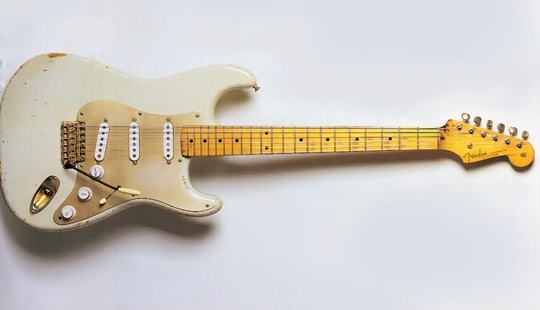 School of Language: A Year In Three P...