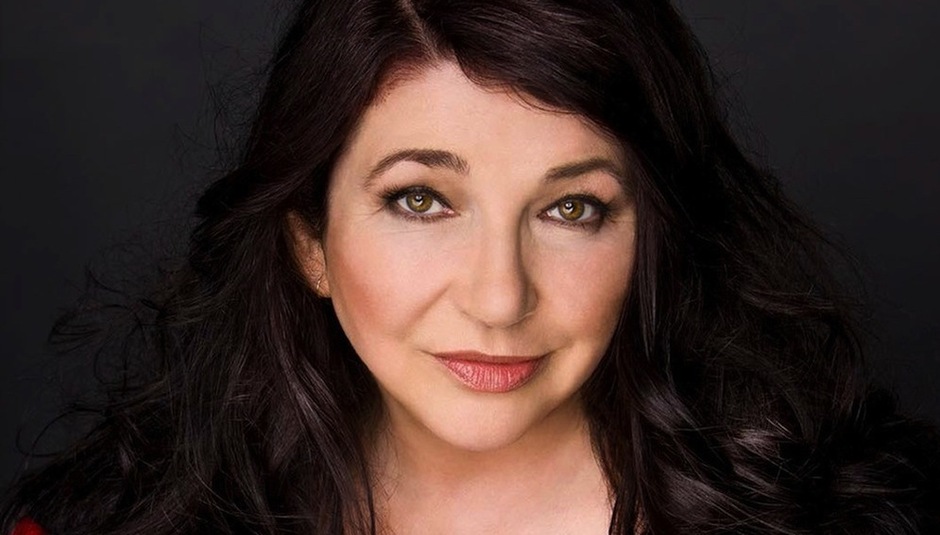 Being known in ‘circles’ as a Kate Bush fan, I spent a lot of Friday telling people that I wasn’t really surprised that she’d announced her second ever series of live concerts, after a 35 year absence.

And I kind of wasn’t – despite continued press efforts to portray KB as a sort of pot-addled lunatic self-hating recluse enigma, she’s seemed eminently reasonable and straightforward in every interview she’s given since ‘returning’ with 2005’s monumental Aerial, and has said in all of them that she hoped to play live again (in fact 1993’s The Red Shoes was specifically written to be played live, but got derailed by the clusterfuck of bereavements Bush suffered during its creation). At the same time I was, of course, shaken to my core by the whole thing. Partly because it was obviously a complete surprise, mostly because of the three or four artists I’ve ever really loved she’s the only one I’ve never seen live, a little bit – and I’m not proud of this - because of a dickheadish but absolutely heartfelt belief that of the gazillion people attempting to get into the gigs, I absolutely DESERVE to attend more than 90 per cent of them and it would be an unspeakable, extinction-level event if I were to not get in to at least one of the shows and they did.

What’s striking, though, and striking about my own sniffiness, is that the very concept of a Kate Bush show is such a blank canvas that nobody has the first clue what they’re booking for, and everybody seems to be blithely projecting their own hopes on things as if they’re absolutely likely. I am absolutely guilty of this, insofar as I can’t help but shake a sneaky fantasy that she’ll play the entire 42 minutes of Aerial’s ‘An Endless Sky of Honey’ , a move which I’m sure would alienate pretty much the entire audience (arseholes, etc.) while a couple of ‘dream setlists’ I’ve seen knocked up online appear to simply be a very slight, very lazy spin on the tracklisting of her 1986 best of The Whole Story (arseholes etc.). Even the most reverential broadsheet treatments of the news seem to only be dimly aware of the extraordinary music she’s put out in the last decade – but at the same time, given she’s played none of it live, I’m not sure there’s any particular reason why the three-year-old 50 Words for Snow would be significantly more likely to be played than the 34-year-old Never For Ever. Part of the reason for the frenzy around the gigs is their Schrödinger's Cat-like hypothetical nature: and to that end, here’s some rampant speculation on what may occur.

A lot of people seem to expecting something along these lines, and it’s fair enough: songs KB has never played live before include ‘Babooshka!’, ‘Sat In Your Lap’, ‘Hounds of Love’, ‘Cloudbusting’, ‘This Woman’s Work’, ‘Rubberband Girl’, ‘King of the Mountain’, ecetera etcetera. At the same time, will one of the most willful artists of the last 40 years simply look through her old singles and say ‘up, that’s the setlist’ – I doubt it.

Why are the shows happening now? Why do they have a collective name, Before the Dawn? Yes, it’s the sort of vaguely earth mothery thing KB would call a series of shows, but at the same time there’s surely not a totally remote chance that the shows could be promoting a yet to be announced album, perhaps itself called Before the Dawn.

Both in terms of scale and feasibility, Before the Dawn is a far cry from the sad hypothetical that was Michael Jackson’s doomed This Is It residency. At the same time, it’s likely to be an extremely technically and physically demanding series of shows that Kate and her band probably haven’t even started to rehearse for yet. It’s not unimaginable that the notorious perfectionist might pull the plug for some reason.

Somewhere inside that imaginary gig is YOUR favourite setlist. I mean, statistically it has to happen for somebody, right? I think mine would be the entirety of The Dreaming followed by ‘An Endless Sky of Honey’ followed by a three or four encores of whatever the hell Kate chooses (I am generous like that) and it could happen IT REALLY COULD.

Virtually every live appearance KB has put in since her 1979 tour has somehow involved David ‘Dave’ Gilmour - including the below, her last live performance to date of one of her own songs, ‘Running Up That Hill’ in 1987, check out Dave’s terrifying headless guitar. Will whatever band she assembles basically be a prog band? And would that be a bad thing?

The 1979 Tour of Live was a full on dance-based affair in which KB did the ‘Wuthering Heights’ dance while singing ‘Wuthering Heights’, not something Deafhaven are going to have an equivalent claim for. That such things are liable to beyond the 55-year-old Bush now goes without saying, but that’s not to say we couldn’t expect a ‘theatrical’ turn from her, augmented by dancers.

Bush’s videos have got more and more elaborate at she’s got more and more reclusive, and the dreamy landscapes of Aerial and 50 Words for Snow would tend to lend themselves to lush visual treatments – I wouldn’t be surprised if a post-dancing KB ducks the limelight in her own shows, turning in vocals and keys while some sort of unimaginably expensive audio-visual extravaganza rages around her.

Rolf Harris' trial should be wrapped up by then, we are just saying.

There is a pretty high chance of a monumental number of audience members chatting and tweeting through what they deem ‘the boring bits’… probably it’s advisable to just go in with a strategy to cope.

There is a pretty high chance of encountering prissy, know-it-all KB fans who’ll tut disapprovingly if you appear to be overly enjoying what is intended as a joyous communal event too much. And if I am that fan I apologise in advance.

IT WILL BE BRILLIANT

What’s the worst that’ll happen? She doesn’t play your favourite songs, fails to address the audience directly and performs everything an octave – it will still be fucking amazing, it’s Kate Bush for chrissakes, Kate bloody Bush. 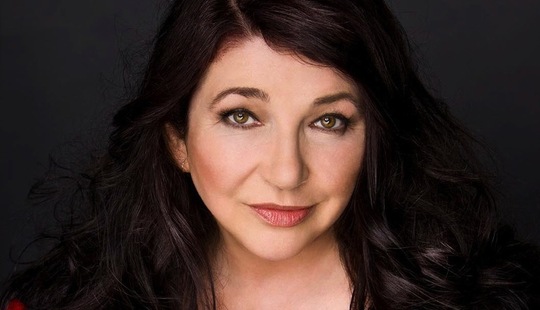