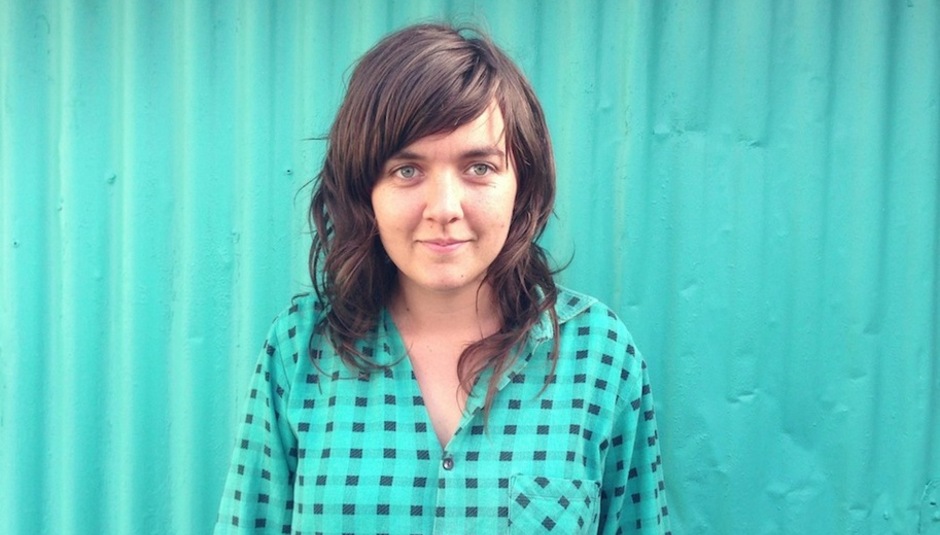 Courtney Barnett’s music might be a slacking swirl of shoegaze and riot grrl, but her distinctive vocal and lyricism feel like they owe a lot more to spoken word traditions. Just two EPs into her career, Courtney has already become an unmistakable storyteller, as zoned out as she is tuned in. Last year’s breakout songs ‘Avant Gardener’ and ‘History Eraser’ are brilliantly hyper-talky stream of consciousness mind dumps, and they’re inspired by the sort of artists you might expect.

“The music that I am influenced by is very casual and wordy”, she tells me. “Lou Reid, Jonathan Richmond, stuff like that – casual, throwaway, everyday stuff. Nothing too over the top, but interesting enough to keep you captive”

“I don’t flower up the stories in any way”, she continues, describing her own work. “It’s all pretty straightforward and mundane. I’m a very normal person, and I like writing about normal, boring things. In a roundabout way I try to make myself realise that those things aren’t actually that boring, and that boring things are interesting in their own way. People who think their lives are boring and uninteresting – I think that’s really sad. What I do is to try and address that in song writing”

Her direction is distinctive in today’s alternative pop scene. Plenty of artists shape narratives in their songs, of course, and some also try to find the majesty in the mundane. But few take such a purist stream-of-consciousness approach, letting the details flow in and-then-and-then-and-then real time. Yet she insists her style isn’t purposeful. “I couldn’t write melodies for them”, she admits openly. “I just didn’t finish them. So I spoke over them, and thought I’d fix them later, but I just didn’t”

One of the most surprising things to have learned about Courtney so far in her short career is that, despite her vocal style, she’s absolutely not influenced by hip hop. Instead, she explains the impact that automatic writing has on her song writing, accounting for their free flowing nature, and their spoken word quality.

“When I was at art school, we did a theory essay on surrealism and automatic writing”, she tells me. “I started doing it as an experiment in song writing. I normally do things as a bit of a test, to try and push myself to see if I can do things this way or that way, or just do something different”

“I find it really interesting. It kind of explores a bit of weird place in your brain; stuff comes out you don’t even understand. I used to just write a page full of lines of rhyme with each other, just to see if I can, and to see what happens. When you get to the point that you stop focusing on what you’re doing, that’s when something interesting comes out. A year later you read it and you’re like, ‘ah! I was going through some shit there!’ You don’t realise at the time, but you look back on it and see what you were thinking”

Just as Courtney tries not to be too mindful in her approach to lyricism, her approach to recording is similarly uncomplicated. The songs of her first EP sound like the bedroom compositions they are, closely hugging their chugging chord progressions in repetitive cycles. But the newer songs show development from the experience of playing as a band, creating textures based on carefree, wandering improvisations, underscoring the narratives beautifully. “I showed the band [‘History Eraser’] the day before we recorded it”, Courtney affirms. “We did it twice, and that was it”

“It might have been better if we’d spent some time on it”, she wonders, “but I like not doing that. I like just seeing what happens. Then it feels real, rather than over-rehearsing and getting it 100% perfect… I think there’s a real beauty in simplicity, and a beauty in imperfection… We only ever do a few takes, otherwise it gets forced and faked, and it just feels weird. I’m happy with the sacrifice of perfectionism”

She’s right to give perfectionism over to abandon, letting the music drift alongside the relaxed uncurling of her thoughts. And it’s great to learn that we’ll be hearing more from Barnett very soon. “We’re recording an album in April. I’ve been writing songs since the last EP… There’s a bit of everything. It’s very varied. There’s a few really talky songs, there’s this total Lemonheads pop-song, there’s some really heavy songs… It’s all over the place”

We can expect the music to keep evolving and testing new waters, but her lyrical approach will probably remain much the same – and we can be glad of that. “Whenever I sit down to write something, I always notice the same themes”, she tells me.

Courtney’s dedication to uncovering beauty in the mundane finds a rich outlet though an exploration of her own psyche in automatic writing. What she sees as limitations – finding it hard to craft melodies, or spending ages just talking and talking and talking over a chord progression until something sticks – actually opens up the space to more freeform creation. These snapshots of thoughts, days and dreams might not be loaded with hooks, but the worlds they paint absolutely stick in your head.

Courtney Barnett plays the following UK dates in May and June: 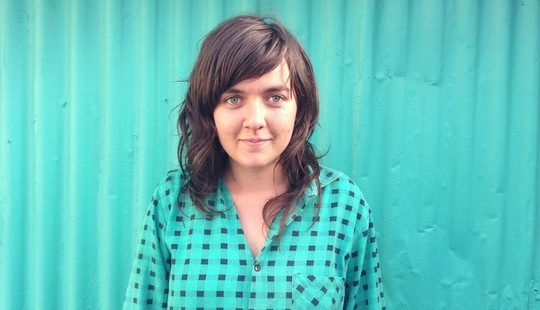