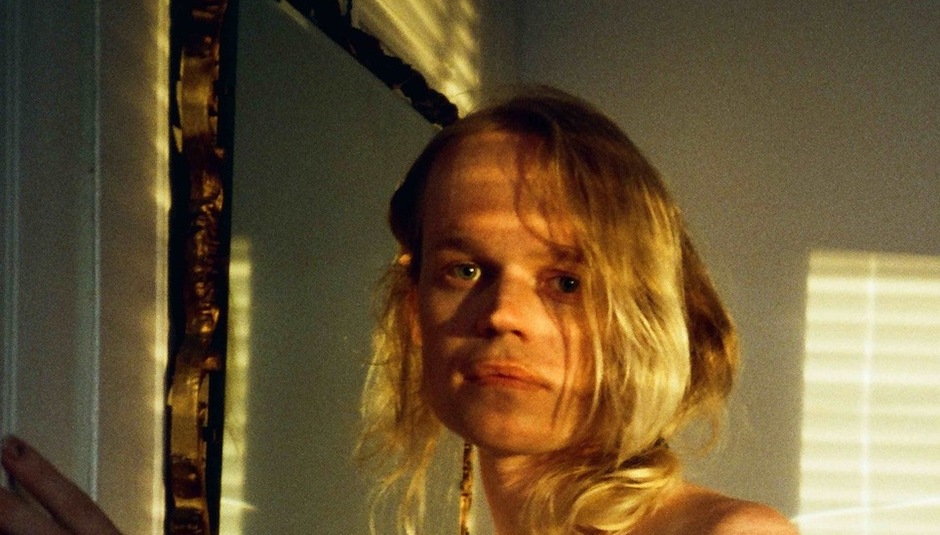 "My mum just said to me, ''that is awful'": DiS meets Connan Mockasin

"My mum just said to me, ''that is awful'": DiS meets Connan Mockasin

Connan Mockasin is the personification of mystery; an elusive artist that confuses many, and yet he creates music that causes an undeniably emotional response. Fusing psychedelic elements with deeper passionate undertones, his style is immersive and unfamiliar, a no doubt acquired taste adored by some and abhorred by others (I sit in the former camp). Building upon ground laid in his debut solo album Forever Dolphin Love, his latest offering, Caramel, is a suave, yet delicate release built around a trademark falsetto and a sense of nostalgia polarised by Mockasin’s unique brand of creativity, and an ability to either draw a listener in or distance them away somewhat effortlessly.

Whilst his music and visual output is no doubt a conversationalists dream, Mockasin himself is a quiet, reserved individual, perhaps blissfully unaware of his impact, as we sit in a cosy dressing room before a show in Brighton. Later on that evening he would manage to command the entire sold out audience of The Haunt into sitting on the floor and chanting his name, for now though he is in a particularly relaxed, reflective mindset, in the midst of a short run of UK dates.

Caramel comes across like it would have been an emotionally demanding album to make. Was that the case?

It was actually pretty easy really. I just felt like making a record, and felt it should be called 'Caramel', but not because i wanted it to sound like actual caramel, but more like how an album called 'Caramel' should sound, if that makes sense...

I think you definitely achieved that, as it's a smooth record, almost of a different era, yet still quintessentially 'you' and not overly sweet as it were...

Thank you, I wasn't pushed into making an album or anything either, I just wanted to make an album, so I did.

Did a lack of pressure give you more freedom to work then?

It was about the same, maybe just a little bit less. When I made my last album Forever Dolphin Love I didn't think it was actually going to be released, so I had 100% freedom, whereas with this one I knew it was going to come out, and I would have to tour it if it went well. That's the pressure for me, because now I’ve got a band that I’m happy with I want them to enjoy playing shows, but if an album falls flat something like that isn't going to be enjoyable.

I heard you locked yourself away for a month in Tokyo to make this record. Did you feel this environment affected how the album sounded?

To be honest it's just because it's cool, and there were some bars I like there. I really like hotels as well, they're boring but they're nice, and it's the only time I’m on my own. Both of my albums have been self-recorded, and a hotel made sense because I just find there's too many options in a studio.

Is there not a part of you that worries about over thinking an album if you haven't got a producer or other people to bounce ideas off?

In a way, but I’ve got friends and people I trust who can give an honest opinion if I show them something. My Mum, for example, with really good with that, like I showed her something from the last record and she just said to me "that is awful", so it's good to have people that wont just say "oh that's amazing" all the time.

The reception to Caramel has been really interesting so far, especially in the way it's confused people (in a good way) and ultimately thrown them out of their comfort zone. Is that something you aimed to achieve?

Not really I just like putting down on record what I hear in my head, it's nothing deeper than that really. I always find it surprising when people like it, and I feel really lucky for that.

Do you pay attention to the reviews, or do you feel that may influence your creative process too much?

I did in the beginning, but I don't anymore. I stopped because I figured you cant please everyone, the same goes for live reviews.

How was the process of translating the album to a live show? Considering it's meticulous nature I can't imagine it was very easy?

When I first started I wanted to record the album with the band, but apart from Matthew our drummer no one else was available. When I was writing it I did have it in mind that we were going to play it live, which I guess had an influence, but it was still really tricky to transfer it all and get it right. We're getting there, but it's not as easy as I anticipated.

In a way this struggle can be a good thing though, as it forces you to make your live show a significantly different experience to the record...

Yeah, definitely. The first record was really hard as well, and we're never gonna get that completely right to be honest, but we got to a point where we had found a way of doing it live that worked, and I think that has translated.

The long gap between your two records would indicate that you had to spend time thinking about what to do after Forever Dolphin Love, do you know what's next for you after the Caramel tour ends?

I do know one thing. My friend Sam (from Late of the Pier) and I made a record which we finished a while ago, but have been tinkering with it for a long time, and we're finally gonna release it this year on Domino Records, which is pretty exciting.

It must be refreshing to step away from the solo work for a bit and turn your attention to a collaborative project?

Do you tend to feel nerves about public reaction before an album comes out?

Of course it’s nice if people like something you do, but I’m not overly fussed about that. I just aim to make material that I’m going to be proud of years later, rather than knowing I’ll regret a record 30 years later (if I’m still alive).

Is that why there was a noticeable amount of time between both records? A process of taking your time to get it completely right so you wouldn’t regret it later? Caramel definitely feels like an album that has been meticulously cared after in that respect…

I love records and soundtracks, and they usually make better full records, because albums nowadays seem to be based around singles or for iTunes, so I wanted to get that across and have that feel to it throughout the record.

Talking of soundtracks and the immersive nature of the record, I read a review where the writer said they listened to the album on a busy train journey with headphones and completely didn’t get it, but when they got home and they listened again on a stereo system it all made perfect sense. Where would you say is the perfect environment to experience this record?

It’s completely up to the individual; I didn’t make this record envisioning where someone would listen to it. I do like vinyl though, and I would say it’s a record designed to be played in that way, the second half in particular has a different mood to it, which I guess plays into that.

So what does the rest of the year hold for you now other than the ‘Soft Hair’ record?

We’ve got a lot of festival dates coming up all over, and some more live shows in America again. I enjoy touring so it should be good, I don’t like that awkward bit before heading out when you’ve got used to not going outside for ages, but we’ve been on the road for a while now so we’re in the swing of it now and pretty prepared for the summer ahead.

Caramel is out now on Phantasy Records. 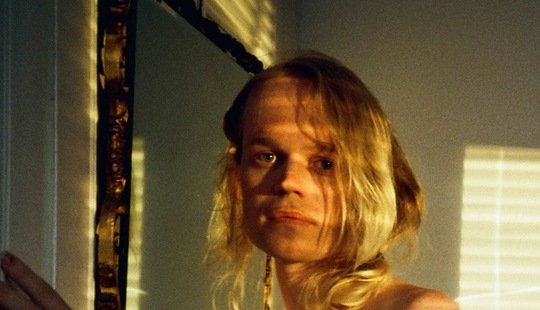 In Photos: Warpaint @ The Dome, Brighton