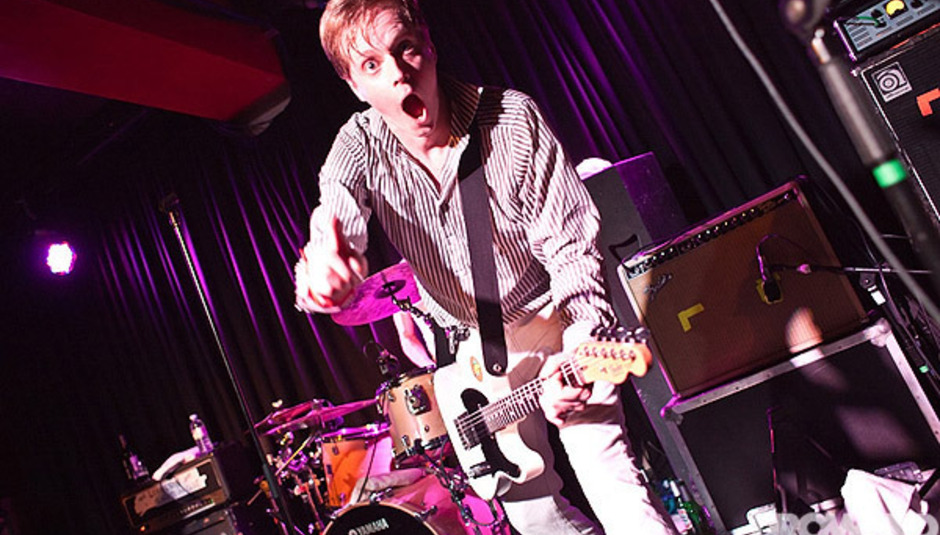 Born on the 4th of July

Leaving a professional touring band is a peculiar feeling. Like being pushed from a moving car. Or waking up on a lawn. Squinting on your back in the afternoon twilight as your terrified neighbour cuts the zip ties around your bleeding ankles. He's not seen your six year old daughter’s webbed fingers and her grimly familiar face but you're pretty sure he's put two and two together after opening that cellar door. Alright, maybe not quite like that. However, it is a peculiar feeling nonetheless.

Telling people you were in a band is like, I would imagine, telling people you were ‘in the shit’. I’m becoming that old ex-army bore who insists on crow-barring some forces story into every dinner party tete a tete. People are politely impressed the first few times but then you see the pupils glaze and the uncomfortable shifting in the seat begins. They seem to listen out of some kind of expected reverence. For some inexplicable reason, if someone embarks on a tour story you are obliged to listen, in the same way you’re obliged to listen to someone who unfurls a yarn about being trapped in a fox hole covered in another man's blood for fourteen straight hours. These people played shows so you don’t have to, after all... The window into the unknown for all the 9-5 drones who like to rock out with their Strats out at the weekend.

Being in a band is the new going to war. Musicians are just like soldiers. I reckon. Maybe. You might have to bear with me on this one.

For the eight year old boy in Victorian Britain, being a soldier was the epitome of cool. If your Dad was a cavalry officer, you were baddest motherfucker at Evensong. The glory, the cheering crowds, the fancy clothes, getting to carry around a massive gun. It was a career open to every man and, according to story books and longstanding tradition, each could prove themselves equally upon the field of battle, regardless of social standing. With a good foundation of blinkered nationalism, all were welcome to showers of respect, glory and, later on, probably some vagina. That is what every right thinking mother would want for their son and what every son would want for his life, aside from maybe gentleman explorer[1]. However, after the post war baby boomers changed the cultural landscape in the 50s and 60s, being in the army didn’t seem quite as attractive. A mass media brought the reality of war well and truly, and literally, home. Suddenly the nation's schoolyard realised that being a soldier was quite likely to lead to an unpopular, inconvenient and rather pointless death. Children suddenly needed a new god like superhuman class of cool adults to aspire to that preferably didn’t end in horrific psychological scarring and loss of one to several limbs. I’m sure Western governments at this stage would have quite enthusiastically suggested doctors, policemen and nuclear physicists as contenders to fill the soldier shaped vacuum. However, those careers seemed to involve quite a lot of hard work and lacked a great deal of playground visible glory pay off. What was needed was an easy job that required little to no academic training, involved excellent clothes, girls, something that looked a bit like a gun and a guaranteed exit from whatever rural shit hole you found yourself growing up in. This was rather conveniently provided by the onset of the pop musician. So, as of the mid to late 60s, children started growing up with a brand new bad ass rock n role model.

Other than the rather crucial difference of one being a weaponised tool of the establishment polemic and the other being a cultural weapon used by the anti-establishment against the ..err establishment, the traditional ideals of the soldier and rock musician have a lot in common at first glance for the burgeoning mind. Both have a basic uniform that is updated every few years (I’m not sure Mersey Beat can be quite compared to the Crimean War but you get the idea...), if you’re successful on the front line you instantly become pretty popular with the ladies, you often get to carry some kind of penis shaped mechanism on your back, you get to travel to weird and exciting places... a lot, you live in close proximity to sweaty men for long periods at a time, you have comradeship with other dudes who you probably knew from childhood and are now all super awesome like you, you do not need to pay attention at school to be any good at it, you instantly gain the respect and envy of your peers, plus you might die... in a cool way! No wonder both became a right of passage for differing generations. One to instil rules and regimentation the other to (hopefully, fingers crossed) smash it.

However, like the army, not all aspiring musicians enlist for the same reasons. Some are lifers, career musos who usually have genuine talent. They can’t (and won’t) ever see themselves doing anything else; born to be in bands. They will stick with it after the initial conflict, doing tour after tour with different outfits, playing into old age and eventually retiring or getting a cushy office job in either logistics or management. This is full commitment, none of this vanity enlisting. However, there are the others. The ones who joined up for all the penis reasons. In it for the glory; the youthful punks who enjoy the showing off and dancing about on stage but can’t hack the life of starving artistry and possible financial ruin. The idea of doing one thing for your entire life is a petrifying thing, especially if it’s not the all burning passion that consumes your very soul. Like soldiering, the exuberance, excitement and brinkmanship that comes with being in a band can often wear thin as you slide your way towards 30. This is obviously more true the lower down the zeitgeist's fickle popularity scale you are, however, I defy any show off ‘musician’, regardless of success to look me in the eye and claim that the thought of 50 years of this shit doesn’t fill them with a certain Adam Ant tainted dread. After all, Colonel Kurtz and Peter Gabriel are basically the same person, both in looks and HR policy. Unless you’re a genuine conduit for melodic genius, a force so all consuming that your brain, like a creative sore, will become dangerously gangrenous unless you drain it of its funk juice at regular intervals, you need to get out before it’s too late. Just like ‘Nam.

So that brings us to my current weird predicament in the real world. I decided to get out. With zero transferable skills. Like a really shitty sniper. I am a fucking world master at drunkenly negotiating airport terminals, locating venue dressing rooms, eating ham and cheese and meeting in hotel lobbies. Sadly though, I am very far from HTML literate or having any SEO experience (that’s a thing now, right?).

Maybe it’s because I lacked the courage. I would argue that I lacked the talent, the hunger for the career. I just couldn’t fully commit my whole life to something I had no innate ability for, like writing music. I didn’t feel the need to write. I don’t even have a guitar in the house. No matter how many star jumps, power windmills, speaker stack leaps and ironic Tae Kwon Do outfits you squeeze out of yourself, it’s never really a substitute for opening a musical window into your soul (I’m told that’s also thing...). I’m pretty sure I sold my soul for a half a gram of baking powder and a plastic medal in 2006 anyway. Not to worry. At least I got a medal.