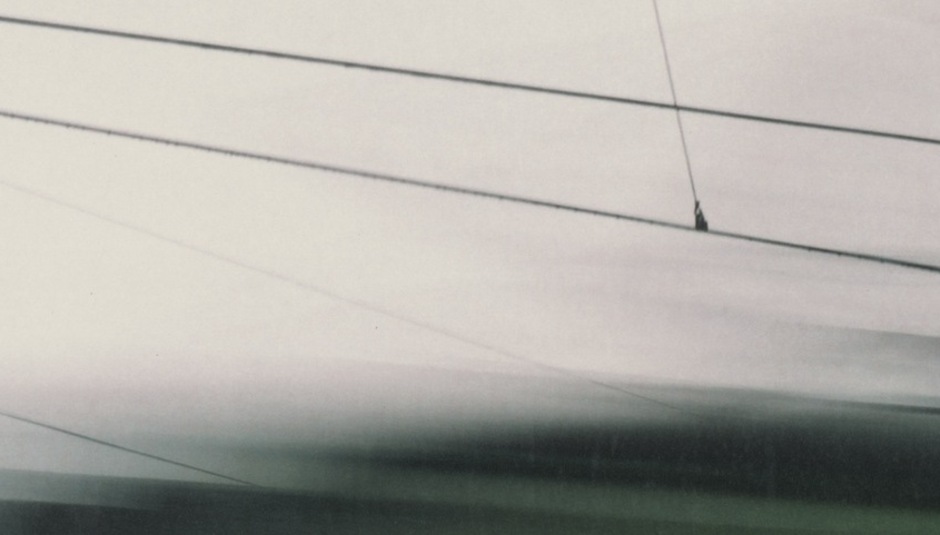 You may have heard music fans whisper about memoryhouse in a hushed state of awe. Since its release back in 2002, the album's intricate and epic arrangements have opened the doors to music's candy-store for Max Richter. With the album picking up plaudits, it reached far beyond the wise ol' Philip Glass lovers and tracks found their way into the ears of young Sigur Ros fans. You could say that this was the first record - that wasn't a soundtrack or by an established ambient/post-rock artist - that truly welcomed a whole generation beneath the stringed wings of modern classical music. And if this wasn't the one that changed it all for you, it probably didn't take long until a friend or an algorithm pointed you from Eno or Muhly or Pallett or Vespertine or the soundtrack to The Road or even Max's Waltz with Bashir OST, in memoryhouse's direction.

If you've never had the pleasure, listen for yourself...

...you'll soon understand why calling it a 'masterpiece' feels trite, especially as it is too small a word to encapsulate the gasp-inducing thrill of attempting to take it all in. It's a record that could buckle the strongest of hearts - a glorious, soaring, sweeping, marvel that somehow manages to uplift whilst washing you in sadness. It's an album that makes you sound like a right tit talking about it, which is why it's best to whisper when trying to spread the word.

Ahead of the record's deluxe vinyl re-issue and a special show at the Barbican in London this Friday, DiS' Jon Falcone caught up with Mr Richter over email to find out more about the experience of originally writing and recording it, as well as how it feels to revisit the record. - Sean Adams

DiS: What was the original writing and recording process like for Memoryhouse? Could you tell me a little on how the album came to be and what it was like recording with the BBC symphonic orchestra in 2002?

Max Richter: I had been carrying the ideas and themes for memoryhouse around with me for some years, reflecting my interest in histories, biographies, narratives, and had been looking for a way to incorporate these things into my own music. I realised that nobody was ever going to fund a project like this, so I just wrote the work for my own peace of mind - to just get it out of my system. I was very surprised when I eventually got the opportunity to record the music for Late Junction - it seemed like a crazy thing to happen...

We recorded with the BBC in Manchester and did the smaller things in London - this was my first time recording my "real" music with an orchestra. It was a total thrill.

Why did you decide to choose Memoryhouse to revisit. Could you tell me a little as to what triggered this re-engagement?

I was looking at the scores the other day, and they have dates on them mostly from 1999 to 2001 - I suppose I just wanted to try to bring this music alive. At the time of it's release the chances of a live performance were zero - its a really complex and expensive thing to stage, and I was content for the time being with the miracle of somebody bothering to record it at all - but music has to live doesn't it ? So, over the years I've often wanted to play it live - this is the first time the stars have aligned for it though!

Memoryhouse has been fondly referred to by some as a travelogue of sorts, or more specifically that it flows and flits in a way comparable to a travelogue or stream of consciousness. What are your feelings on the nature of the album, when applying your thoughts on notions such as thematic continuity and variance to the album?

Well I suppose the through-line in all of the music is me. Every artist is really a passenger on their biography and influences - we write the music that someone with our biography would write - so the music is a map of my interests and obsessions.

The live performance will be a slightly different trip through this landscape - there are things in it that I wasn't bale to include on the record, and things that have been revisited - plus, of course with live music you always get new things you were not expecting - so I'm excited to see how it all comes together...

For me, Infra and the Vivaldi albums were incredibly hypnotic and powerful, I feel very fortunate to have seen you perform Infra in London with the Julian Opie visuals. I couldn't really move for complete, immovable, engagement with the event. I've also read that your approach to writing starts with sentiments, as you want to tell a story. What role do you grant 'power', when writing?

I just follow the material. The things that engage me are stories and feelings - so that is what I end up wanting to talk about musically.

Having studied in Italy and as a resident of Germany you've experience with two of the historical homes of classical music. Do you think Italian, or German (or neither) classical composers influence you more? Why?

I think music is a sort of country of its own. I don't feel particularly German, having lived almost my whole life in the UK and had a UK musical training - though I'm living in Berlin now... I think you just connect with other music for emotional reasons, for me it is Purcell, Bach, The Elizabethans, the American Minimalists, Mahler, Schubert...The Kinks.

I admire the most those people who have really invented something - I'd count John Cage, Xenakis and Philip Glass among those, but also Kraftwerk & The Velvet Underground, the first generation of Punk bands....

As far as my own place is concerned - I'm probably the person least able to answer that question & I'd say that is for other people to judge. I don't think about peoples perceptions but just follow the material, and I'm very grateful for that. If I thought about how I fit I'd probably stop writing that day.

Classical music and popular music can be very close and tasteful bedfellows, and with your electronic work and elements you'll undoubtedly have an appreciation of the electronic sounds that dominate populist music today. Can I ask you to reflect, or express an opinion on your experiences with the contemporary music you hear?

I love electronic music - for me it is a wonderful extension and complement to what we can do with acoustic instruments and it allows us to think in sounds, pure and simple, which is really liberating. Some artists I've followed over the years include Kraftwerk, but also more recent folks like Autuchre, the mighty Boards of Canada, and also more out-there things like ELEH... too many to mention really

Vinyl is making a comeback and this album is receiving a tasteful double vinyl release. It feels as though vinyl is striking a sentimental chord with various demographics at this point in time. Is this release and event for you, sentimental? What role do you think sentiment has in your music?

Life is completely about sentiment isn't it? Vinyl is for me the basic and fundamental medium for hearing recorded music. It is what I first loved and it is ultimately the medium I imagine when I'm working on something. My music is recorded on analogue tape, and it is mixed analogue and mastered analogue. CDs were always horrible and I don't mourn their disppearance one bit, inspite of their convenience, while stuff like mp3 and streaming audio is just really degrading, literally and emotionally. I don't see how a 320K file can be described, in all seriousness as "high resolution" when it is throwing away 3/4 of the data - you know, I put that data in there for a reason...

Can I ask what you're next project is/may be, would you be able to offer a little insight at all?

I'm workng on a new evening length Ballet for the Royal Ballet and Wayne Mcgregor (we made INFRA together a few years ago), also I'm gearing up for a big scoring assignment The Leftovers, which is an amazing new TV series from Damon Lindelof, the guy who wrote Lost, plus there is a new album in the works for early 2015....

Max Richter performs memoryhouse at the Barbican on Friday (it sold out months ago, but if you're quick TimeOut have a few extra tickets) and it is re-released as a deluxe vinyl edition on 27th January 2014. Order your copy from the FatCat store.