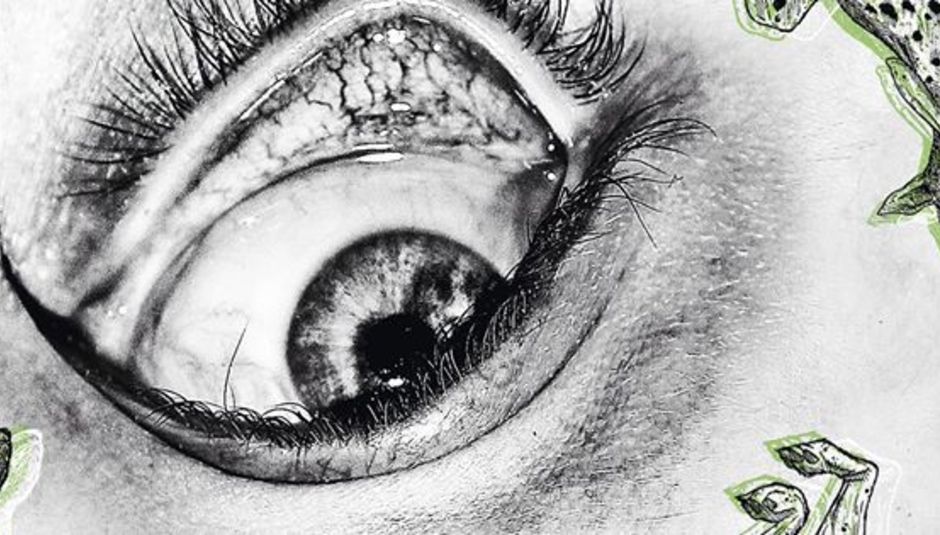 New Year's Eve in Bristol could be argued as one of the best in the entire country. There was Howling Owl's takeover at Start the Bus; Kandi Klub at the Louisiana featuring the likes of Scarlet Rascal and The Trainwreck and These Colours and Colston Hall's iconic NYE bash with a special performance from Bellowhead. So, whilst we were all wallowing in our hungover pits of doom and struggling to adjust to real life again, the musicians of Bristol once again proved that they don't ever stop for a breath. There's new bands forming, new signings and even a couple of new labels to look foward to.

Of course the Howling Owl chaps couldn't sit still for a second and instead, have started up sister label Bulb. "It was a home to house other ‘creative’ endeavors that did not fit on Howling Owl…or anywhere really for that matter," they explain. "We are hoping that Bulb will allow us to venture further into the left field whilst still keeping the DIY spirit, aesthetic and enthusiasm of Howling Owl." The first release comes from Silver Waves - the project of 17-year-old Dylan Mallet. Completely self recorded and produced, 'I' is a track that perfectly slots into the DIY aesthetic of Howling Owl. It will be released on 20th January as the first in a three cassette series. Seriously, I think this a collective that are set for world domination.

I'm sure if you've read my stuff before, you'll be well-aware that Trust Fund - a.k.a. Ellis Jones - produced one of my favourite EPs of 2013. This month he decided to start up his own label 'Time of Asking', with the first release coming from The Jelas. "I started the label because I knew that The Jelas had this thing they'd recorded, and they are my favourite band in the world, and i thought that i wouldn't mind spending a bit of time trying to force strangers to listen to them," Ellis explains.

"Then I thought that a lot of the music I like the most is made by my friends, and that doing a 'label' would be a good excuse to talk about that music, and bask in that reflected glory. It is non-profit, and there are some other stupid 'ethics' which will hopefully inform what I do. I think DIY maybe should be more encouraging other people to create and share what they make, rather than putting yourself on a pedestal."

'Beetroot Yourself' will be released on February 17th.

If you need something sweet and simple to ease your back-to-work blues, then Little Dusty will be just the ticket. This female fronted, acoustic folk-pop group are still very much in the early stages but if you're into the kind of tunes that will transport you to an altogether sunnier place, they'll be your new favourites. They've yet to play many shows but if you're intrigued, you'll be able to catch them at Mr Wolf's on January 21st.

Canola Tenderfoot aren't exactly new - their debut album Winning is for the Losers was released back in 2007 on Malicious Damage records but it's this latest output that has really caught the attention of my ears. Made up of husband and wife Owen and Vik Shirley, they make immersive soundscapes that will make you want to put your hood up and ignore the rest of the world. The breathy vocals of Vik are a perfect touch, with 'Hy-Brasil' concoting the brilliant influence of a post-Portishead scene.

Invada kicked off the new year with a new signee CUTS. Keeping their cards firmly to their chest, we're yet to find out too much about these guys but from what I've heard, I'm already hooked. A project combining both music and film, the mysterious CUTS01 is an industrial, disgustingly raw and creepy look into what's to come. It might freak you out a bit but I guarantee that you won't be able to look away.

Giant Swan are by no means 'new' but it's only in the past few months that I've discovered and fallen in love with them. Comprised of Robin Stewart and Harry Wright of The Naturals, Giant Swan has been described as the 'imaginary friend, the errant sibling or deranged alter-ego of The Naturals' and that's a pretty perfect summary. Distorted noisescapes and gorgeous, anamorphic visuals mean that no two shows are ever the same. They recently played alongside analogue master Ekoplekz and look set to play a whole host of shows in the coming months. Be sure to check them out if you can - you won't be the same after.

Spectres - 'The Sky of All Places / Sooky Eyeball'

This latest single from the four-piece is just a taster of what's to come on the band's highly anticipated first full length album. Full of their usual disgusting, distorted catastrophes, 'The Sky of All Places / Sooky Eyeball' is enough to get just about anyone excited. The artwork itself is probably one of the best I've seen - complete with the ever-brilliant illustration work of band-member and Howling Owl co-founder Adrian Dutt, the lime green vinyl mimicks the in-your-face aspect of the songs. It's on sale now via Howling Owl Records.

This isn't techincally a release but it's the first we've heard from Lurka in a long time. 2013 was a quiet year for the producer but the hint of new tunes was confirmed after he posted this up on Soundcloud. Channeling his usual flair for creating early dubstep induced beats, 'Mist' is just the beginning of what I think will be a brilliant year for him. One thing's for sure, this sounds like some of his best material and his followers and pleased as punch to have him back in their ears.

Happy Skull is a label set up by The Kelly Twins during the summer of 2013. Previous releases have included Hyetal and Kowton's side project 'Systems of Desire' as well as Adjowa. They kick off 2014 with a release from Rhythmic Theory, who has previously been put out by fellow labels Idle Hands and Brstl. Released in February, it looks as though Happy Skull have no plans to slow down.

PULL THE STRINGS (long-time promoters in Bristol) have put together this brilliant all-dayer at the Southbank centre to raise funds for LinkAge Bristol. The likes of Trust Fund, Two White Cranes, Mat Riviere, Jelas and EXPENSIVE themselves will be taking to the stage, with family workshops also planned for earlier in the day. Taking place on Saturday 1st February, advance tickets are only £8 or £10 on the door. What's more - if you're under 5 or over 55, you get to sample the delights of some of Bristol's best bands for free. This is a perfect opportunity to get a feel for one of Bristol's most thriving scenes and also, a chance to witness Denton's delectable dancing skills during the EXPENSIVE set. I'll be there with bells on.

Taking place across venues such as The Thekla, O2 Academy, The Fleece and The Exchange, Hit the Deck festival is returning to Bristol on Saturday 19th April. With a plethora of smaller festivals closing and struggling to keep going, it's great to see this offering entering its fourth year in 2014. Just before Christmas, they announced that the almighty Brand New will be headlining. As a huge fan of the New York quartet, I can't wait to see them in my home city (and I get to see them twice in one week thanks to the London date!). Tickets are currently on sale at a bargain of around £30.