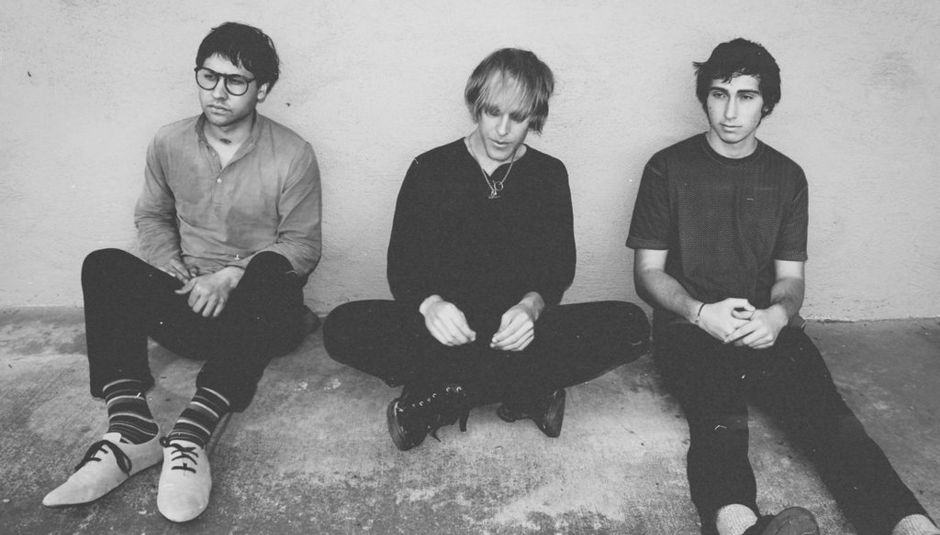 It’s quite surprising to learn that Ruban Neilson – driving force of Unknown Mortal Orchestra – only recently played acoustic guitar for the first time. “My mental image of myself was never of someone who played the acoustic guitar”, he tells me. “I started in punk. I never really started as a songwriter, I just started playing in punk bands and that’s how I learned to play guitar, playing house parties and stuff. There wasn’t a phase where I messed around on acoustic and then graduated to electric”

Many years and two psychedelic LPs later, the re-release of their brilliant second album II includes a clutch of solo-acoustic tracks, putting a new perspective on familiar material. But even when performing acoustically, Neilson’s distinctive recording techniques still leave their fingerprints on the recordings – with scratchy, cassette-chewed overdubs, and alternative vocal takes hovering in the ether, leaking into the mix. Whatever he’s recording, Neilson is ultimately just as much of a producer as he is a musician.

Could he ever just record a song which is literally just guitar and voice, or where the band just plugs in and plays? “I think it would be lacking that one extra step”, he says, shaking his head. “It puts a lot of extra context in it. Rather than showing someone the song, and having to explain my relationship to it, it’s nicer to just make the record so that you can detect those things. It’s a way of explaining my relationship to that music”

Unknown Mortal Orchestra model their sound on old psych-rock albums, but it would feel reductive to call them a throwback or a period-band. Neilson’s approach to recording is a singular blend of sixties recordings, and an embrace of modern techniques. Though they channel the records they admire, they aren’t analogue purists, and they allow themselves to enjoy the liberation of pro-tools – crafting wildly different guitar tones and drum sounds from track to track, and even manipulating and reconfiguring textures as a song unfolds.

“I had this vague idea that in the past, people used tapes”, Neilson says, explaining how he creates his unique sound. “I had all these old tape recorders, and so I decided to record to cassette. To me it sounded right, it sounded like psychedelic music, or like an Arabian or Indian psychedelic compilation – so I used cassettes to start out with”

“Then I started collecting tape recorders, and going through this process of recording to tape recorder and putting it back into the computer and doing something else to it, then putting it back onto another tape recorder… It kind of feels like I’m marinating the sound until I feel like it’s gone far enough and I think ‘that’s it!’ – and it sounds like the sounds that I like”

Neilson’s detailed considerations of how his songs sound and feel is an approach which now colours the creation of entire records. With their self-titled debut, the nine songs veered from style to style at a whim, individually excellent, but without feeling like a holistically considered album. It didn’t lose much if you accidentally heard it on shuffle. “On the first record, I didn’t really think of the songs as being an album”, he admits. “I was just making music, and trying things out”

“It wasn’t until people were interested in it that I thought ‘oh, well I could take these songs, and I guess that’s an album’. On the second album, I had to face the fact that I was making an album, and I felt like it should go through different stages, and have a bit of an arc”

With II, Neilson has achieved exactly that: crafting a more unified piece than his debut, even as it takes more gambles with extended ambient passages and loose musicianship; moving into sections of improvisation which risk alienating the listener, but actually strengthen its sense of identity. “I felt the first record’s ideas were on the surface, and all the songs just came in, did their thing, and faded out. But I wanted you to feel a little bit lost listening to the second one. I wanted there to be sections which didn’t quite feel right… I wanted to push my luck a bit”

The improvised streak of Unknown Mortal Orchestra has often brought itself to the fore in concert, but II allows it to find an outlet in recorded form, and it’s a mode in which the band find themselves very comfortable. “Improvisation is good in a lot of different ways”, Neilson asserts. “I think people really enjoy watching it, but I think it’s also really good for a band in terms of the way their morale is, and it’s good for a musician to be able to feel that something new could happen”

“If you’re a musician and your grandmother dies or something, you’re expected to go up onstage and play through some automated set. It doesn’t really make any sense because the whole point of music is to express something. Improvisation means that if you feel angry, you can play something angry. I think it’s really healthy, and is good for us, and keeps us friendly with each other, and keeps everybody happy”

I ask if he thinks that one of the reasons he’s never been that attracted to the acoustic guitar is because it’s an instrument often played alone, and doesn’t lend itself as easily to improvising with other musicians. “Maybe”, he says half-dismissively. But Neilson’s more eager to focus on the widened perspective playing acoustic guitar has opened up on his own music; how it’s forced him to consider dynamics in his music a lot more, and how it’s contributed to that more holistic approach to pacing across an entire LP which he’s begun to explore with II.

In concert tonight, this huge range of influences – from present day trends, to 1960s psych; from his mother’s Hawaiian musicianship to his father’s love of jazz; from his early time in punk to his current experiments with acoustic music – all cohere into a blistering rock show united by adoration for improvised performance. “Self-indulgence for us is kind of one of our themes”, Neilson admits. “I like the idea of pushing our luck.” And if the Blue Record has helped Neilson to broaden his perspectives and push his luck even further, then it was a very worthwhile experiment indeed.

II is out now on Jagjaguwar.