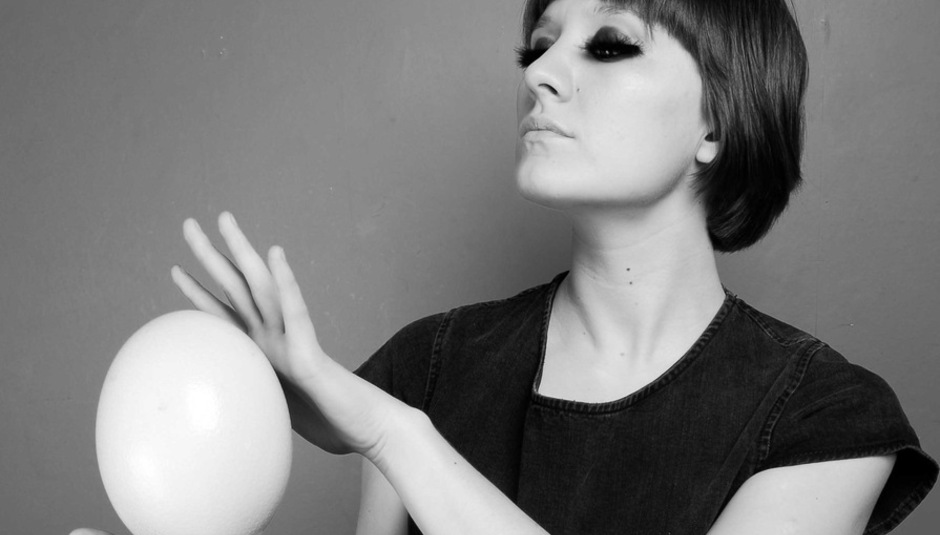 It has been a tricky few days trying to contact Welsh songstress Cate Le Bon. Before our scheduled call, I am advised by her management that she has secluded herself in a basement to make mugs on a potter's wheel, as one does, somewhere in deepest, darkest West Wales. 'Give it a few tries, it might take a couple of attempts', they said. It was already sounding a bit too Royston Vasey for my liking but as I approached the 45 minutes mark, around the same point that I could recite her answer machine message (in Welsh, of course), that I decided to give up.

It gave me a few more days to take in the crisp, swirling magic of Le Bon's new album Mug Museum, released on Turnstile (- read the DiS review here). Contrary to the imbued warmth of the melodies and arrangements that shine over the album, lyrically it was inspired by a period of reflection following the passing of Le Bon's grandmother. When we finally catch up a few days later (to my relief, she has relocated to Cardiff), she describes what she perceived to be a shift within the female roles of her family following the passing.

“It's like a never ending relay race. Somebody leaves and everybody shifts up without realising your role in the family. Whereas once I was the niece and I had my Auntie Rita, I realised that now I am 'Auntie Rita' and I have all these little nieces and a nephew who are looking to me in the same way I looked to my Auntie. It's just a very palpable sense of 'Oh gosh, everything is a step further on now.” Le Bon's calming, softly-spoken tone affirms the contrast between her own contemplation and what would, for many, be a more sombre experience. But this serenity may also be due to a lesser enlightened cerebral state, namely a hangover. “I'll level with you. It was two of my best friend's wedding yesterday and it was an all-day drinking affair.” It's much better than my excuse: it was a Friday.

The 'Mug Museum', she explains further, is a place for reflection. Somewhere where you can mull things over. Is the mug symbolic of domestic life, the quintessentially British thing of everybody gathering to have a cup of tea? I ask. Her voice perks up. “Yes, completely because a lot of the album is about my grandmother passing, but not in a morbid way, just (to show) how that changed relationships within the family. There is something utilitarian about the change in relationships. That kind of all came together with the mugs, as you said, with people gathering, and we drink a hell of a lot of tea in our family.”

In preparation for the album Le Bon has been hand-making mugs from scratch for the first set of pre-orders. By the time we speak she sounds a little weary of the topic. “When I made them in Los Angeles I joined a ceramic studio for a month as a member and that made everything a little easier because everything was set out. And then I came over here to do all the bits I had to do and told my management that I could probably make 20 mugs.” She pauses and exhales heavily. “Then, I received a very well-worded email saying...(adopts an overtly earnest tone)..Oh Cate! You're mugs are so popular we've sold...45!' And, that was a bit, erm, shit. So I just had an intense 4 days of mug making in West Wales.” The way she describes it conjures up an image of Le Bon being locked in a basement against her own will, bent double over a pottery wheel, going a bit crazy through the isolation. “It was a little like that, yeah.”

In the last year Le Bon decided that a change of scenery was needed (perhaps it was the basement?) and decided to uproot herself and head to LA. She speaks about Los Angeles (always it's full title) with unbridled enthusiasm. “It's just a really incredible city. You can miss it if you didn't know where to look for things going on. Scratch under the surface and there is a wealth of talent and a really incredible music scene. I know a lot of it is kind of like a sprawling mess but I think there is a real beauty in that. And you're close to the mountains, close to the sea and the desert. It's just a really unique and spectacular place to be visually, and as a musician there is so much going.”

Her admiration stems from her own tours in America as well as a small period working there with Neon Neon, who gave Cate her first big break by asking her to sing on their first album after Gruff Rhys discovered her singing in a bar in Cardiff. Even with Mug Museum, Rhys' influence is still not too far away. I ask about the tracklist for album as she has previously confessed to asking Rhys' to help choose the order on her last album Cyrk . Le Bon, a bit sheepishly, admits history has repeated itself. “Unfortunately, it is the same story where I was struggling and I had to talk to Gryff because he seems really good at it. So once again, Gryff came to the rescue.”

It was in LA that she met up with the eventual producers for the album, Josiah Steinbrick and Noah Jorgeman. Le Bon talks about Noah like a musical soul mate. “He is incredible. We were recording the bones of the record live and the sounds he was getting from the off set; the guitar, drums and bass, you didn't really need that much more. We realised that everything was sounding so good that there was this unwritten rule that things have to really deserve their place on the track to warrant being there. We had this casual brutality about things...he's just absolute treat to work with, y'know?”

Another friend pops up in the form of lugubrious troubadour Mike Hadreas, aka Perfume Genius, on 'I Wish I Knew'. It's the first time Le Bon has asked another artist to sing on her own tracks and she explains there were both emotional and practical reasons for the choice. “Well the song is about the obscurity of love and relationships and what that means, so he fitted that voice perfectly. He is probably one of my favourite current artists. There is something really special about him, his voice is just so unusual and piercing. And, I suppose, when you have a voice as low as I do, it's quite hard to find a man who sings higher [laughs].”

After some initial worries that they were going to have to resort to recording the vocals independently, Mike and his boyfriend Alan Wyffel, who he performs with live, managed to find some time to visit. “I have toured with them before and I love spending time with them both. We had a lovely day in the studio where Mike came in and sang. I think it was difficult for him because it was the first time that he has sung someone else's stuff and someone else's melodies so it took some time to warm up but it was lovely being able to do it in the same room together and work together on it.”

That apprehension when approaching another artist's work must be something Le Bon is familiar with following her recent collaboration with her fellow Welshmen Manic Street Preachers. She took lead vocals on '4 Lonely Roads' from their latest album Rewind the Film but had quite a different experience to that with Perfume Genius. “I just remember I woke up and I had an email asking if I would like to sing on the new Manics record.” I wish I got emails like that. “It was totally bizarre. Like, 'Huh? What?! Is this a misunderstanding?' Before confirming she asked if she could hear the song first, so they sent over a demo with Nicky singing on it. “I really wanted to do it and it would have been awful if they'd sent a shit song [laughs].”

Unfortunately, as Le Bon was in LA and the Manics were too busy with their recording schedule, they couldn't record together. “I had to send them a vocal take via email attachment, which was quite sad. I never met the Manics. Didn't talk to them at all. I was just exchanging emails with their engineer Lars (throughout the recording process). I felt like it wasn't real and it hadn't really happened because I hadn't really engaged with it.”

Thankfully, they invited her on their UK tour. For a girl who grew up on a farm in West Wales, this was clearly a sublime experience. “I played these shows with them and it all hit me, I was kind of overwhelmed by it all. I felt, especially being Welsh, that I had grown up with them soundtracking my life, really. It was really weird standing side of the stage and listening to them sound check all these songs and it kind of suddenly hit me, the gravity of whose record I had sang on, the Manics! It was an incredible experience.” Did she cry? Through barely-contained laughter she responds with a unequivocal “No!”.

Mug Museum is out now via Turnstile. Read the DiS review here. 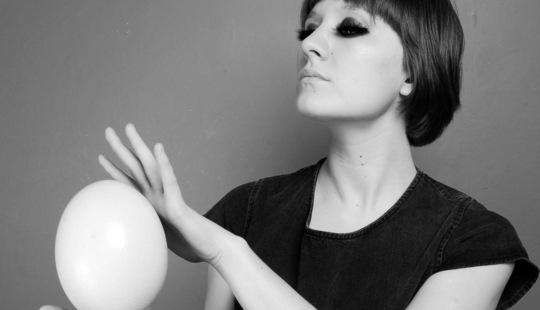