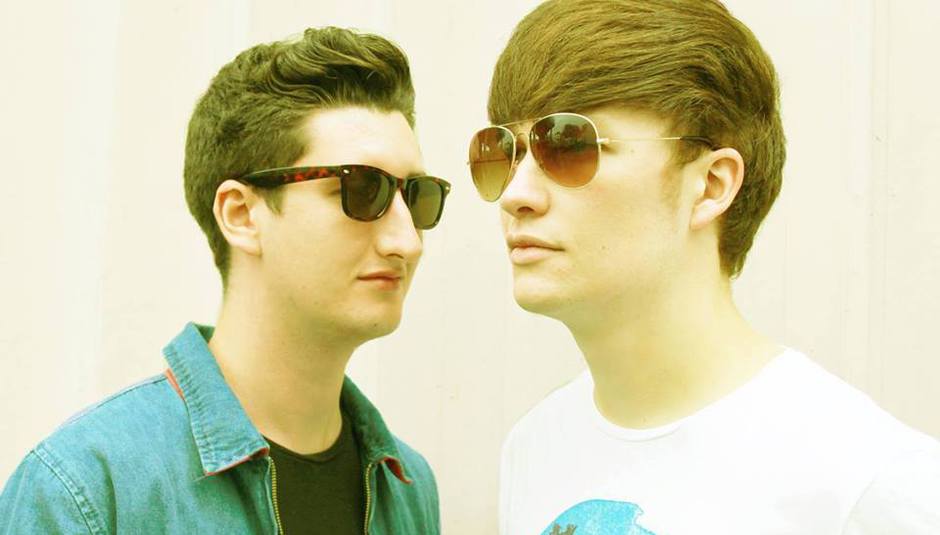 In the third Nottingham scene round-up of 2013, we focus on twelve artists that are currently creating a stir around the city, and who are expected to blossom into 2014 and beyond.

It seems like a lifetime ago since we actually put one of these together (it was May actually). What with festival season now accounting for pretty much every weekend between May and late September, it can be difficult to keep track of what's going on in one's own backyard.

Since then, Dot To Dot, Splendour and the Waterfront festivals have been and gone, Nottingham's DHP won "National Promoter Of The Year" at the Live Music Business Awards for the second year running, and Mercury nominee Jake Bugg has made a video more akin to an episode of The Benny Hill Show than international rock star.

Nevertheless, there's been a wave of new talent emerging from within the city's music community, and Drowned In Nottingham #15 focuses on twelve of those artists. From up-and-coming electronic acts such as April Towers and Frolikks to a new wave of guitar heroes led by Huskies, Wanderlings and Debris Slide through to potential mainstream gatecrashers Saint Raymond and Amber Run, it's an exciting, vibrant time as Nottingham's musical landscape continues to grow.

Without making too many bold predictions, these are just some of the locally based acts we expect to see making headway beyond the city boundaries in 2014.

This two-piece electronic project (main picture) only began this summer, yet already they've created an online shitstorm since releasing their debut EP Peaks last month. Alex sings and plays keyboards, Charlie puts together samples, beats and production arrangements. Together they sound like a hybrid of the Pet Shop Boys, OMD and New Order fed back through a 21st century time machine. Although currently writing and recording - expect an EP of new material imminently - there are also plans to turn the project into a live show, possibly in the early part of 2014. Here's 'Tel Aviv', the lead track off Peaks and also the first song the duo recorded together.

Another newly formed electronic duo currently making waves in the city are Frolikks. Janet Savage (vocals, keyboards/synthesizers) and Michael Bird (samplers, programming) only started Frolikks as a bedroom project in the early part of 2013, yet already their live show has evolved into an engaging, and frankly unmissable spectacle of its own accord. DiS recently caught the duo supporting hotly tipped newcomers Pawws, and was literally amazed at how polished their set was. Imagine Karin Dreijer Andersson making music with 1980s style Gameboy gadgets and you're in the right ball park. Despite only playing their first show in August of this year, one of their songs, 'Ballistic', is set to be featured in the film 'Ashes', due to be released later this year. They've also put out a six-track EP that's available for free on their Bandcamp page. Have a listen, we promise you won't be disappointed.

Lo-fi tinged four-piece Huskies favour the slacker approach personified on the other corner of the Midlands east/west axis by the likes of Swim Deep and Jaws. Recent download-only single 'Beach' was played on both Huw Stephens and Tom Robinson's BBC radio shows. The band are currently working on the follow-up. In the meantime, they've a handful of shows to take them to the end of this year with several dates to be announced for the early part of 2014. This is 'Beach'.

Having spent the past eighteen months honing their sound whilst gigging incessantly around the city, Wanderlings melting pot of C86 flavoured psychedelia looks set to take on a life of its own as 2014 approaches. Recent support slots with the likes of Charlie Boyer & The Voyeurs and Circa Waves have only served to highlight their progression as a band, while current 4-track cassette EP VNO demonstrates why Wanderlings have become one of Nottingham's hottest properties.

Hard rocking trio Kill Chaos have graced this column before, their first demo featuring live favourite 'Company Of One' taking pride of place on these very pages in October 2011. Since then they've steadily gained a reputation as one of the most incendiary live bands on the rock circuit, a feat not gone unnoticed by local noiserock label Field Records who've swiftly taken them under their wing. Next month will see the first fruits of their labour in the shape of PromisesPromises, the band's first long player. Out on November 18th, they're also headlining a launch event at the city's Maze venue on the 23rd. Be there! This is 'Crush', taken from the album.

To say 2013 has been a whirlwind for Amber Run would be something of an understatement. Formed only at the back end of last year, their first gig was at this year's Dot To Dot festival. Within three months they were playing Leeds Festival, and weeks later found themselves signing a recording contract with a major record label, RCA. It hasn't all been plain sailing. Initially called Amber, they added "Run" recently to avoid a potential legal battle with a 90s dance act of the same name. Debut single 'Heaven' is out on 25th November. Take a listen for yourselves.

Another artist to regularly feature in this column over the past couple of years has been Jason Williamson aka Sleaford Mods. With sidekick Andrew Fearn now a permanent member these days, the duo have just inked a deal with respected indie Matador. To celebrate, they're releasing not one, but FOUR singles over the coming weeks. 'Bambi'/'Scenary' is out on German imprint X-MIST Records in December while 'Routine Dean/Pubic Hair Ltd', their first for Matador is still to have a release date confirmed. Beforehand, 'Jobseeker'/'14 Day Court'/Black Monday For The Tory' comes out on Belgian label Kraak and 'Mr Jolly Fucker'/'Tweet Tweet Tweet' on Fourth Dimension from Poland. Here's the video for 'Mr Jolly Fucker'.

Also in their embryonic stages of existence are Sea Monster Eyes, who only formed in February of this year. However, they've already created a minor stir locally in the short time they've been together, recording an EP and filming their first video for 'Boat I Row', which subsequently won an award for innovation. Catch them live at one of the many shows they're scheduled to play over the coming weeks. This is 'Boat I Row'.

While not strictly a new band in the most pedantic sense of the band; Cult Of Dom Keller first started out in 2008; their self-titled debut long player just happens to be one of the finest psych rock records released this year. Already established favourites of Austin's Psych Fest - CODK have played twice in 2011 and 2013 - they're scheduled to tour Europe next year culminating in a slot at Holland's Roadburn festival alongside Loop. This is 'Worlds' off the aforementioned LP.

Formed at the beginning of this year, Loophole Project astounded the judges at July's Future Sound Of Nottingham event and have steadily amassed a loyal live following over the ensuing months. Fusing elements of dream pop with a chilled out late night vibe, debut single 'So Close' sets the scene admirably for a band whose promise holds no bounds.

Nottingham born singer/songwriter Callum Burrows has been wowing audiences in and around the city this past couple of years. Debut EP Escapade came out in May, and he's just been confirmed as the support on Haim's UK and European tour. This is 'Letting Go'.

Finally, regular visitors to this column and also Some Velvet Mixtape may already be aware of Debris Slide. Their latest EP, a limited edition three-track cassette of just 25 copies follows in a similar vein to its predecessors, fusing discordant noise with pop soaked melodies. Here's the video to 'Vital Signs', taken from the EP.

Our live pick is Orangefest, celebrating its tenth birthday this year. Taking place at the Orange Tree on Saturday 9th November from 3pm until 2am Sunday morning, its line-up heralds a celebration of many of Nottingham's finest artists. Headlining the electric stage are Kappa Gamma with Captain Dangerous topping the bill on the unplugged stage. Other artists scheduled to play include Grey Hairs, Ryan Thomas, The Barnum Meserve and Sea Monster Eyes. And what's more, it's free entry all day and night!

8th November - Future Of The Left + The Wytches - Bodega

Drowned In Nottingham will be back in the New Year, so if anyone has any gigs, releases, links, events or club nights they wish to add please do so in the comments section below.