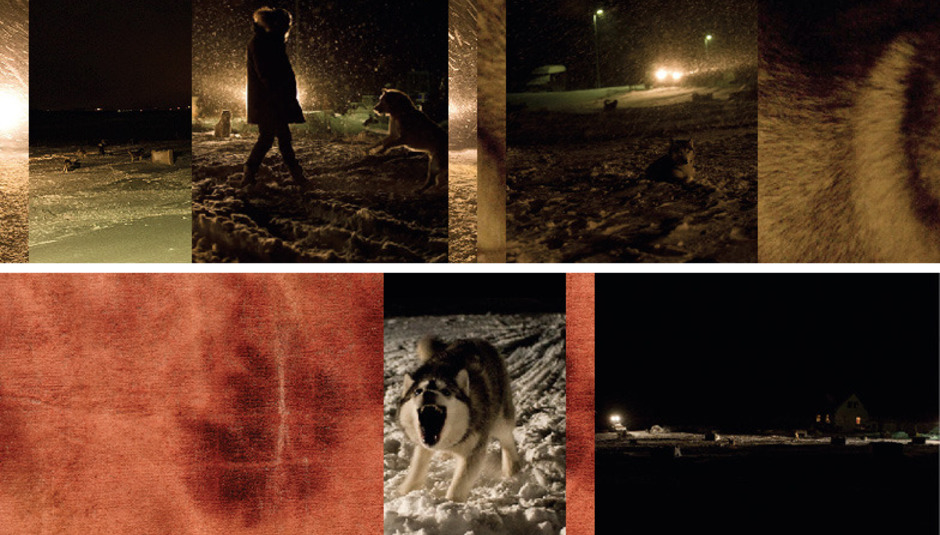 Back in April of this year, Michael Gira, the seer of redemptive, apocalyptic, avant-rock (for wont of a better catch-all), summoned his fellow travellers to 'resuscitate music', as part of his victory lap of the world, following the most critically acclaimed album of the decade. Swans, of course, were soul-quakingly brilliant, but it was Ben Frost who stole the show (for many) with his live manipulation of electronics and guitar noise, flanked by two drummers who played like they were trying to dismantle the building by firing beats in all directions, while he strode the stage judging the perfect moment to send down another lightning bolt.

Frost’s last major release had been By the Throat (2009), acclaimed for its unmatched evocation of ‘Nature, red in tooth and claw’ – literally, wolf-song sampled and processed alongside fragmentary melodies on guitar and piano. Even months after the 'Mouth to Mouth' performance, I held fast to the prediction that whatever Frost did next was bound to be incredible: a landmark for electronica, post-rock, or both.

On August 27, Frost released not one but FOUR scores for films and contemporary dance pieces: FAR, The Invisibles, Black Marrow, and Sleeping Beauty. Throughout 2010, he’d been mentored by Brian Eno, and since then had been building up his portfolio of high-profile productions and guest appearances, including Colin Stetson, Tim Hecker, Swans. In October, he debuted as a director with an opera based on The Wasp Factory, but even this may not be the 'great thing he does after By the Throat' since he’s currently collaborating on a new album with Thor Harris, already praised on this site as the world’s greatest living drummer / percussionist for his work with Shearwater and Swans. (Thor has called it 'possibly the greatest rock album ever made', and do you seriously want to disagree with a man named after a Norse god, who plays his instrument with hammers, stripped to the waist?)

Frost’s earliest albums, Music for Sad Children (2001) and School of Emotional Engineering (2003), are ripe for re-discovery and in many respects the closest Frost came to the mainstream. Although both were compared to Sigur Ros, Godspeed, and millennial Radiohead, the emphasis was not on 'crescendo-rock' but more haunting piano-led music – the first half of ( ) or A Silver Mt Zion’s mournful debut would be a better comparison. SoEE were a band – if not a 'guitar-army' in the mold of Glenn Branca’s ensemble – and almost had songs in the sense that echoing lead vocals, almost completely degraded of meaning would thread wraith-like through the sound-scape. Think: 'How I Made My Millions' recorded in Thee Hotel 2 Tango. The years to either side of the millennium saw a glut of second-rate trip hop and attempts at a dance / rock crossover; while Frost doesn’t fit either category, his melancholy pianos with shuffling beats and atmospheric swathes of processed guitar resemble UNKLE at their most successful by using guitars to produce textures rather than just shackling rock songs to beats and synth-tones, bound to sound dated within a few years.

With Steel Wound (2004) and Theory of Machines (2006), Frost moved away from conventional song-structures, and showed himself capable of maintaining exquisite tension over 10 minute tracks without delivering any explosions in the sky (as it were). The albums started to get critical notices in the international press around this time. This was when the influence of classical minimalists like Arvo Part became more apparent, but so did Swans: a couple of tracks were built around samples from the earliest incarnation of the band, back when they were defining industrial music and what would be called math-rock. The albums were spacious, nocturnal, elemental; there didn’t seem to be much more going on than a Stars of the Lid record, or early Tim Hecker, and yet there was the same sense of being in the aftermath of tragedy or apocalypse that you’d find in a Lynch or Tarkovsky film or a Cure album (hence the sly allusions in track titles that tend to be deeply intellectual but also confess to being a recovering Goth).

The culmination of this phase, if not the apotheosis, was the utterly captivating By the Throat (2009), which blends the most synthetic and the most bestial sounds to explore the idea of being a “killing machine”, while achieving a kind of shamanic transformation of sound from the organic to the musical and back again, while synthetic sounds make the journey in the opposite direction. Again, conventional song-structures belong a thousand miles away from Frost’s arctic home, but he uses the rise and (sudden) fall of the mix – snarls right in your ear, and then disappearing straight after – to approximate the intense battering of a Birthday Party or Neubaten record. Frost’s rhetoric (and, incidentally, his look) began to resemble multimedia art-prodigy, Matthew Barney: the concept of music as sculpture became central, as did the collision of signifiers naively associated with “high” and “low” art (e.g. classical and metal), and even the notion of the narrative of the artwork as an enactment of biological processes from the cellular level to the evolution of species.

For the most part, The Invisibles and Black Marrow represent a slightly more gentle continuation of the sound of By the Throat, with longer passages of ambient dread but also rhythm-centred music. Titles like ‘Undulating Beast’ tell you all you need to know. In Frost's own words, 'FAR is essentially based on a book by [British medical historian] Roy Porter, Flesh in the Age of Reason, which is a dissertation on the journey of man through the dark ages and the Enlightenment period and the changing perception of the soul and body through science and discovery.'

Featuring more lyrics and prominent vocal arrangements than on any prior release, FAR resembles Phillip Glass at his peak, but also Bjork’s last great album, Medulla, to which Frost made a small contribution, and The Knife's recent foray into opera. Frost has said that he was listening to Haydn and Mozart, and the opening track has a classical precision and grace with only flashes of synthetic instrumentation evident, and oddly staccato vocals as if the performers are uncannily accurate androids, striving to express emotion… before the utterly unexpected snarl of a wolf (Frost’s signature sound) comes so close and savage you can hear the liquid tones of its throat. Between these songs, are pieces of musique concrete; 'Light/Shadow' literally assembling blocks of contrasting noise with the only source of melody buried so deep as to be almost imagined, like a single human figure creeping past the brutalist statuary of a fascist regime. Similarly, 'Autoclave' resembles the terrifying 'wall-of-voices' used by Cornelius Cardew or Penderecki’s 'Threnody for the Victims of Hiroshima', with its unnerving violins played a quarter-tone apart.

The soundtrack to Sleeping Beauty (a film based on a short story by Julia Leigh) is only an EP’s worth of music but it contains some of the best exciting pointers toward Frost's future explorations. “Fear of Death Is the Number One Hoax” compresses all the dread of Nadja’s sludge-metal into 43 seconds, while the title track allows angelic drones and soft static to alternate , like breezes blowing across fields of nuclear fall-out ash, forever. Taken together, this isn't "the end of everything", as Frost once titled a track (in one of his more Robert Smith-like moments) but the beginning; in the quiet spaces on his records, where snarling and panting provides the rhythm, or the fluting drones sounds like the wind harmonizing with itself, you can hear the first hour of the world begin: when the possibility of music first occurred to the first humans, trudging those wastes and realizing sounds weren't something to fear but to find beauty in, and imagine something more.