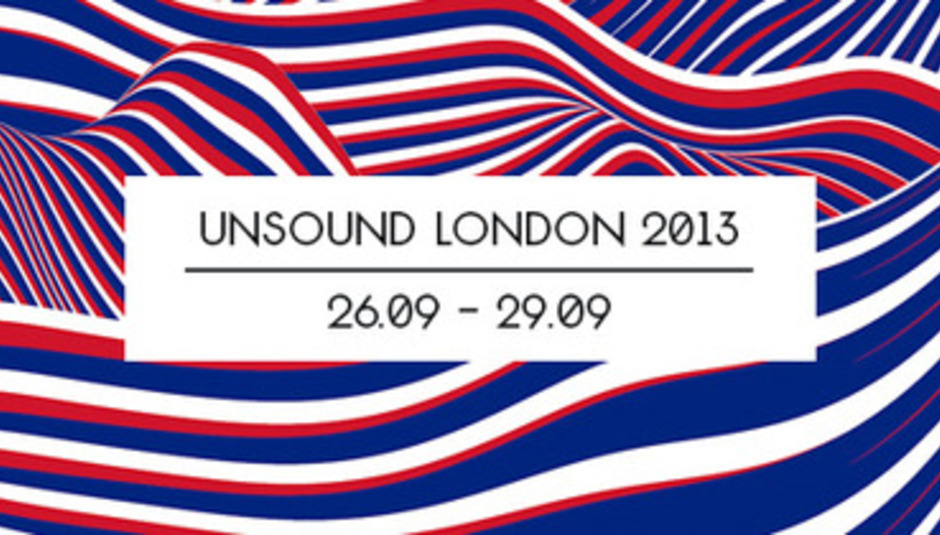 Unsound Festival began in Kraków in 2003 and now, after a decade of operation, the event, which has become something of a European experimental music institution, comes to London for four special nights of music. Having missed nights featuring Demdike Stare and Lustmord it’s off to the Forest Swords headlined night at Corsica Studios for DiS’s first taste of Unsound magic.

Opening proceedings is Polish noise artist Robert Piotrowicz. His set is one of broken shards of sound, fired pitilessly across the grubby interior of the Elephant & Castle based club at a semi-circle of curious onlookers. The man himself seems disgruntled at the sound quality, actually pausing midway through his set to raise his concerns with the soundman. Although a noticeable increase in the low-end occurs after this break, his music is clinically effective, but also strangely beautiful, right from the start. It’s like having your ear poised next to a wall of slowly cracking glass, waiting for the inevitable splinters to bury themselves in the side of your face.

The Durian Brothers operate on a completely different plain. Subtle, but nonetheless accessible turntable merchants, their beat-centric style is a welcome relief to some of the less hardy ears in attendance tonight. The reaction of the crowd remains fairly stoic until about halfway through when the attendees seemingly split halfway between those ready to dance and those content to merely nod their heads in placid appreciation. It’s a set that perhaps goes on a fair ten minutes or so too long given the strength of the ideas actually on display, but at the same time it really is great fun, and a welcome contrast to the serious sound art of the opener.

With long awaited full-length Engravings having finally been released a matter of weeks earlier, this should be a triumphant Forest Swords set but instead feels fairly muted. Largely this is because some of the sounds that are so impressive on much of the new record seem to lose their atmospheric power live, but then this is not helped by a projector malfunction that requires a venue employee to erect a stepladder in the middle of the crowd early on, and the fact that half those in attendance seem more concerned with chatting to their mates than actually listening. An unexpected, and frankly incongruous, drop of the amen break halfway through the set doesn’t exactly help either. The dub side of the compositions are more involving, but it seems like such moments rarely find a chance to break through and make a real impact.

The following night at Café Oto, the experimental music haven of many a London muso, sees DiS spend an inordinate amount of time on a troublesome Northern line train determined to spend well upwards of ten minutes at East Finchley, thus missing the opening set by ex-Napalm Death man Nicholas Bullen. Thankfully Stara Rzeka (Jakub ‘Kuba’ Zio?ek) is on hand to calm the nerves with his hypnotic, meditative blend of sounds. Where on record many listeners choose to hone in on the black metal elements present, at Café Oto tonight it’s more apparent that Zio?ek’s main strength is his mastery of guitar-driven ambience, with his gorgeous drones deftly puncturing the restless hubbub of the Dalston night.

Fellow Poles BNNT have little of Zio?ek’s masterful touch. This is one duo that I’d wager have worn out a few copies of Wonderful Rainbow over the years and, whilst it’s unfair to wholly brand them copyists, the Lightning Bolt comparisons are so obvious throughout their set that it’s hard to shake off the thought that you’d much rather be watching Brians Chippendale and Gibson. Ultimately, unlike everything else DiS sees at Unsound London, it’s overtly dull and predictable, which is a shame.

The final set of the night, and indeed of Unsound London 2013, sees the Innode project rendered flesh and blood with the inclusion of drummer Steven Ness alongside electronics guru Stefan Nemeth. Ness is fantastic to watch, and matching his movements to the diverse percussive ballast at the heart of these compositions makes for a brilliant visual focal point as the evening draws to a close with a thundering array of post-techno soundscaping. Indeed, it’s a set like this that really emphasises the sonic exploration at the heart of Unsound’s modus operandi.