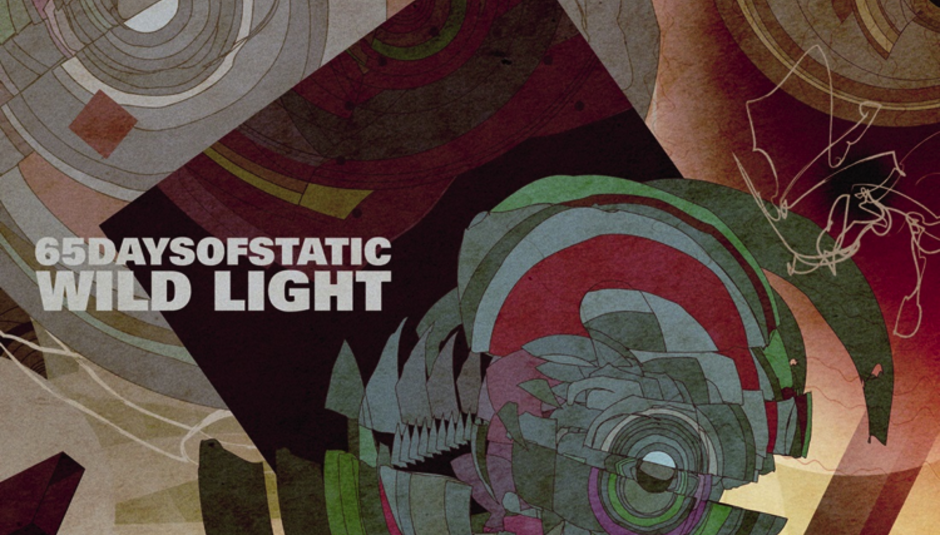 Paul from 65daysofstatic talks us through the band's new album...

"I think we all know, in our hearts, that track-by-track commentaries are mostly a way to fill column inches. Gratuitous content for bands to generate exposure and the music press to generate clicks for ads. Maybe 'gratuitous' is a bit harsh. At best, perhaps they could be like the little plaques in art galleries next to artworks, detailing the materials, time period; perhaps a small insight into why the piece exists in the first place.

The problem with us doing this is that the whole point of us writing the music in the first place is that it's the best way for us to communicate those ideas in our heads that we can't find the words for. So this is a dilution of a dilution. A weak juice.

That said, here's exactly what all the tracks on our new record mean."

Begun 23rd September 2011. Materials: a Maschine project; 65HQ reverb; 2fly Sheffield demos; analog synthesis, guitars through all the amps; no drums, then in the end some drums.

Bruce Sterling is fond of saying that 'what happens to musicians will happen to everyone'. It's a bleak future, if that's the case. Strangely exhilarating to be on the front line though, to experience the crumbling of the infrastructure you have bet your life on. It's all metaphorical of course. It's not like our food supply network is getting disrupted or we're being bombed by our own government, but it's an interesting idea if you don't stray too far into indulgence.

Or at least, that's the case for this infinity. But imagine if there were others!

Begun: On the floor at 2fly studio Sheffield, chaining pedals into noise into shapes. Materials: Logic, down in the gutter of DAWs; offline midi programming, lots of failed attempts at techno; a completely disproportionate amount of time spent on a particular 16 bars; a drum kit made of an ice cream tub and a bin.

The horizontal bloom of atemporality. There's a glass ceiling between gothic hi-tech and favela chic and we're trapped underneath it. Best you can do, in our situation, is leak yourself sideways and fill in all the unexplored gaps. Love that guitar tone. The sub bass opening demands a P.A in order for it to be properly heard.

This song was called Prisms long before it became known that a machine called PRISM was spying on every aspect of our online lives. Dropbox was used heavily in the swapping of demos of this song, so if any weird, instrumental techno comes out of Utah any time soon that sounds a bit like us, it's probably time to switch your cloud-based storage solution.

Begun: It's taken us a solid decade to allow ourselves to write a song like this, so let's say 2003. Materials: fake piano; unhelpful time signatures; an entire computer rig built around an e-bow; a consolidation of audio recorded from three different studios; a day of noise-curating in a small flat in Sheffield.

This is the only strange time signature on the record and it's designed to not be noticed. It just kind of happened by accident in 65HQ when we were writing and we all get really angry about it. Most audio software isn't set-up to deal very well with a 29/8 grid.

I think this is a pretty sad song. When I was young I always used to wonder about the bands I loved who wrote sad songs and how they could bear to play them, and how they talked to each other about it when they were writing. The answer is: talk about time signatures. Talk about how to make the guitar sound like it's being broadcast from Saturn. Never look at the song head-on; it's a bit like Medusa, except instead of turning you to stone it will make you crumble and then the rest of the band have to make jokes to cover for you until you're ready to communicate again.

Begun: Late at night on a train coming back from London. Materials: too much coffee; a lack of tough dance music at that point in the writing process; burning guitar tones; fresh samples of nice organs, failed kinect-mapping video sessions.

Blackspots. Like the ones in your head that you don't let yourself look at but sometimes come unbidden to the front of your mind anyway. Or the ones you see on TV in far away places; the things that aren't happening even as they are happening, as Pinter said. Or like the blackspot given to you by pirates that mean you're going to die soon.

There's something in common with all of these, which is that all responses to them require an urgency and agency that is something worth practicing in these weird, downward days.

Begun: winter 2012/13 Materials: the best chord progression we wrote since Radio Protector; pushing ourselves beyond the established 65 formula as to how to turn an idea like this into a song; step sequencers; drums made into tape loops and then sent back through all the amplifiers.

Our friend Digital Tony describes this song as the end of the world. We built an installation around a version of this. Watch this video. Not until we wrote this song did we understand the power of writing an eight chord sequence and then only playing six of them. John Cage for beginners.

Through an incredible (inevitable? fated?) fluke of tour logistics, we ended up having three days off in Taiwan in 2011. It had a lasting impression. Growing up, every electronic toy I ever played with seemed to have that small, gold 'made in Taiwan' oval sticker on it somewhere or other. Going there and making something ourselves seemed fitting. It's a lean, tough city. The capitalism/consumerism there is this lithe, futuristic sheen, compared to the decades of accumulated junk that we have to navigate around over here. Exhilarating and terrifying to see. Wrote two piano polyrhythms written in a hotel room in Taipei. One in 6/4, the other in 5/4. Played around with in soundcheck later that day. Eventually became this song.

Begun: It starts where it ends. Materials: the sense of having finally worked out what record we were trying to make; obscure granulation software; the concept of granulation in general; fucking wonderful guitars.

You can't imagine how hard it was to name this record. The name came at the very, very end. We had known for a long time what we were making, but we had no idea what to call it. What can you call the thing that you made explicitly because you have no words to say the things you want to say?

If the Wild Light is the unreachable idea, then the best you hope for is to reverse engineer your way to that point. To unmake the whole, to try and break it down into the constituent parts.

Or course, that's impossible. Or if not impossible, then something that brings mostly bad news; like trying to split the atom.

And so: a song that disintegrates into noise.

Begun: It's more of a state of mind than a fixed point. Materials: hyper-synth building; all the distortion from everywhere we could find it; the sense of an uncrossable divide, a hopeless distance; abyss wrangling.

The sound of the borderlands; backstreet visa deals and blackmarket travel documents; lost data & black box trolling; the tensile strength (or weakness) of the digital threads we tried to use to bear the load of continent-spanning communications that failed; glitches, artefacts and dial-up futures.

Wild Light is out now. Listen to the album in full below: