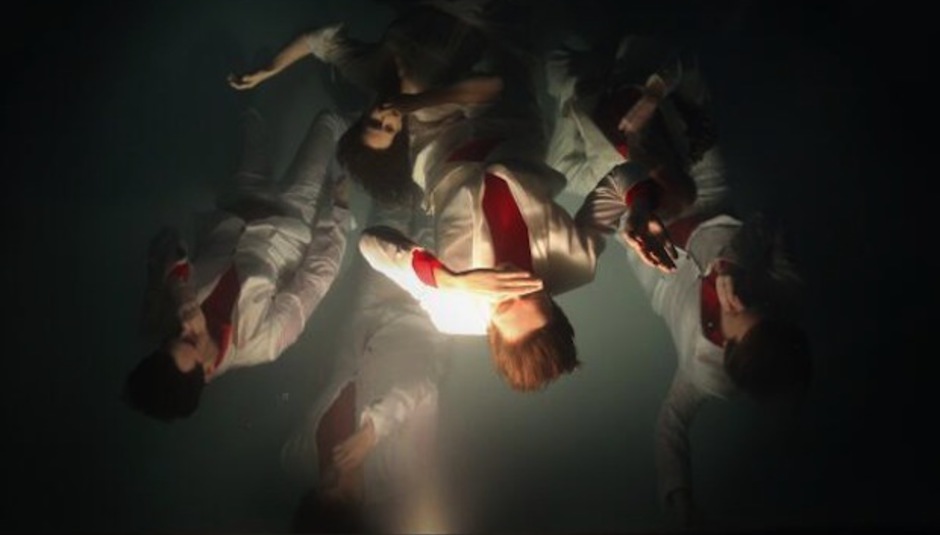 Hello. Welcome to the first DiS Does Singles of the post-festival season. Basically, you can expect great songs to be thrown around like confetti in the run up to Christmas.

This week we've got brand new offerings from Cut Copy, Cass McCombs and Kings Of Leon. You will adore all of them, even the Kings Of Leon one. There's also the latest tracks from Blood Orange and Darkstar for your approval, as well as an Arctic Monkeys cover of Drake's 'Hold On, We're Going Home'.

To summarise, it's all good. Except Arcade Fire's 'Reflektor', which I don't love and really wanted to. APOLS. How big can an indie band get?

In the US, Arcade Fire have sold over 1,700,000 albums, headlined Madison Square Garden and won the 2011 Grammy for Album of the Year. After collecting that gold-plated statute, the Internet was awash with this sort of commentary…

“Who are The Suburbs?”

"What is an Arcade Fire and why are people excited for it?"

To the people who read Drowned In Sound, buy vinyl and listen to 6 Music, Arcade Fire’s latest single is huge news. To those who read The Sun, shop on iTunes and listen to Radio One, ‘Reflektor’s release is of limited significance. It completely skipped out on the Top 40 despite generating more than 2 million YouTube views in six days.

What does this mean for ‘Reflektor’? Commercially, not a huge amount. With a running time of seven minutes and thirty-four seconds, it’s far too long to be playlisted by radio. Nevertheless, most Arcade Fire fans would prefer not to purchase one track in isolation and, if you’re more partial to the day-glo acoustics of Ellie Goulding, David Bowie’s surprise guest turn will mean sweet fuck all to you anyway.

Culturally, Arcade Fire have watched their crossover moment sail right past them while they were busy listening to Talking Heads with James Murphy. According to Win Butler, Reflektor’s title track is one of several expansive songs to feature on the double album. This statement is indicative of a band who’ve broadened their horizons but not their appeal.

Where Daft Punk kicked off the advertising campaign for Random Access Memories by buying billboard adverts to showcase their new masks, Reflektor’s street graffiti didn’t even reference Arcade Fire by name. You had to appreciate its significance before seeing it daubed in white chalk on a city underpass. The same air of exclusivity applies to ‘Reflektor’. Lavished with a spindly guitar hook and plenty of brass parps, it’s a more aloof incarnation of ‘Sprawl II (Mountains Beyond Mountains)’; a disco mix of a truly brilliant single.

Shunning immediacy for intricacy, the Canadian collective have laced their grand return with snippets of French and flourishes of synth for listeners to lap up at first and decipher later. Trouble is, you’re left admiring the song’s art-rock credentials instead of shaking your limbs in celebratory fashion.

For a band to be truly supermassive, they have to channel their eccentricities into an easily palatable form. Arcade Fire have peered over the precipice of mass popularity and turned away to face their inner strange. ‘Reflektor’ is a product of this awkward decision and it sounds like a cop-out.

Speaking as someone who has an ‘Emergency Cut Copy’ button installed on Google Chrome, I did a swivel chair jig when ‘Free Your Mind’ was unleashed upon Soundcloud. A significantly more catchy beast than ‘Let Me Show You Love’, it shows the Australian trio can still write a pop song when they’re not preoccupied with penning extended electro wig outs. These will have you bopping along for longer than you would to the likes of ‘Lights & Music’ but, given the need to maintain professional decorum in a working environment, it’s best that my office-based boogieing is kept to a bare minimum.

Cass McCombs - There Can Only Be One (Domino Records)

Cass McCombs is amazing and the sooner you comprehend this matter of fact, the more time you’ll get to spend listening to him.

Here are some things you should know about Cass McCombs:

In conclusion, I’m really happy for you right now. You get to listen to Cass McCombs for the first time ever. I’d start with this album if I was you…

Darkstar - A Day's Pay For A Day's Work (Warp Records)

After being robbed of a Mercury Prize nomination for their superb second album, News From Nowhere, Darkstar have put on a brave face and created a video for one its best songs: 'A Day's Pay For A Day's Work'. It shows the band in a miserable mood while taking part in a team building away day from Warp HQ. Cheer up guys, there’s always the Brit Awards.

It’s been five years since I last enjoyed a new Kings Of Leon song, so the prospect of absorbing ‘Supersoaker’ didn’t fill me with unbridled joy. Admittedly, this was a fairly pessimistic outlook but Come Around Sundown was an entirely joyless affair.

‘Supersoaker’ is not. It dusts off the Southern fried melancholy last showcased on Aha Shake Heartbreak and polishes it up with a stadium-ready glean. While this is nothing new for the band of brothers (and one cousin), you can’t begrudge them for falling back on a classic rock sound when they wear it so well. Even the track’s “I don’t mind sentimental girls at times” chorus could pass for a James Dean quip.

Welcome back Caleb and co, all is forgiven. Well, ‘Pyro’ at least.

Although Dev Hynes’ Blood Orange project has been subdued since 2011, every song he’s written for Solange, Sky Ferreira and Mutya Keisha Siobhan could have comfortably sat on Coastal Grooves. ‘Chamakay’ is a bit different, not least because it’s a duet between the erstwhile Test Icicle and Chairlift’s Caroline Polachek. Bar its backbone of tropical percussion, there’s barely any instrumentation to prop up Dev’s hushed vocal chords and Polachek’s falsetto flutter. This means ‘Chamakay’ feels more like a spare curio culled from Hynes’ co-writing sessions than a fully fledged comeback.

So cynical. So successful.