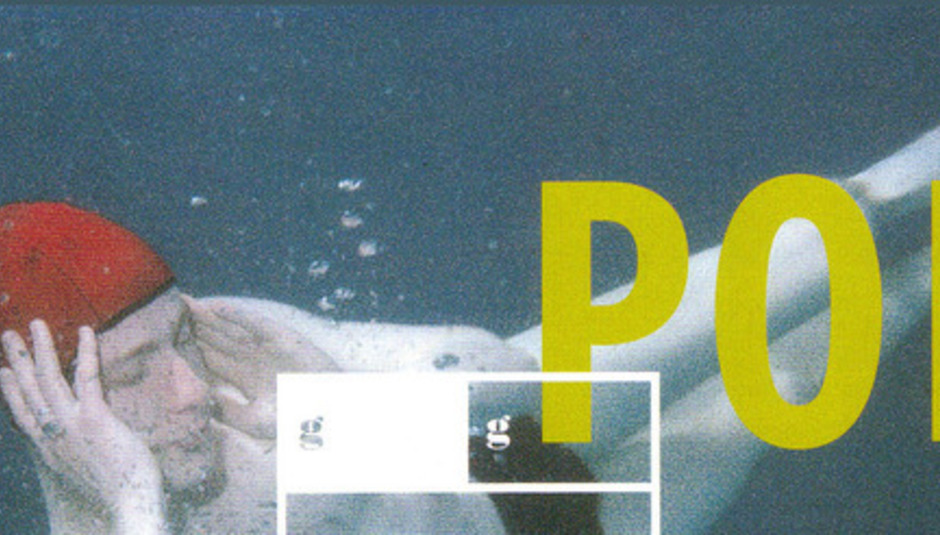 To mark the release of Martin Aston's book, Facing the Other Way: The Story of 4AD, DiS celebrates one of our favourite labels with a series of pieces exploring the label's history. Here, former 4AD A&R man Lewis Jamieson gives his own personal take on what it was like to work inside of one of the UK's most important and influential labels...

"Hindsight is a wonderful thing. Had I known what would happen when I started my first ‘real’ job in the music industry at 4AD in (I think) late 1994 (it’s a long time ago!), I would have done many things differently. Then again, had I been able to read Martin Aston’s excellent book, Facing the Other Way: The Story of 4AD, before starting I would have known to do many things differently.

The first year was heaven. I was in the warehouse, happily packing CDs into boxes and talking to licensees across the world, learning about how an independent record company needs a strong worldwide presence to really exist in the lean times, an approach that has served the Beggars group well throughout its existence. I became aware of the different ways other cultures approach music, of the unique and sometimes ridiculous nature of the UK music industry and culture, a fast spin, short tail world that accelerated as Britpop took hold in my first year in the bowels of Alma Road. Interestingly, only recently did I realise that the only other record company that had staff moving through the company as Beggars / 4AD seemed to do was EMI, and we all know what happened there.

But walking through that warehouse piled with 4AD and Beggars (and later Too Pure) CDs, being allowed to have an entire Pixies, Bauhaus, Throwing Muses and Charlatans collections was, probably still is outside of the birth of my daughter, the best thing that has ever happened to me. What happened subsequently was less straightforward.

The 4AD I joined was becoming a label out of time. As a student DJ in Leeds I had played the hits that had come from the second wave of 4AD, Belly’s ‘Feed The Tree’, The Breeders ‘Cannonball’ and noted the continued growth of the likes of Pixies and cult status of Pale Saints (who lived down the road) and Ultra Vivid Scene. It was a label on its second peak. But 4AD was a label without a leader. Ivo Watts-Russell, the man in whose image the label was constructed, had departed for America before I even turned up and that situation would prove to be unsustainable.

About a year after I joined (things were never clear cut at 4AD in much the same way as the other great indie labels of the time) it was suggested I might be suited to an A & R role. I followed Colin Wallace from the warehouse to a room on the first floor with two huge cardboard boxes full of tapes of hopefuls wanting a deal. Our job was to log these and pass any that might be of interest on to Ivo. Again, with hindsight, you can see the problem. I had no idea what Ivo would like beyond the signings on his label. As these went from the proto-funk of Wolfgang Press through the downbeat psycho-drama of Lisa Germano but also had the likes of Pixies and Muses and Cocteaus in there, second guessing his mind was not an easy task.

Through a circuitous route I chanced upon Gus Gus and inadvertently kickstarted a gold rush of A & R to Iceland that resulted in a host of acts being signed. I know this as the cultural ambassador to the UK told me so in presenting me at an embassy gathering. I was 25. I had no idea what I was doing. No one told me what to do and I learnt how record deals worked from a book. My third time on an aeroplane was that flight to Iceland to sign the band. The fourth was doing stunts in a two seater with one of the band’s fathers over the island. From there it was a whirlwind of trips to LA (to deal with our Warner licensees on the acts), New York (for CMJ), Miami (for Winter Music Dance Conference) and Austin (for South By South West). That tells you all you need to know about why the next three or four years were not exactly smooth. The whole story is in the book from all sides so I won’t waste time repeating it here although, in my defence, I would say that I tried to do what I considered to be the right thing throughout.

The great independent labels had been my lifeblood since I first saw The Smiths on BBC2 aged 12. From that opening and an older cousin’s pushing of Bauhaus and The Cocteaus I had graduated to reading The Catalogue (Rough Trade distribution’s in-house magazine), scouring the NME and Peel for new acts and a militant distrust of anything released by a major. The scene chimed with my politics, the idea that the means of production should be controlled by the workers, the Rough Trade and Factory concepts of joint or no ownership informed everything that had meaning in music for me. Again, in hindsight and as the book explains, 4AD was not built on those principles, art for arts sake would be a better shorthand but nonetheless what happened next is either a warning that youthful idealism will always be perverted by commerce or that the music world was irrevocably changed by the collision of grunge, Britpop and the mainstreaming of all youth culture and I saw it coming.

4AD had been established with no concern for commercial reality. Unlike Factory, the label I really wanted to work for given its Northern roots and my Northern militancy, Ivo was not a self-publicist nor in any way concerned with ‘printing the legend’. In many ways, its downfall was its success. As bands sold records, other bands wanted more advances and similar successes. That took money and staff, Martin Mills has a valid point when he questions why 4AD needed two A & Rs in the book. The truth is they didn’t really need any, the label as it was had ceased to exist once Ivo got on the plane to the US.

By 1995 with Belly and The Breeders in the mainstream and Pixies elevated to godlike status in indie circles, 4AD was a long way from an aesthetes label, it was a major alternative powerhouse. It was also a rudderless ship veering in all directions whilst the crew ran around on deck pointing in different directions but being far too polite to actually do anything about it. At times the office reminded me of an Evelyn Waugh book, full of perfectly wonderful people incapable of having a set to with each other even when circumstances demanded a massive row.

Sure V23 still created sleeves of stunning beauty and intelligence, though it wouldn’t be long before the internet came to remove that element of identity forever, but Belly’s second album was recorded at Fort Apache and mixed by Slade and Kolderie and came with the now standard multi format single release and promo tools. ‘King’ was an early warning of the label’s slide into chaos and collapse. It didn’t get radio and therefore it didn’t sell in the way that ‘Star’ had nor did it really move the band’s profile forward. Belly may have been the first band that happened to but they wouldn’t be the last. Only, interestingly and very happily for me as I had a relationship with them, Lush bucked the trend with Lovelife. I can’t underestimate how nice it was to have one of our bands on Top Of The Pops and the radio and in the charts. We may have been ‘indie’ but I call ‘liar’ at anyone at a label that wants their records to bomb.

I guess King lost money, I honestly don’t know, what I do know is it lost the band ‘traction’ as we all call it now in the marketing led music world. I do know that plenty of the albums released over my time there did but I often found myself powerless to do anything about it. I may have been A & R but input into anything beyond my signings was at best limited and at worst non-existent, Mojave 3 being the exception. Frequently I would hear an album from the US roster on delivery once mastered. Then there would be gasps when it didn’t work. Too often the horse had buggered off over the hill before anyone mentioned they had opened the stable door. It was daft and it couldn’t last. It was also the ethic of the label and thoroughly laudable; artists made the records, we tried to get people to buy them. Again, not much room for A & R in that though.

4AD was doomed long before we all got our cards the day after Glastonbury '99, two days after Gus Gus had played to a full dance tent and various industry friends had told me it felt like their time had come. They at least had a chance. Thievery Corporation had their own thing in the US and were self-contained so they were ok. It was Cuba I felt sorry for ultimately. They never got a chance to get going. And they had some great ideas..

4AD was an amazing five years. I got to meet many of my heroes and heroines. I got to go to places I would never have seen. I came to understand the global music industry in a way I would never have done without that experience. It helped me when I became a PR at Hall Or Nothing, when I managed Larrikin Love and continues to inform what I do every day at Loudhailer Press. Unlike some, I am glad the label is reborn and I have immense respect for how the legacy is now handled within Alma Road. Sometimes I wish I had been a bit older and wiser when I got the chance…but that wouldn’t have been anywhere as much fun."

Facing the Other Way: The Story of 4AD by Martin Aston is out this week.

Why They Deserve Your Idolization

The Clash In Convers...

The Clash In Convers...