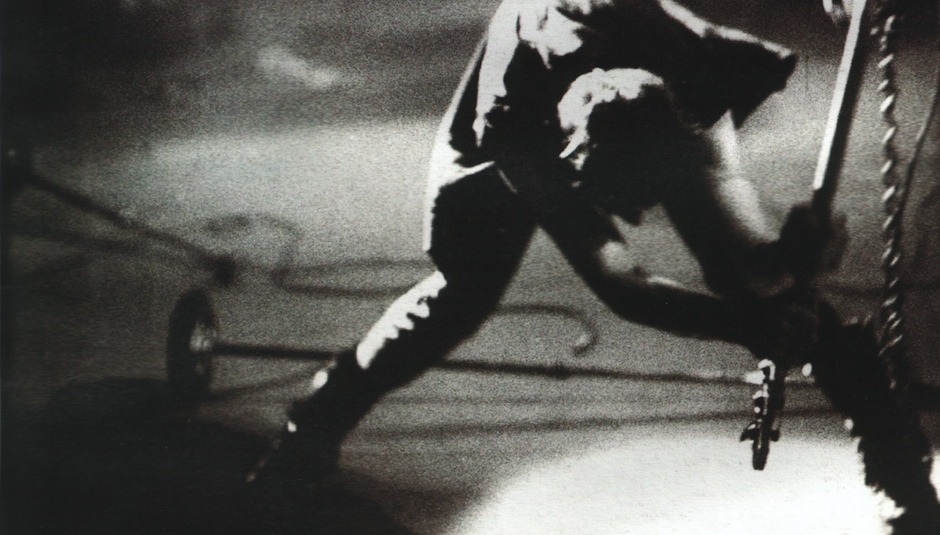 Why They Deserve Your Idolization - The Clash In Conversation with 6Music

Why They Deserve Your Idolization - The Clash In Conversation with 6Music

Since the age of twelve a poster has hung on my bedroom wall. It’s been through various house moves and more than my body weight in Blu Tack, and despite some minor tears it’s stood the test of time and I’ve remained faithful to what that poster represents. It’s of The Clash’s Paul Simonon crashing his bass guitar into the floorboards of the New York Palladium. It’s a picture that every rock ‘n’ roll fan knows and it has come to symbolize, in one remarkable pose, everything you love and remember about The Clash, and the energy and danger of loving a punk band that will reflexively effect any 12-year-old boy right through his adolescence. In April 2010, Simonon (alongside fellow Clash alumni Mick Jones) joined Gorillaz on stage at London’s Roundhouse venue, and for the first time I saw a fairly close interpretation of that stance, him stood with his legs widened, aiming his strings at the woodwork of the stage. He looked like the man in my childhood poster when viewed in silhouette, and a feeling of awe came over me. This man from such a legendary outfit, such a seemingly untouchable, mythical figure stood right there. That’s the thing with The Clash though, for all their history they’re simply not untouchable.

On 6th September 2013, the band made something of a reunion for a small audience of fans at BBC’s Maida Vale studios for an intimate chat with 6Music’s Cerys Matthews (LISTEN ONLINE HERE). All three surviving members, plus former tour manager Johnny Greene for good measure, discussing a career in music that despite only lasting a few short years has inspired generations of music fans that followed and become almost a blueprint for alternative guitar bands the world over. Such is their popularity and legacy that The Clash is in itself a brand, t-shirts worn by anybody that wants to declare ‘I am punk’ even if they’re in some pish boyband whose idea of punk started and ended with Avril Lavigne's Let Go. Along with The Ramones, it’s just your go-to.

It’s the kind of interview setup – a few sofas and some chairs in front for lucky ticket winners – that you don’t expect a band like The Clash to participate in. I’m not so sure you’d see The Rolling Stones or Fleetwood Mac getting that close and personal with fans, even hanging around for photos and handshakes. But then, The Clash are also not the kind of band that would announce shows at Hyde Park, cashing in on their better days. It’s almost a given that offer is placed in front of them by promoters each and every year, even since Joe Strummer’s passing in 2002, but that’s not their style. Since members went their separate ways in 1986 they’ve, for the most part, continued to make music and move onto other projects, not hanging too much on nostalgia. Something Simonon is quick to gripe at Matthews’ question about what they think of their old songs. In fact he damn right shoots her down. That said September saw the release of a stunning retrospective titled The Clash Sound System. Blur amassers may have got their hands on their album boxset last year, and though incomparable having both in your hands is like holding two very impressive, but equally unique and special boobs, as a friend suggested on the subject of their contrast. It is, ultimately, a thing of beauty.

With that release in mind it makes sense for the band to be doing a spot of promo, and when it comes to promo, taking the time to spend an hour with fans chatting about the history of the band, taking questions from them, and spinning endless irrelevant yarn is one fucking hell of a way to do it. Stuffy press conference – nah. Having not been present during the band’s run, it was interesting to hear that mentality was felt even back then. Greene recounted us with a telling story of the band’s early days, when playing live Strummer would wedge a back door open and announce it’s for anybody that couldn’t afford a ticket. It seems the band have always been quite happy to embrace their audience, rather than see them as an income. Greene goes on to talk with the band about acts they’d seen over the years, standing at the side of the stage watching new performers break and some legends play in support, in equal adoration of both ends, enjoying the experience of live music from the front lines rather than backstage. There’s even talk of an “open door policy” that was evident on tours. We also learn that Strummer would go into cafes and boozers while visiting towns and meet the characters therein. For The Clash it was as much a chance to get to know the people as it was for them to see the band live.

To coincide with the release of Sound System the band also curated a kind of pop-up shop cum museum in Soho, which was open throughout September, again putting more effort into an idea, a way of reaching people outside of stadium gigs and offering something you can interact with, get up close and experience. At Maida Vale they talked about how “America wanted [them] to be superstars”, especially after the success of Combat Rock in 1982, but the punk mentality ran, and still runs, very deep through them, the notion of fame in any recognisable design never quite fitting properly. Even now in interviews, they don’t talk or sound like heritage artists talking about ‘the good old days’ or spouting rock clichés (see Rolling Stones). They feel so much more British, or like a new band, talking over one another, respectfully, and comically in sync, Jones taking moments to turn his head and wink at members of the crowd with a grin and demeanour of an eccentric aunt at the Christmas table after too many sherries. It’s hysterical how un-professional they are, and probably always have been.

From their chat though it seems the only thing that was taken seriously was the output of music, one story involving the very room we’re all sat in where they once recorded a session for John Peel which they refused transmission of because they didn’t think it was up to snuff. The new boxset, digitally re-mastered, gives a chance to hear new elements of that iconic music, such as on the tail end of ‘I Fought The Law’ where you can hear a urinal being splashed which Jones takes great pleasure in telling Matthew’s producer to “play again”, and “again” much to his own delight and chuckles.

Going any more into the conversation would undoubtedly take away from the broadcast on October 6th, like telling you plot points in a film review, or the punchline of a joke. I can’t imagine much being edited from their conversation, so short was their time with Cerys, so check it out when it airs. I just hope they keep the bit in about Strummer saving a guy from drowning in a canal – because I didn’t know that… and it’s fucking amazing. Not only are they curating a pop-up stores, offering 6Music listeners a chance to ask them questions, have a history of opening doors to fans, and generally as they approach 60 years old, maintain that connection with anybody that took the time to listen to their music… but Joe Strummer was a genuine, actual hero… and that’s why they deserve every bit of your idolisation, and that’s why their poster should remain on your wall forever.

Listen back to the Clash in conversation with Cerys on BBC iPlayer here.

Paul Draper on The Prisoner, Portmeir...