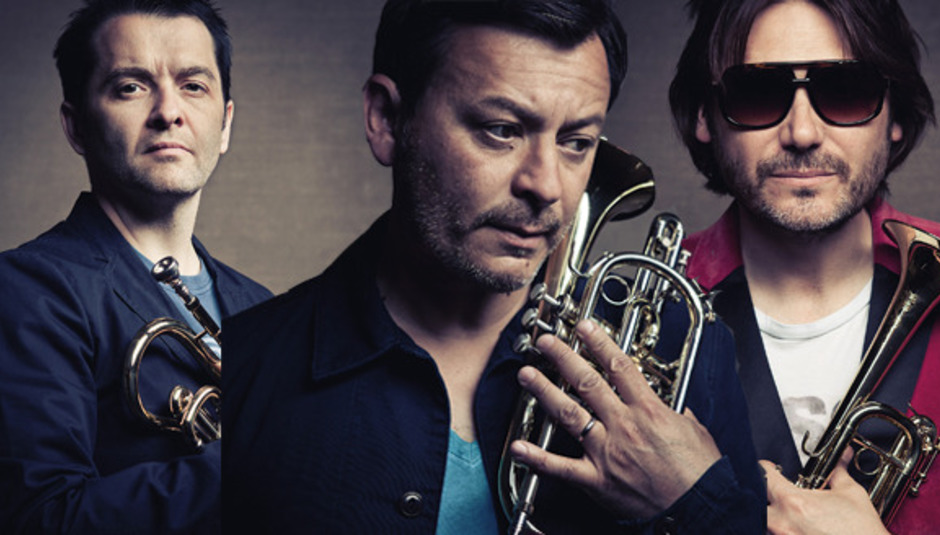 In defence of... the melancholy Manic Street Preachers

In defence of... the melancholy Manic Street Preachers

Here's a great indie-bores pub game, it's called 'What year should the Manic Street Preachers have split up?' Accepted wisdom probably puts it at 1994, after the nihilistic, furious Holy Bible. After Richey. Others will generously extend to 1996, at their man-at-C&A-rugby-club-singalong-"we-only-wanna-GET-DRUNK" every-man peak. After that, apparently, they went boring, to be struck off the creative guestlist forever. The most annoying thing about the Manic Street Preachers, so say the bores, is their refusal to admit defeat, roll over and die. It’s a bollocks opinion. They should have split up in 1992 (when they said they would) or not at all. It’s laughable to suggest their creative spark winked out with the 20th century, or vanished with their guitarist.

What's rarely said is this: The best Manics songs are the sad ones, the one’s we're not supposed to like: the bleak, the melancholy and the beautiful. It’s an element that’s been in their DNA since the very beginning; a peculiarly Welsh rain-soaked misery that undercuts some of their bolshiest, brattiest moments. ‘Motorcycle Emptiness’ is soaked in the stuff and they wrote that before they’d even left the valleys. Their new album, Rewind The Film embraces it fully, dripping a slow, resigned sadness. There’s no false bravado, no attempts to recapture lost youth, it's a record about ageing, accepting and mourning and in doing so, in a still and sad way, celebrating what you have lost. It's the best thing they've done in a decade.

This is the first of two upcoming albums. The next one, 2014’s Futurology is -according to Nicky Wire- the “next step on from The Holy Bible and Journal For Plague Lovers.” If that’s the case then Rewind The Film is the next link in a series that began in 1998 with This Is My Truth, Tell Me Yours and continued with 2004’s icy, chronically underrated LIfeblood. These are albums that turned inward and followed a quieter musical path to the storm and bluster of the bands punk or indie-rock incarnations.

People talk of The Holy Bible being the band's masterpiece, but there’s a strong case to be made that it’s actually This Is My Truth.... It’s an utterly despairing record, the first time Wire would write an entire Manics album alone found him “sick of being sick, tired of being tired, bored with being bored” and “fucked with being fucked”. Even its most obviously commercial moment was called ‘You Stole The Sun From My Heart’ and ended with Wire proclaiming he had “got to stop smiling, it gives the wrong impression.” This Is My Truth... is an album by a band baffled and grieving for a missing friend and uncomfortable with their place in the musical landscape. Wire’s words inspired James Dean Bradfield and Sean Moore to create the most delicate, sparse arrangements of their career so far, there's hardly any big "rock" songs here yet the funeral beats and retro-futurism yield some of the bands best work- 'Ready For Drowning' and 'If You Tolerate This Your Children Will Be Next' are both powerful and astonishingly bleak- that the latter became their first number one remains one of the more glorious corners of pop history- a little victory for melancholy art.

Though the album received plaudits and gold-discs aplenty its bleakness proved a turn-off for a contingent of fans and critics who’d failed to realise the band had been this miserable pretty much all along. Again and again their strongest songs have been their saddest- amid the rage of The Holy Bible is Wire’s ‘This Is Yesterday’, Richey Edward’s ‘Small Black Flowers That Grow In The Sky’ sits on the euphoric Everything Must Go and the spiky and confused Know Your Enemy peaks with James Dean Bradfield’s heartbreaking ‘Ocean Spray’. B-sides, like 'Too Cold Here', 'Sepia' and Bradfield's shattering solo cover of -of all things- Art Garfunkle's 'Bright Eyes' show the band had pointed this way for years.

If This Is My Truth... polarised some fans, then Lifeblood, six years on, would completely baffle them. Again the band turned inward, and this time there was something cold and clinical in Wire's words and Bradfield and Moore's odd soundscapes, the isolation and despair seemed to have frozen into stranger shapes than before. There's some of the bands most beautiful work here: 'A Song For A Departure' is still-born Motown while 'Fragments' and 'Empty Souls' are weird soul music via the Nebraska-era Springsteen and Joy Division. It remains their most underrated and ignored record, but also one of their most rewarding.

Each Manics album since The Holy Bible (with the arguable exception of Send Away The Tiger’s shape-throwing rockisms) have plumbed the depths of despair for their best moments, be that the graceful, elegant ‘4 Ever Delayed’ from the Lipstick Traces B-sides compilation, the odd, stilted ‘There By The Grace Of God’, ‘This Joke Sport Severed’ from Journal For Plague Lovers or the sweeping orchestral soul of ‘Golden Platitudes’ from Postcards From A Young Man. Go further back and you’ll find ‘Little Baby Nothing’, ‘La Tristesse Durera’, ‘Life Becoming A Landslide’- they’re suicide ballads, beautifully wrought melodies of misery, each a little breadcrumb of sadness leading the way to Rewind The Film. There are those who prefer the Manic Street Preachers furious and fast, those that prefer them anthemic and every-man, and there are those that would prefer them lost in the past and bothering them no more. There’s no sign of them stopping now though, to paraphrase the Manics paraphrasing Vincent Van Gough: “this sadness will never go away”.

Manic Street Preachers headline Festival Number 6 in Portmeirion this weekend. Visit our Festival No.6 mini-site for more Manics and more about the festival.