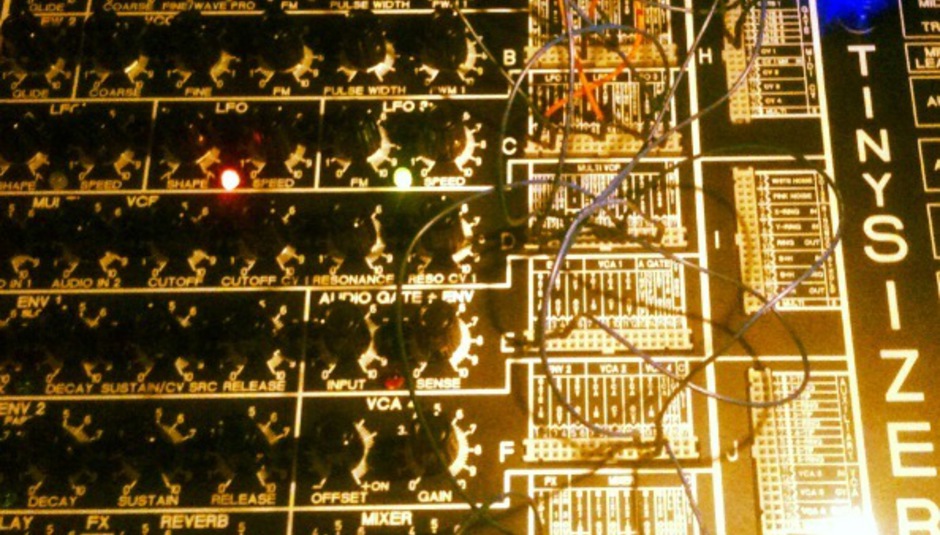 Polly Scattergood's new album came out yesterday. You can stream it below and find out more about the equipment she used...

"My new album Arrows is about a journey, and moving forward. It's very transient, and I think you can hear that both musically and lyrically. When I started writing it, I wanted to create something that was sonically interesting, with instrumentals that spiral off into different worlds and breakdowns that suck you in like a black hole. I wanted the instrumentation and the sound of the synths to reflect the transience, often moving and morphing into new beasts. I love textures and layers and the idea that you may hear a sound once in the whole album, and it will never come back again. Being in the studio is my most sacred place, I have been writing and recording this album for the last three and a half years, although in my head there will always be enough room for one more synthesizer. It really is finished now, and it will be out soon, so here is some of the gear I enjoyed using along the way..."

The moog has always has held a special place in my heart. Daniel Miller lent me MUTE'S moog a few years ago to start writing the new album on. Initially I would spend hours perfecting a sound, and then lose it in 10 seconds, I'm getting better slowly! We used the Mini Moog lots on the album - from the white noise falling to the bass line in Wanderlust - it is a truly beautiful instrument.

This is a interesting piece of kit. It is one of the first karaoke microphone/ voice changers by Sony. It's owned by David Coulter and he brought it in Tokyo in 1990 and very kindly played it on my new album. On my album he used it as a guitar amp by holding it over the pickups, then by using the pitch change effect you can change and control the sound of the feedback! David has a selection of beautiful instruments and toys. He plays the Omnichord on 'Colours Colliding' as well as the musical saw on 'Miss You'. I have some great photos of him hitting piano strings with drum sticks, so we could record the harmonics. I really enjoy the idea of making instruments from things that originally had a different purpose, there is something quite adventurous and industrial about it.

I love the Kaoss Pad is a great fun toy to have lying around in the studio, especially when you need to add a sparkle or get some sonic inspiration. Its a sampler and Midi controller we used it for distortion, delay, ring modulation, pitch shifting and general Kaoss! Its great piece of gear, especially when you are looking for something that changes things fast. its inspired many a breakdown, intro's and outros. The Tinysizer took us a while to figure out, but once we did it's amazing. It a very small patchable analogue modular synth. The filters are incredible, you can create massive sounds from it. I like that it can be very rhythmical in a unconventional industrial way. The photo is taken from Ken & Jolyon Thomas' studio in Hampshire. Ken and Jolyon produced my album, and one of the things I love about their work is the warmth that they create in the records they produce. This organ has the most wonderful warm and distinctive sound. It has a built in sustain and chorus effect we used when we recorded 'Machines'. One of the things I love about it, is it's trashy but also very eery quality.

The EMS Vocoder 2000 is a really lovely retro vocoder. Designed in 1977 by Tim Orr, we used it on 'Subsequently Lost'. I used the iPad a lot whilst making this album both in the studio and on stage. I am not a purist: I like layers and textures and I find a combination of analogue and digital is my preference. One of my favourite things about the iPad is the visual aspect. I like that a lot of the apps work using colours that you can manipulate, which to me is like learning a new and exciting language. I especially like AFX which is a kind of trashy white noise synth and Animoog which is so expansive and rich in tone. It's really inspiring and I like that the possibilities are endless as the apps are so cheap, sometimes even free, so you can buy one, and if it's not working, just try another one.

We used the TR-808 rhythm composer on 'Cocoon'. It's an absolute classic piece of hardware which has such a distinctive sound, and I felt really lucky to be able to use the real thing rather than replicated samples as I noticed a real difference in the warmth of the sound. Arrows is out this week via Mute.