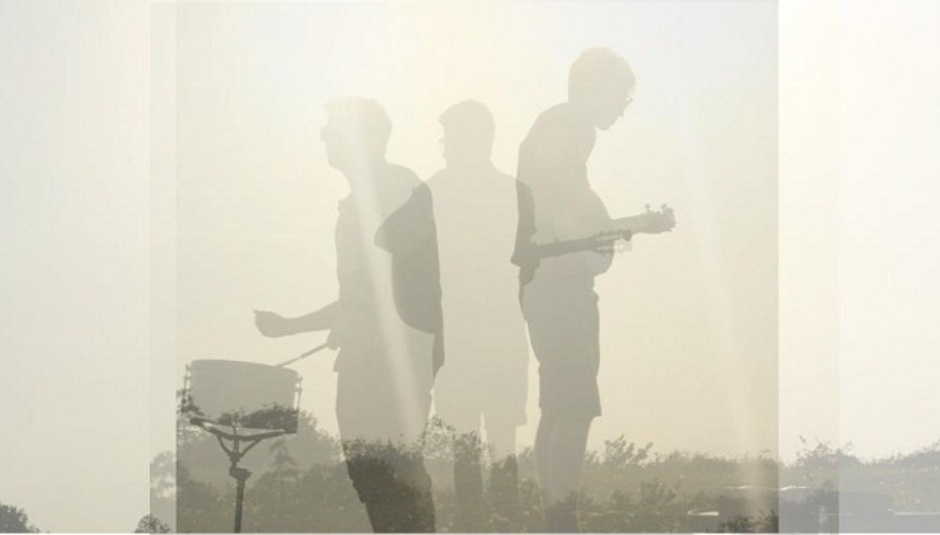 In the midst of a heat-wave we can often forget about all the brilliant musical happenings going on. Most of us are busy with BBQs and pub gardens – plus, being crammed into a venue sweatbox isn’t the most ideal situation. Nevertheless, Bristol has some fantastic things going on and there’s nothing a cold cider can’t fix about a sweltering day. This month showcases the immeasurable array of genres on offer, proving that Bristol is one of the most exciting cities to be.

The Bristol ‘music scene’ has a tendency to bring together bodies from various bands to form another offering. Members of These Colours have previously performed in an array of other local bands but recently got together a few months ago to explore their love of post punk. They sound pretty great too, with track ‘Liars in the Eye of the Storm’ hinting at something great. Psychedelic guitars teamed with a sing-a-long chorus and pelting drums have ensured local music fans take notice. Their recent gigs at venues such as the Grain Barge have also proved hugely popular, making These Colours a Bristol band to keep an eye on.

Henry is barely out of school, yet his delicate and fragile acoustic outputs make him a songwriter way before his time. Signed to GoldFlakePaint’s Night Talk Records, his release featured songs ‘Shipwrecked’ and ‘Shapes’, which showcased his underrated talents. Stripped back and immeasurably affecting, it’s Green’s ability to sing about lost loves without any clichés that make him a stand out Bristol act. His cover of MGMT’s ‘Electric Feel’ is also surprisingly brilliant. You can see him at Figure 8’s festival fundraiser at the Gallimaufry on July 26th.

This well-loved Bristol trio return with a deliciously infectious sophomore album that channels influences from the likes of rapid pop punk that’s not dissimilar to early Jimmy Eat World. We all know pop punk is pretty hard to get right but Caves manage to throw out the annoying whiney route and make Betterment a release to get excited about. Forming in 2009, the band have grown a dedicated following after touring the UK, Europe and even America. At only 26 minutes, the album is more of an EP but nevertheless, it’s a brilliant introduction to the band if you’ve yet to check them out; make sure to look out for tracks ‘Build Against’ and ‘Run’. The album will be released on August 19th.

Another 3-piece, Hello Lazurus are one of the hardest working bands in Bristol. Releasing not one but three EPs this year, the band have proven a huge hit amongst pop punk fans. Single ‘When in Rome’ is a delicious raucous of thrashing drums and infectious guitar licks, with a brilliantly surreal video to boot. Their razor sharp rhythms and belting choruses, make first EP Moving Forward Over the Next Financial Quarter one of their strongest releases to date. The guys know what they’re doing when it comes to crafting an ear-worm but it’s an ear-worm that you’ll warmly welcome.

If you’re into the dance music scene in Bristol, there’s no doubt you would have caught collective Young Echo at some point. Broadcasting their monthly radio show often has many tuning in to see what they’ve got up their sleeves, with members including the brilliant Kahn and Vessel. Stitching together influences from an array of genres, this group have one thing in common – they love to experiment. From dubstep to drone, Young Echo are a perfect example of why Bristol is a hub of anyone who loves a beat; welcoming almost any genre, the group have formed a stunning debut album. Nexus is a kaleidoscope of influences yet steers clear of over-production or over-saturation, allowing as many cooks in the kitchen as it likes.

If you’ve read my review of Oliver Wilde’s debut album A Brief Introduction to Unnatural Lightyears, you’ll already know that I’m completely and utterly in love with it. A hazy soundscape of electronic meets downer-pop, the excitement for the release can be well and truly felt across the city. Released on local DIY label Howling Owl, the album has been a collaborative effort from the artwork to the music videos. Single ‘Perretts Brook’ was given a brilliantly absurd video directed by the Hankins brothers, who have also worked with the likes of Rozi Plain and Sweet Baboo. The album is released today (July 22nd), pressed on white vinyl with an illustrated screen print.

Back in May, producer duo The Kelly Twins announced their brand new label Happy Skull. Making in an entirely Bristol affair, the first release was to be crafted by the brilliant Kowton and Hyetal under the alias of Systems of Desire. ‘Control/Consumption’ is a delicious mirage of everything that makes Kowton and Hyetal some of the best producers the city has ever seen – colliding industrial soundscapes with gentle keys, the pair have created a wonderful introduction to Happy Skull. If this is what The Kelly Twins can put out now, I can’t wait to see what they’ve got up their sleeves in the months to come.

Invada Records have a knack when it comes to snapping up the best new talent. This month sees the debut release from local grunge-scuzzers Wildsmiles, with their EP Take Me Away. Frantic drums, sun-kissed melodies and reverb heavy vocals shows there’s a lot of 90s influence here but the band are careful not to be tossed in the current bandwagon of grunge inspired surfer rock. Reminiscent of the fuzz of Dinosaur Jr but with the poppy appeal of The Beach Boys, Invada prove once again that they only release the very best in new music. The EP will be available as a download as well as a limited run of 500 records.

Harbourside returns once again on July 26th with almost 250,000 people flocking to the city centre to witness some of the best local talent. As one of the largest UK festivals out there, it’s wonderful to see the array of entertainment and genres on offer. Thekla have a whopping three stages on offer, which will allow visitors to witness the likes of Oliver Wilde, Evacuees and Schnauser. Plus the fireworks are back on the Saturday evening – what more could you want?

Taking place in September, last month saw Brisfest release their first batch of super early bird tickets. It also saw them release the first glimpse of their line-up and it’s a pretty great one, seeing the likes of The Boxettes and Toddla T taking to the main stage. Not only that, but the iconic Primal Scream will be headlining – making this one of the best Brisfest line-ups to date. Their second batch of early bird tickets are on sale at the moment at only £31, which is a pretty great deal considering you’ll get to witness ‘Rocks’ in your local city.

This month, Simple Things festival released the first details of their seriously impressive line-up. After the success of last year’s celebrations, the team decided to secure this year’s happenings in October. There’s something for everyone from Jon Hopkins to No Age; Paws to Tall Ships; DJ Jazzy Jeff to Islet – the line-up is quite frankly, ridiculous. Local acts Hyetal, Outboxx and Futureboogie will also be on hand to provide some night time raucous.