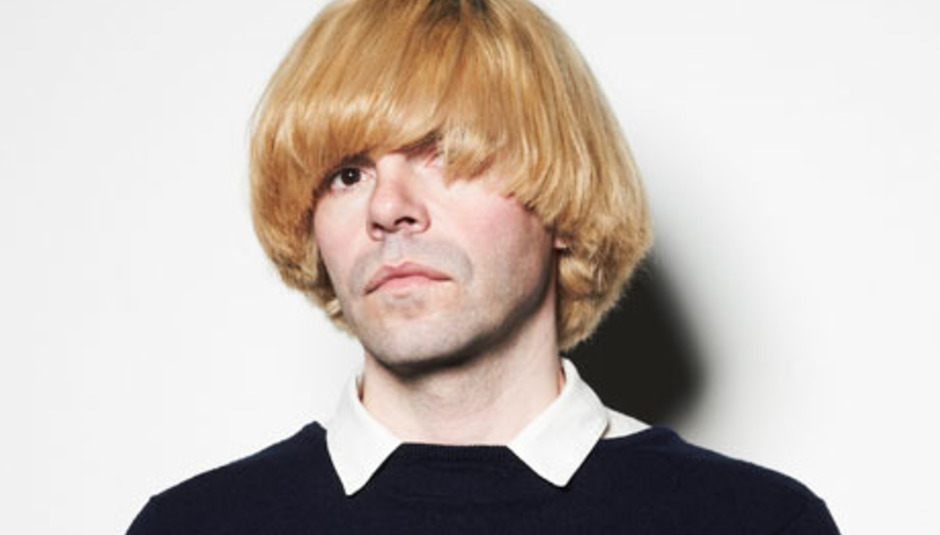 "I love them as much as Myself and R. Stevie Moore" - Tim Burgess on releasing Throwing Up

"I love them as much as Myself and R. Stevie Moore" - Tim Burgess on releasing Throwing Up

East London’s newest punk/grunge heroes, Throwing Up released their debut album on Tim Burgess’ O Genesis label last week. We asked the man himself about what it's like to be on the other side of the fence....

"I’ve spent twenty-odd years putting out records for labels. For most of that time the bosses of the labels were cigar chomping hot tub dwellers who’d be ordering sushi and mafia style hits on steam powered, gigantic mobile phones. They were called stuff like moguls and svengalis and went from selling records out of their car to owning their own islands. Times became leaner and labels became meaner. Like some kind of asteroid that put paid to the brontosauruses, label excesses couldn’t survive when the internet hit the earth – it was maybe not such a bad thing. The gold rush mentality departed with them and labels like Domino and Wichita could flourish and a new landscape was being built. Labels boasted about videos that cost more a house and nothing seemed off limits. There are examples littering the story of every band but one that springs to mind for us was a £16,000 bill for the use of a photograph (that shot of Christine Keeler) that we used on the cover of a single. A single!!?? Not even an album – I’m not sure what we were thinking but but at the time a single in the top 20 would be selling 50,000 copies, so who was counting? The guy who took that photo I suppose. Don’t get me wrong, it’s wasn’t always about just the money. My first brush with music came at the time when independent labels were flourishing – Small Wonder, Zoo and Rough Trade were defining the times. They made waves of such proportions that the Independent Chart started to be printed. Underground names like Spizz Energi and Killing Joke were now kind of the overground. Well, if the overground was Smash Hits in the playground of Leftwich High School. Intricate Crass logos were on school exercise book covers.

Fast forward 30 years independent labels are flourishing again. If I had an exercise book I’d definitely have Throwing Up scrawled on the cover. Ever since I was young and started buying records I noticed the labels and the connection with those little circular things in the middle of a 7” and the people who ran them. I used to write to Small Wonder and buy records on the label as well as wide arrays of weird and wonderful all-encompassing sounds that whirred the cogs in my infant brain. CRASS, Rough Trade & Zoo with their rollicking head honchos Geoff Travis, Bill Drummond and Penny R and Gee V but it was a Mr. Anthony H Wilson that jumped out of my TV with shows on Granada reports and late night quiz shows - all kind of sideshows to what he was really about – which was of course manager of Durutti Column and director and spokesman for Factory records - my local label and, if not the best, then the most blurred around the edges.

Factory was like the most anarchic version of a proper label signing contracts in blood on the back of a piece of toilet paper and releasing records in sandpaper sleeves.

When my dream came true and I was forced to start a record label and start releasing records with my friends, uber engineer Jim Spencer, artist Nik Colk Void, and Righteous Hustler & Comedian Nick Fraser, for my friends, who happened to be in bands that I loved - Electricity In Our Homes, Keel Her & Blood Music - I felt like I could pick little traits up from the labels I loved and from these traits or fine threads we would weave our own identity and form the idea of the label. We had solo artists, groups and spoken word. When Nik Colk Void from OGen & OGen fav’s Factory Floor suggested she made a solo single with a polyurethane sleeve made out of the grooves of the test pressing that will disintegrate over time and might damage your stylus permanently we knew we were on to a winner – our very own sandpaper sleeve and due to the sleeves expense, our very own Blue Monday (Blue Monday cost more to print than it did to sell because of the sleeve which made it the biggest selling 12” of all time that didn’t make any money – still haven’t figured out how that works out? ). Suffice to say Gold E by NCV was a hit in the press and became the first OGen release to completely sell out.

R. Stevie Moore fresh from 400 releases we pressed up a Best of..kind of, made up of material suggested by me then refused by RSM who suggested 20 more, then we were back to square one. His was the first album and from the U.S. We were now international.

When I first heard Throwing Up I was a bit unaware of their utter brilliance, though I had met Camille & Clare on separate occasions and had heard the album through Nik Void’s computer speaker and asked for a copy. I thought it could be a great idea if we put it out but I figured they would have plans, turns out they had, then they hadn’t.

It wasn’t til Jim Spencer and I mixed it I realized how great the songs were. The thing is, Over You isn’t easy its turmoil scuzzy frowning and loud as heck and what the heck Throwing Up just might be my favourite band right now.

While we were mixing the songs, I was trying to imagine what Throwing Up might have been listening to in their tour van to inspire what was coming out of the studio speakers. I thought of the cover version of 'Taxman' by R. Stevie Moore, then 'Been a Son' by Nirvana, and 'Anything' by The Attack (that's specifically Anything rather than actually anything. It's a song is what I'm trying to say...). Turns out Camille had a beat up copy of The Brits '96 CD and was heavily into female fronted classic pop a la Stevie Nicks, Eurythmics and Madonna. Now I know that, I think I can hear it, or maybe I'm just convincing myself I can hear it. Clare reckons the soundtrack to Labyrinth. Whatever it is, Throwing Up sound most like Throwing Up.

I love releasing records by people I love, people I love who make music that means something to me, and by putting out their album I guess that means that I think they’re fucking brilliant. There I said it. Or maybe I could tone it down a bit as far as my enthusiasm will let me and save myself from embarrassment when I next meet up with them.

And for the sake of this article let's just say that I love them. I love them as much as Myself and R. Stevie Moore."

The debut album from Throwing Up, Over You, is out now.