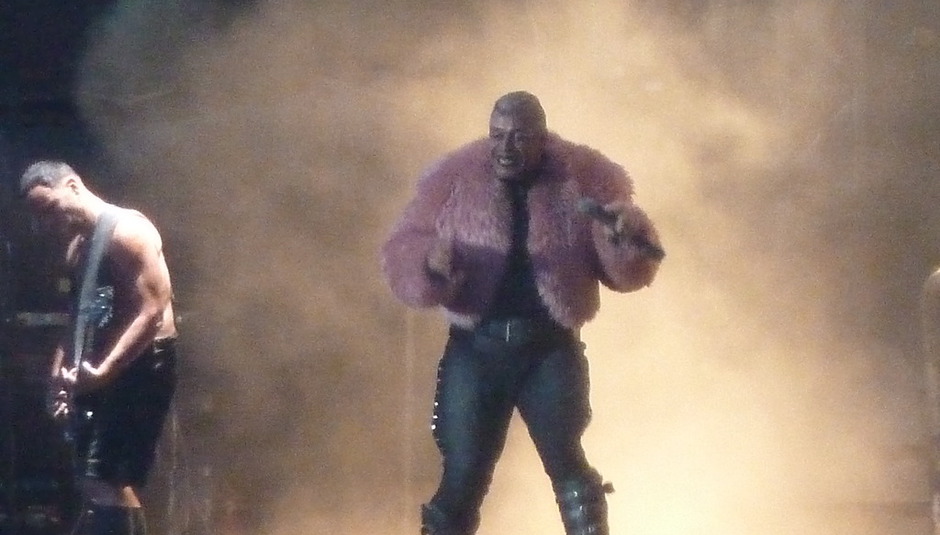 Last weekend, DiS made its annual pilgrimage to Donington Park, home of British motorcycle racing and more importantly, heavy metal. Yes, Download was upon us, which meant lots of sweaty blokes in oversized t-shirts, beer, piercings and loud music. Fortunately after last year's mud bath, this year's event stayed mainly dry, bar the odd shower on Friday night and Saturday afternoon. When the sun did show its face on Sunday revellers were treated to one of the hottest days of the year. Bonus!

It wasn't completely sold out. Day tickets could still be purchased on the gate for all three days, but there was a healthily steady stream of people the entire weekend venturing across each of Download's five stages. Indeed, the jovial atmosphere and friendly vibe throughout the entire weekend from punters to car park attendants and stewards alike - who must be the most polite and helpful we've ever encountered at a UK festival - helped account for three of the most enjoyable days of 2013 so far. And even a brief altercation with the law during the early hours of Saturday morning thanks to two individuals from a rival publication jumping to the wrong conclusions whilst yours truly was helping a friend overcome the effects of too much alcohol couldn't spoil things either.

Arriving around mid-afternoon on Friday, the sound of Papa Roach playing 'Last Resort' in the distance as we erect our tents, it's somewhat fitting that after a discussion about Eighties hair metal in the car on the way to the festival, Drowned In Sound's first live encounter just happens to be Europe. And what's more we make it just in time to hear 'The Final Countdown'! Result. Over on the Jagermeister Stage, billed as an 'acoustic stage' which kind of defeats the object at a metal festival, Essex four-piece We Are The Ocean play softly executed melodic rock that goes down a treat. Mississippi veterans 3 Doors Down also go down a storm over on the Encore Zippo Stage, the loudest cheers unsurprisingly reserved for 'Kryptonite' and 'Here Without You'.

We've mentioned this before but DiS has a bit of a soft spot for Fidlar, and their Beastie Boys meets Black Lips schtick doesn't disappoint. Although something of an anomaly on a bill that is mostly dedicated to the bastions of nu metal, they manage to create a party atmosphere for the packed out crowd in the Red Bull Studio Stage. The sleazy grunge of 'Cocaine' coupled with 'Wait For The Man''s skitty frat punk and 'Wake Bake Skate's all out assault kind of makes us want to round off our musical experience for one day and find a party of our own instead.

The next morning in the media area, conversations turn to who people saw the previous day. "Bullet For My Valentine!" remarks one excited journo. I respond that any band with the words 'My' and 'Valentine' in their name sounding like them should be shot at birth. We don't exchange words again. Oh well.

Onto Saturday, which on paper looks by far the strongest bill of the three days. Birmingham five-piece Cytota provide the early morning wake-up call, insisting "We are the generation your parents warned you about". They remind us of Lostprophets so we leave. Veterans UFO have been around for over four decades now, and yet frontman Phil Mogg still manages to captivate the impressively sizeable Main Stage audience throughout his band's 40-minute set. Ending on a rousing 'Doctor Doctor', Mogg and co. roll back the years with a gallant, stylish performance showing the young guns how it should be done.

If prizes were given out for having the best name of the weekend, Nekrogoblikon would win hands down. However, on closer inspection, they sound like the aftermath of a jamming session between Aqua, Cradle Of Filth and Gogol Bordello topped off with a five-feet nothing guy dressed in a goblin costume (naturally) leaping around the stage. After two-and-a-half songs the novelty's worn off and we leave.

Nostalgia takes hold around teatime as Thunder play a set heavily reliant on 1990's Backstreet Symphony. To their credit it's a welcome respite from the RARRRGGGHHHHfest taking place elsewhere, and judging by the way several thousand folk sing 'Love Walked In' back at the stage word-for-word, the feeling's somewhat mutual. Queens of the Stone Age may have encountered some degree of trepidation prior to playing Download. They needn't have worried, as their set is an aural and visual delight that ultimately ranks as one of the weekend's undisputed highlights. Opening with 'Feel Good Hit Of The Summer' might have been a brave move, but from that moment on the hits keep coming at a fast and furious pace. Eleven songs later, 'A Song For The Dead' wrapping up their set, Josh Homme's cheesy grin conveys a mixture of relief and elation at their warm reception. Norway's Kvelertak also play as if their lives depended on it, frontman Erland Hjelvik cutting a particularly formidable presence on stage. Of course we're really all here to salute the grandmasters of heavy metal, and when a low flying spitfire cuts through the night sky, no further introduction is necessary. Opening with 'Moonchild' off 1988's Seventh Son Of A Seventh Son, Iron Maiden play a career spanning set full of hits. Two of their earliest compositions 'Iron Maiden' and 'Running Free' are given a run out, ensuring this one night only celebration of arguably heavy metal's most successful band ends on a high. The following day, people are heard to complain about this being a phoned-in set. They're wrong. Magnificent in every conceivable way.

Sunday - named so because it brings the sunshine with it (OK, so we made that bit up) - sees LA five-piece Five Finger Death Punch attract a larger than usual crowd for this time of (mid)day. Nevertheless they're a revelation of sorts, mixing powerhouse riffs with exquisite solos and in vocalist Ivan Moody, a focal figure no one in their right mind would seriously want to mess with. Swedish death metallers Amon Amarth also sound like an amalgamation of concrete and lead albeit in a good way, tearing a new backside into the Zippo Encore Stage in the process.

Not being one for side projects, Corey Taylor's Stone Sour meet all expectations. And not in a good way. Taking their musical inspiration (and some would say entire Hell Awaits songbook) from Slayer and churning out half-hearted thrash isn't worthy of such a high placing on the bill regardless of who their frontman's other band are. Metal's answer to Beady Eye then. So when The Gaslight Anthem appear on stage, it heralds something of an epiphany. From a musical perspective at any rate. Sadly, most of Donington Park disagrees and they're left to play a set consisting of the best bits of their three most recent long players to by far the smallest crowd we encounter at the Main Stage all weekend.

"Come to the Pepsi Max Stage! And hurry up!" screams a friend down the phone. Unsure of what all the fuss is about, DiS hastily makes its way over to find former Metallica bassist Jason Newsted tearing through his old cohorts' 'Whiplash' as if he'd never been away. We stay put for P.O.D. on the recommendation of another chum, and by the end of their dub, industrial and skatepunk infused nu metal, find ourselves hailing one of the sets and performances of the weekend. Surely nothing can top this off? And after a brief sojourn with Limp Bizkit over yonder to hear them open with 'Rollin'', unashamedly the only song of theirs we want to hear, we make our way back to the Main Stage for Download 2013's final finale.

Say what you like about Rammstein - and many do, usually culminating in the words 'one of the greatest live shows on earth' - but they have some balls closing an event like this. Sunday's headline slot are normally reserved for the most established of household names; Black Sabbath, Guns'n'Roses, Aerosmith and the aforementioned Iron Maiden having occupied it in recent years; makes it a bold move on behalf of both the band and the festival's organisers. Precisely 30 seconds in, any concerns things could end badly are remedied. Nothing short of spectacular from start to finish - and that's just the stage show - Rammstein prove an unshakable force from the off. You want pyrotechnics? We'll give you guitars that shoot flames from their necks. You want giant, inflatable phallic shaped objects at every juncture? Check. Keyboard players on treadmills? Check. Band members in gimpmasks being paraded on all fours wearing dog collars and leads while singer Till Lindemann dryhumps them? Check. During the song 'Benzin', Lindemann sets himself on fire. Numerous costume changes ensue throughout their performance, possibly more than a GaGa show even. And yet strip away the theatrical side and Rammstein are a formidable force musically too, delivering an 18-part lesson in industrial metal at its finest.

Download, you have been an immensely fun weekend. See you next year!

In Photos: Mudhoney @ The Forum, London