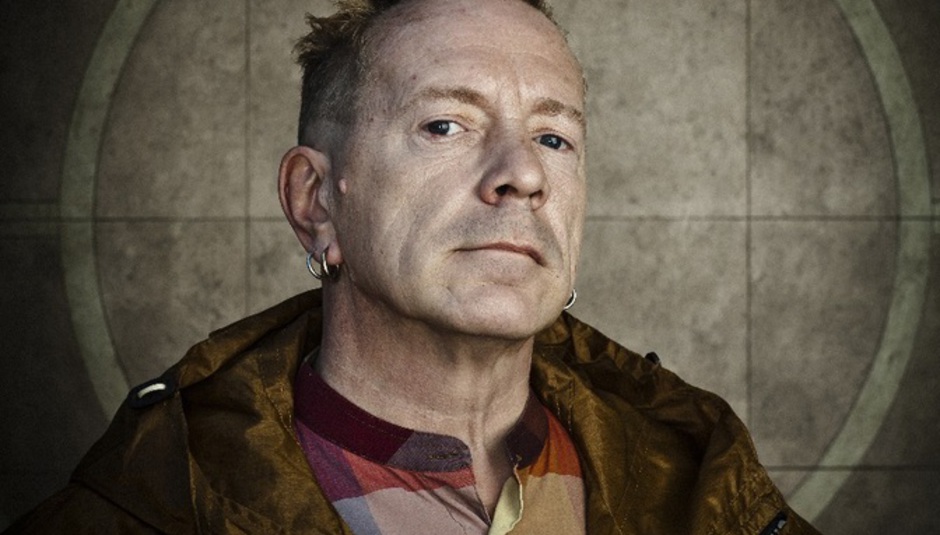 If you want to have a nice time talking to John Lydon, ask him about music, then sit back and listen. Music, after all, is what he's striven to make for the last four decades. And he's still doing it, it would seem, against all odds. It's also the thing that's missing from most of what you'll read about Lydon who (let's face it) whether he means to or not, has a habit of hitting the headlines for things other than what he does in the studio and onstage.

His love for music is such that even the way things ended for the Sex Pistols didn't deter him from his musical ambitions. Within just a few weeks of the Pistols' last gig, he was rehearsing with Jah Wobble and Keith Levene, and by October 1978, Public Image Ltd had released their first single.

What followed were albums that defined the post-punk era, an ever-changing line-up to rival The Fall's, and an indefinite hiatus that began in 1993 and lasted until 2009, when Lydon built PiL back up into a fully functional, revitalised, touring and recording machine. After such a long gap, it must have been exciting to be picking things up where they left off?

"Very much so, and celebrate the good things in life, and not just be a morbid, self-pitying whingebag, which many lesser mortals might have fallen into. I make music because I enjoy and love it, and I write songs because I enjoy it and love it, and I put the two together and I'm ecstatic. The chance to tell things right in this world - why am I going to deny myself that?"

PiL's ninth album, 2012's This Is PiL, does exactly what it says on the sleeve. In many ways it's the band's most all-round effort, blending 1978's bass grooves and impressionistic guitar patterns with the confrontational, preacher pop of PiL's 1980s experiments in accessibility. It isn't their most cutting edge album (that will always a head-to-head between 1979's ­Metal Box and its follow-up, The Flowers Of Romance, surely?) but according to Lydon, breaking new ground has never been the intention:

"That's never been my motivation. It's whatever the subject matter is in my head, I find a musical backdrop for that to fit into. One accompanies the other and that's with no consideration to what anyone else does or thinks out there. I write songs from the heart. That's how I feel, from the heart and soul, and that's the interpretation therein, and I find people that are empathetic to that, to that drive, that have similar worries, similar pain, similar experiences, and it helps. It means it's not arty, it's not crafty. It's genuine."

It's the terms in which Lydon talks about music that set him apart from other contemporary musicians. While it reeks of cliche when singers talk about songs as a way for them to "express themselves", Lydon talks about his records as the only way he can express himself clearly and precisely. "I've got things to do, subject matter to deal with, issues to tackle, that's inextricably linked with music," he says. "I love writing. I always have. I love books, it's my big thing...reading and writing, but I find that the written word isn't good enough without a musical accomplishment - accompaniment - which leads to accomplishments. It's that conversation of tones with words that are lethally accurate. So far."

Likewise, when he describes the process of writing songs, of finding new music, he uses words like "experimenting" and, interestingly, "researching". "You find it in the subject matter you're having to deal with," he explains. "If it's, for instance, dealing with a family tragedy, you will find the right notes. Have you ever watched the news on TV? If you watch it, really, seriously, and not just all the nonsense information because most of that's bias, but you'll find that there's a pulse and a heartbeat to the way they deliver it, and in that you can find a melody, and that's what I do with everything. There is a rhythm to life. Sometimes it's so discordant and sonorous, really, and in that you can find accuracy."

There's another strange phrase he uses: "refresher course". First, when he's asked if he ever listens to punk records ("Every now and then I have a refresher course, we'll call it that, for a moment of relaxation where you can wallow in your record collection. Those are highly enjoyable moments for me") and again when he's talking about listening to his own back catalogue, checking the master tapes for "accuracy" ahead of the reissues that come round from time to time ("Not a bad thing at all - it's almost like a refresher course"). He explains:

"I like to listen to what I've done - and I've done a lot of music - I'd say, every three or four years. I'll sit down and it will strike me as really surprising and fresh and I will have forgotten a lot of the detail and I'll get very absorbed into the framework of my my mind and how I was thinking at that time. The trouble is, it's like self-analysis - that's what it becomes - and the more you learn about the way music is made the less fun it can become sometimes, because you know all the studio trickeries when you listen to other people's stuff. You know what they've done and you know how they've done it. I would recommend a lot of drug and a lot of beer for a lot of stuff [laughs]."

For Lydon then, music is not just something to passively enjoy; it's something to study, analyse, absorb and allow yourself to be absorbed by - and no artist is more or less worthy of that level of investment in their music than any other. "I have very few prejudices," Lydon says, "and truly respect anybody - anybody at all - that goes to the effort to put a record together because I know what it takes. Even the squeaky bands out there, they're still worthy of a good listen because I know they've worked, somewhat, at it. I love and appreciate the hard work and hard work is what making music is. It's not an easy life."

Or at least it doesn't appear to have been that easy for John Lydon. The biggest reason for PiL's long hiatus, he says, was simply a lack of money, and record label debts that took him the best part of 20 years to pay off. "Has it made me a wicked, evil, spiteful bastard?" he asks. "No, because I never was in the first place."

Money has also been a factor in PiL's shape-shifting line-up. "Oh yeah, enjoyable to the utmost that", he snipes. "We've lost members to many, many different reasons, but the worst reason of all, which is the predominant one, was finance. Just couldn't afford to keep people on, and I've been the bloke that's had to be in the chair to orchestrate a guaranteed framework of bills being paid and wages. That's the most difficult aspect of it. It can be mind-numbingly tedious but it's absolutely essential. I've started PiL this way, I've invested everything I had in it and I'm still paying through the nose for it but I like it that way."

Considering the musicians themselves, he adds:

"In many ways what Public Image became was like a college of further education for people. Everybody went on to make very different sounding things but PiL was the springboard for them, and that's very, very good. Many of us don't like each other but it doesn't really matter because there is the respect of creativity."

DiS: Does it frustrate you ever, that there's always going to be some people who'd like to see you reunited with Keith Levene and Jah Wobble?

"[Laughs] I think the two most disappointed in that would be those two! Disappointed at the prospect! No, we had our time and we've moved on. It's like the Pistols. We've had our time and we've moved on. I've got other things to do. Better things to do. I'm 56-years-young and I want to spend the next 50 in a completely different way than I did my initial past."

From the initial past to the immediate future then, and PiL are very much back in business. Next month sees a European tour with stops in Oxford, Leicester, Brighton and Manchester, and surprisingly, what will be PiL's first ever Glastonbury appearance. Touring, says Lydon, is "the one thing that this is all about". He explains:

"For us, we make records so that we can play live and we play live to get the money to make the records and we can play live again. It's an ongoing cycle and it's been that way ever since I first started. The live gigs came first then, 'Ooh, what? We can make a record? Ooh, that should be fun'. And then you get into it that way and I've never seen it the other way round. There's plenty of - and I use the word deliberately spitefully here - acts who go into records fraudulence-first because of studio trickery and the like, and of course, major record label backing."

Indeed, back on the subject of labels, it's no surprise given the last 20 years of financial turbulence, that Lydon decided setting up his own label, PiL Official, was the best way to release This Is PiL. "Up to that point, no matter what I'd done, I couldn't raise enough to make a big enough impression on the record labels," he reflects, adding:

"It's a difficult position and I've no enemies in these labels. All the staff, I like a lot and I've still got very many good friends in it. But it was the corporate accounting department way of thinking that led to so many difficult issues. And it's very, very upsetting to watch them sign bands that were basing themselves on work that I'd done and formats that I'd struggled to create, and yet dissing us, dissing the originator, and that's annoying. It doesn't create too deep an anger. It's kind of like, almost fun. I'm the kind of bloke who is never going to run out of ideas. As long as there are human beings on this planet, I have subject matter."

Against all odds then, John Lydon seems pretty content with where PiL stand today. Though they might never be as well known amongst the general public as the Sex Pistols, he's right when he says, "in terms of influence, I think PiL is the bigger band". And while he's constantly aware of the precarious economic position he's in as, in effect, a DIY musician, Lydon shows no sign of giving up on music just yet:

"There are always going to be difficult times ahead. That's the story of life. If any of this was made too easy it wouldn't be worth doing."