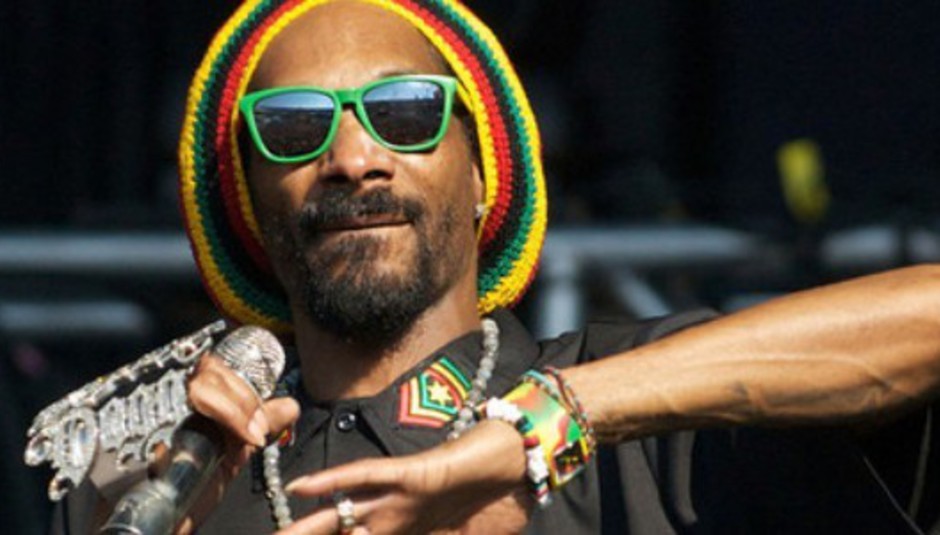 “Fuck Snoop Dogg,” says Snoop Lion, as he describes his conversion to Rastafarianism in this new Vice-made documentary. Snoop is 41 years old and he is tired of making rap music, a genre in which he has long played a leading role. You know this already of course, because Snoop is one of hip hop’s most charismatic and best-loved stars. Broadsheet newspaper journalists happily filed their tongue-in-cheek copy on his supposed reincarnation, hardly believing their luck at a story sent straight from the clickbait gods. The viral web materials then followed, with videos, soundbites and even an app carefully rolled out on all of the sites that you might expect. With Snoop as its star, a high concept film such as this is a true marketer’s dream.

Snoop has become as much a celebrity of hip hop as he is a creator of it. Nobody really talks about his recent records with any degree of seriousness, yet his public profile is broadly the same as it was ten years ago. Why is it that rap fans get upset now Jay Z is phoning in garbage guest verses, while Snoop is left to do his own thing, never analysed to the same gold standard? However, little is made of his music, though, the camera continues to be Snoop’s ally in music videos, public appearances and reality TV, all of which turn to him to deliver his familiar brand of light relief. Snoop’s been playing this game for the last decade or so, living off old catchphrases and blurring the lines between character and identity.

Here, though, was something new. His reincarnation from Dogg to Lion should make for a fascinating documentary subject in theory, and Vice's track record for this kind of project is almost second to none. Somehow, despite constantly being in the public eye, Snoop’s life still feels ripe for exploration and this film has any number of angles it might explore.

Why then, is Reincarnated such a non-event? At the heart of it is the unshakable idea that this is all a shallow marketing stunt for its creators and subject. While Snoop’s excitement to create a reggae record about peace and love may well be legitimate, these concepts are tossed around relentlessly with the lack of depth perpetuated by every hippie stereotype that’s ever existed. It’s also difficult to buy into the narrative that this represents a meaningful U-turn in his artistic career, especially when so much of this film is filled with Snoop drifting around in Adidas tracksuits getting stoned out of his mind. Maybe it’s the cynic in me, but this feels a far too convenient alignment of his existing interests for us to believe in the wider spiritual journey we’re presented with. Incidentally, both weed and Adidas are thanked in the film’s credits.

Marijuana might actually have been a better premise to hang this film on, because at least that would have given it some transparency. Instead we have to go along with the preposterous reincarnation narrative, that neither brings us closer to Snoop or makes a serious attempt at understanding Rastafarian culture. I want to believe he’s doing this because he’s fed up of playing the same old D-O-Double-G, but actually he’s still releasing Snoop Dogg records alongside this project, and in truth, it comes across as little more than a glorified vacation made by a bored millionaire.

In a frank conversation with Bunny Wailer, the legendary Jamaican artist expresses his concerns that Snoop will disrespect Rastafarianism though his insincerity. Snoop seems affected by this, and he nods and reassures Bunny who then agrees to provide backing vocals for the record. Since having seen this documentary, Bunny has been outspoken in describing it as ‘outright fraudulent’, to which Snoop replied: “If I was Snoop Dogg, I’d say fuck Bunny Wailer, but I’m Snoop Lion right now, so I’m chillin’.” Since the first draft of this article, Snoop became more aggressive on the subject, although it was unclear whether Lion or Dogg was under questioning.

This superficial level of engagement is indicative of the entire documentary, which seems to lean heavily on the enjoyment of a Bob Marley greatest hits CD. What’s more, filmmaker Andy Capper never seizes the opportunity to challenge his subject’s motives, and potentially interesting indigenous stories are sidelined by the recording process. So we have Snoop’s visit to the poverty stricken Tivoli Gardens, West Kingston, in which he listens to the community’s outrage over the extradition of a local drug lord known as Dudus. This in itself is a fascinating subject, but a tiny section of the film. Snoop shakes some hands, dishes out some hugs and is chauffeured back to the studio to finish his Diplo-produced reggae record, which features Drake and Miley Cyrus and all those other well-known reggae enthusiasts. It’s entirely conceivable that a tight schedule got the better of the film team, but it’s difficult not to come away from it thinking that the real stories here were lost.

Putting reggae and Jamaica to one side then, as the film does, what do we actually learn about Snoop Dogg? Most notably, you get a sense of the impact that violence has had on his life, something which is easy to overlook when it’s so often wrapped up in his playful persona. The ghost of his childhood friend Nate Dogg also lingers throughout, and there is a tacked-on section about his romanticizing of pimps and brief dalliances with porn and the sex trade. The noticeable mood change as Snoop is audibly asked questions about what he describes as ‘lovable pimping’, is the one moment that the film doesn’t pander to its star.

Over the course of a feature length documentary, though, this doesn’t quite feel enough. Reincarnation is a film that’s caught between trying to show too many things, and as a result it shows none of them particularly well. The strange balance between Death Row history lesson, ethnographic study and behind-the-music documentary never really feels cohesive, fused together with countless smoke sessions that could just have easily been filmed in Long Beach. Most of all, for a film that doesn’t really tell us anything about Jamaica, the location doesn’t tell us much about Snoop either.