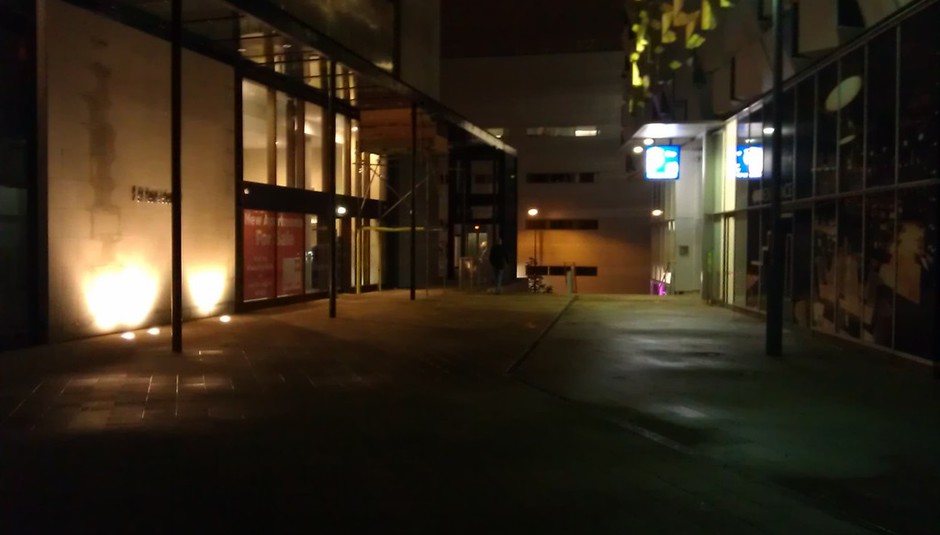 When the first Tramlines festival was held in 2009, I didn’t go. I was on holiday in Europe, desperately trying to find ATMs that still had cash in them. You see, this was at the start of the biggest worldwide financial crisis since the Great Depression, and the banks had run out of money. Now when I think about that, and think about the fact that back home, Sheffield’s music community had decided to organise a giant free music festival on the eve of the biggest age of austerity any of us have ever experienced, it’s tempting to ask whether they might have timed it better.

But hindsight, as they say, is a wonderful thing, and it’s to the credit of the team behind Tramlines that they were able to keep the festival free for as long as they did. Not only that, but they’ve made it a major event in the UK’s cultural calendar, a reason for people to spend time in the city in the summer, a showcase for the abundance of talent that’s right here on our doorsteps and, for most gig-goers, simply the best weekend of the year. All the while, the council (thanks to huge reductions in government funding) has been cutting culture budgets back to the Stone Age, and businesses that might sponsor such events are being more careful than ever with their cash.

It was perhaps inevitable then, in this unfortunate context, that people would be asked to pay for Tramlines. Not that we’re talking huge sums here – £15 for an advance weekend pass, or £6 for a day pass available on the actual weekend, Friday July 19th-Sunday July 21st – but the announcement that at this year's festival, for the first time, there will be door charges, will undoubtedly have put some people off. For me though, the ethos of Tramlines – which, it’s worth remembering, has lost money every year – was about more than free entertainment and keeping the pubs ticking over after the students have gone. It was about making Sheffield, even just for three days, the most exciting place in the world for a music fan to be, and if we have to pay for that, then so be it. Because the only alternative is that Tramlines doesn’t happen anymore, and if that were to be the case we’d lose a lot more than fifteen quid. Sign up for this year’s festival at tramlines.org.uk.

First, an update. Back in October we wrote about Disguise, the wonderful new EP from Sheffield’s First Lady of Loops, Oxo Foxo. As we explained at the time, the release of the EP was postponed when Oxo Foxo fell ill with bacterial tonsilitis, but we're delighted to be able to tell you that it's now scheduled for release on May 4th. The same applies now as when we first wrote about Disguise – this is a dense, ambitious, charming set of left-of-centre pop from an impossibly talented young woman.

Nai Harvest first caught our attention this time last year, with their endearing, intricate, anthemic emo-punk. Much has happened since then, not least the release of their debut album, Whatever. The record has come out on a rather attractive limited edition coloured vinyl through Dog Knights Productions and Pinky Swear Records, and there were still around 100 copies left at the start of this week. Don't hang around though, because when they're gone, they're gone. Here's the title-track to keep you going while you wait for the postman to arrive with your copy.

Low Duo have made an album too. It’s called Dive And Slide Into The Blue and it was launched at The Great Gatsby on Saturday. We’ve long been a fan of Adam and Leigh Greenwood’s prickly, agonising understatement and dramatic folk minimalism, and you should be too. You can pre-order the album on their website now, or wait for its release on April 22nd.

Also making a welcome return to this column are Blood Sport, who put out a new EP last month. It’s called Ø and I’ve no idea how you’re meant to say that, but I assume it’s just like saying “o”. Whatever, it’s really good, with exactly the sort of raw, engrossing, other-wordly experimentalism we love about this band. Different to previous Blood Sport releases, this is two tracks from an EP that was recorded in the summer (the rest was scrapped) and two remixes of ‘Palomar’ from their last EP Fruits. A more substantial release is in the pipeline but can download the new EP from Bandcamp now, or if you happen to be travelling down south, catch them on tour with the genuinely-getting-quite-famous Drenge this week.

Looking further ahead, there’s long-awaited (by us, at least) debut releases by fuzzy indie-punks Collider and stunning shoegazers Blessa to come quite soon, plus new albums by Hey Sholay and Screaming Maldini. We’re also rather excited by the idea of Without Feathers, the as-yet-unheard new project from Nat Johnson (of … and the Figureheads/ex-Monkey Swallows The Universe fame) and Emma Kupa (of the recently departed Standard Fare), and we’ll be doing our best to see their debut Sheffield show at the Redhouse on April 28th. In the meantime, wrap your ears round these fantastic new recording from anthemic, emotive two-piece Algiers and grungy weirdos Avida Dollars:

We’re not sure how it would work with their seemingly rather complicated licensing terms, but we’re seriously considering moving into Queens Social Club for the next couple of months. Upcoming highlights at what is fast becoming Sheffield’s answer to the Brudenell Social Club include: Hey Sholay, Lucy Rose, Ghostpoet, Marnie Stern, Mount Eerie, and even the launch of a brand new book club featuring music critic Paul Morley. Of course, there’s tons of stuff happening everywhere else too, from the Leadmill to The Audacious Art Experiment. And that’s not to mention the annual student art fundraiser Kunst Kunst Kunst delivering a typically excellent bill of Sheffield bands, and local promoters Semi Detached planning their second boat party. Basically, keep your diary clear.

May 2nd – The Staves – Leadmill

May 6th – Malcolm Middleton – The Harley

May 23rd – Skaters – The Great Gatsby

June 12th – The Harley Live Book Club: Paul Morley - The North (And Almost Everything In It) – Queens Social Club

According to their Soundcloud bio, quite a lot of BBC 6Music DJs are into High Hazels, and The Crookes (who they share a manager with) have been raving about them a fair bit too. It’s easy to see why – dreamy chord changes, sleek rhythms and an old-fashioned anti-cynicism make this lot sound like Sheffield’s next big stars of guitar-pop. Only two songs online so far, but we eagerly await more.

Of an altogether darker hue are Dens, who sound like an angst-ridden, Anglicised version of The National at their most down-trodden. ‘Creeper’, the one song they’ve got up so far on Soundcloud, is plunged in black atmospherics but builds into something bolder and brighter, in a bleak sort of way.

We’ve been a little bit in love with Magpies for a while now, but it’s taken us until now to write about them. Magpies started as the solo project of David Broadhurst – "Sheffield’s answer to Bill Callahan", if you want something to put on a poster – but has now expanded into a full band. Their latest recording (and there are plenty on Soundcloud for you to immerse yourself in), ‘Pray For Aeroplanes’, represents exactly what makes them so great, with its uncluttered delicacy and humbling, homemade aesthetic. You can see Magpies supporting Liz Green at The Lantern Theatre on April 18th.

Public School Battalion also seem to have a DIY streak in their sound, in that they play elasticated guitars that remind us of Dartz!, Catweasels, and other wonky north-east indie types of old. This band is Sheffield through and through though, featuring members of Rotary Ten, Urgent Talk and Nat Johnson and the Figureheads. They’ll be supporting Nat’s new band, Without Feathers, at the Redhouse on April 28th and you can hear their brilliant new demos on Bandcamp now.

We’ll also be keeping an eye on Secret Islands, whose dreamy new recording, ‘Clanfield Bells’, is pretty stirring stuff. It’s a little unrefined, but Secret Islands will be challenging Blessa for the title of Sheffield’s most exciting shoegaze band when both support Algiers at The Washington on Thursday.

Tell me about your music. Email me at rob__cooke1@hotmail.com or find me on Tumblr and Twitter.

Modem Life Is Rubbish: Unplug To Save...