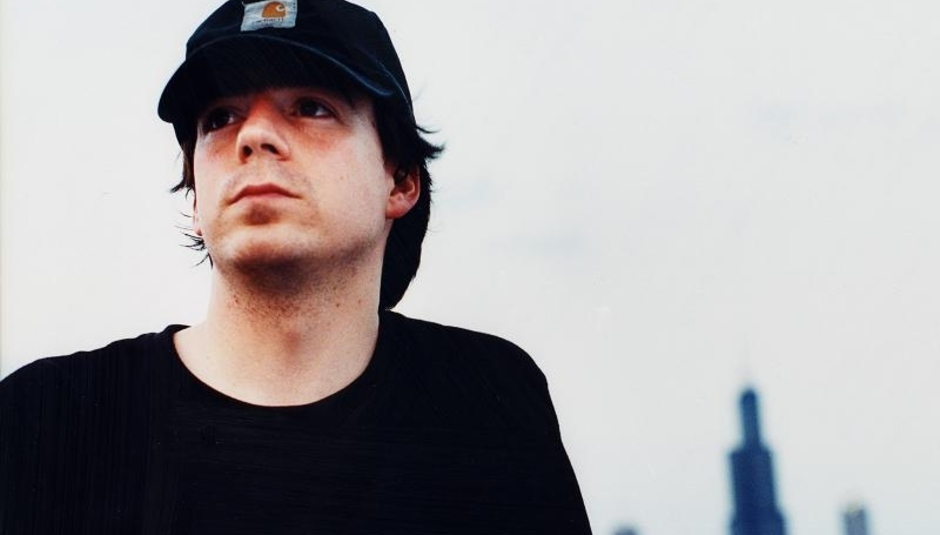 I keep wondering if I’m broken.

It’s not that I don’t react; it’s just that it never seems to be quite the way we’re supposed to. In popular culture, someone gets bad news and they throw up. They sink to the ground. Their face crumples. Cue the strings.

A few hours ago, I heard that Jason Molina had died of organ failure, aged 39, after years of alcoholism. A few hours before that, listening to 'Here Before' by Vashti Bunyan made my eyes prickle, but so far no reaction. (So, when I say “broken” I might also mean hardened; emotionally ossified; walled off.)

Thing is, I’d been expecting the news for a couple of years. When it came via text – from a DiS editor – the original message was ambiguous, and I was on a train, so I texted back for clarification, rather than calling, or suddenly being gripped by anxiety. There wasn’t any because I already knew the answer. Outside, in a startling feat of pathetic fallacy, the view changed from undulating fields and hills at the golden hour to the kind of dark grey sky that’s almost green and makes your head ache. Hmm... pathetic fallacy, I thought. And kept on thinking all kinds of things, relevant and irrelevant, respectful and disrespectful, for the next few hours without feeling much of anything.

One way of explaining what Jason Molina means to us is to say that the music of Songs:Ohia & Magnolia Electric Co was never the soundtrack to any moments of high drama. The lyrics, the progressions, the instruments were all wrong for a mass audience. “If there’s a way out it’ll be / step by step / through the black” he once sang over cellos groaning like redwoods in a storm. Now, I’m not saying his music is or was (or will be) precious because it has yet to be contaminated by association with popular culture. I’m just saying it offered a message too over-powering for any self-respecting director to suborn it to any other image. His music was rarely about a crisis to be neatly resolved in a three-and-a-half minute song. It was often about a process, or a trial; about being on the road; about being between places; about having to work at this business of living. “Simply to live... that was my plan” is not the kind of message that fills a stadium, but Molina’s songs were messages for the times you’ve fallen through the net and can’t be picked up by a cheap and easy sentiment. Figuratively, these were songs about being a ghost, much of the time, which opened them up to interpretation, to anyone who wanted to make them their own. We took too long to learn what they literally meant, to someone used to seeing his face reflected in the mirrors behind bars, or windows at night, and thinking Which one of us is me? (Those of us who were following his story closely thought it was brave enough that he named his depression so boldly, on Let Me Go, Let Me Go, Let Me Go, an album written and recorded in a day, with more sorrow on it than most people express in a career.)

In another life, Jason Molina might have had a song picked out by Rick Rubin to be covered by Johnny Cash, instead of Will Oldham’s 'I See A Darkness' or Trent Reznor’s 'Hurt'; both of them songs about, or touching on, addiction. He wrote plenty good enough. Again, not because fame, or reaching a wider audience, is the telos of art. Instead, because it might have paid for his treatment, in a country where many professional musicians don’t have insurance. You may already have read where Molina has been for the last few years, since he ominously stopped putting out an album or more a year. Perhaps this is the moral of the story, and as news of Molina’s death gets picked up by websites and magazines it’ll be a stick to beat anyone opposing healthcare reforms in the States, and a reminder of the safety net being unravelled in the UK very very fast as elected representatives (less-representative of the populace than at any time in decades) tighten the belts around our necks to pay for white collar crimes they still condone.

There will also be private testimonials. Some will conform to the stages of grief, and others may allude to them. Some will point out the differences between Molina’s slow suicide that merely happened to end at 39 and those of the 27 Club who have the time and resources to get out quicker (not that they had it easy). As Chan Marshall sang, “I don’t blame you”. Some years ago, for stretches of several months at a time over a few years, I felt that I knew what it meant to be in Hell. Not a mediaeval Hell, or a warzone Hell, but a state of complete deprivation of hope and purpose. A state of complete certainty that meat is what we are, and all our forms of culture exist to defer the problem of living; to distract us from ourselves. Every word had to be dredged up, stuttered or sluggish, like something hooked with chains from the bottom of a river whose shape you don’t want to see, but always know what it means. The uncertainty was what would happen if I tried to check out, and fumbled the attempt: organ damage? Nerve damage? Paralysis? Severed tendons? Locked-in syndrome? (The best reasons to stick around were to keep on listening to people who’d been raped, or hit-and-run, or prescribed drugs they didn’t need and made them worse and later were de-scheduled, but for all of these people I was running out of words.)

In time, I realized that a state of spiritual death presupposes a state of spiritual life. Not that I became evangelical for any religion, but I came to see every metaphor and narrative that had been handed down for centuries (or invented anew) as a means to transform your situation; to take you away from yourself, but also bring you back to yourself. In the background (literally) there was always music and the truest often was Songs:Ohia; perhaps also the best, in a moral sense, for never faking a bravado that wasn’t felt, or merely stitching together signifiers of Fun & Excitement in a pattern of Tension & Release that we call a song.

What happened this weekend past shouldn’t spoil our understanding of any of the songs. This shoouldn’t change how we hear the lines “Hold on Magnolia / To that great highway moon / No-one has to be that strong / But if you’re stubborn like me / I know you’re trying to be.” The song ‘Long Desert Train’ doesn’t become cowardly, now, because it tried to be universal – it’s just going to sound like a missed opportunity to let people know what the specific problem was. Universality can be a cheap trick in the wrong hands, but Molina nailed it there by writing a song about reaching out to someone who – by the end of the song – you realize is everyone who ever suffered: “You said you’d never be young enough... or old enough... or strong enough... or pretty e-nough... you were to us.” (In a sense, it’s the song that actually does what a song as great as ‘Reckoner’ by Radiohead merely promises to do, and addresses itself to all human beings.)

So there you go. DiS asked me to say something quick and personal, and, reading between the lines, implied it was a duty of sorts because another moral was: get it said before it’s too late. A lot of us were grateful that Molina sang “Hammer down / Heaven bound / sometimes I think that I’ve always been sick / and I don’t have the will to hide it” and now we’re going to wish that he sang different words; something more specific that gave a few more friends a clue that he needed to put the bottle down, instead of inserting himself into a blues tradition with songs about John Henry fighting the Devil. On the other hand, when you’ve learned the value of a story, they become more true; a kind of immortality you can believe in as they migrate from mind to mind. On 'The Big Game Is Every Night,' Molina imagines the whole of American culture as a spectral baseball game in which the names seem familiar – like Zimmermann – and as you watch from the stands the announcer calls out “Mark Twain to Thomas Jefferson… strike”. That’s where he is now, out on the diamond. And without even playing a note, you can feel something again.

Fans can contribute to Jason’s medical fund as a memorial gift by sending money via PayPal.